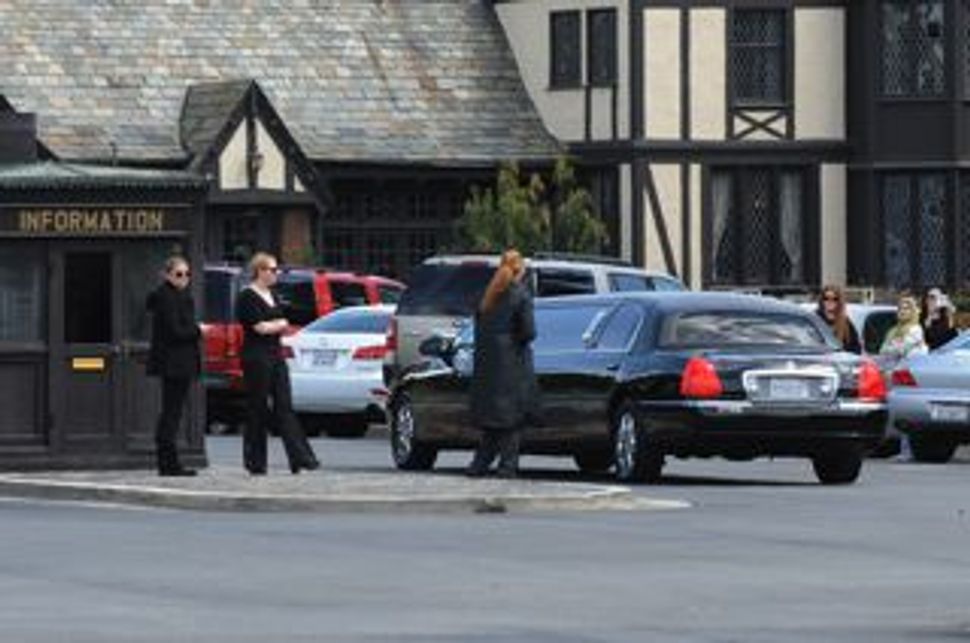 Even as she made her final exit, Elizabeth Taylor knew how to make an entrance.

At the star’s request, Taylor’s funeral began 15 minutes past schedule yesterday in California, London’s Daily Mail reported. “She even wanted to be late to her own funeral,” the paper quoted her publicist as saying.

Presided over by a rabbi, the private burial included at least one other element of Jewish tradition — but dressed up, of course, in Taylor’s typically extravagant style.

The actress’s $11,000 coffin was “a top of the line, traditional Jewish casket,” TMZ reported — but spruced up with some non-traditional features, including red velvet lining and a pillow to match.

Despite rumors that Taylor would share a cemetery with another bombshell convert to Judaism — Marilyn Monroe — the “Cleopatra” star was buried instead at Glendale’s Forest Lawn Memorial-Parks and Mortuaries. She will spend eternity not far from one of her famous friends, Michael Jackson.