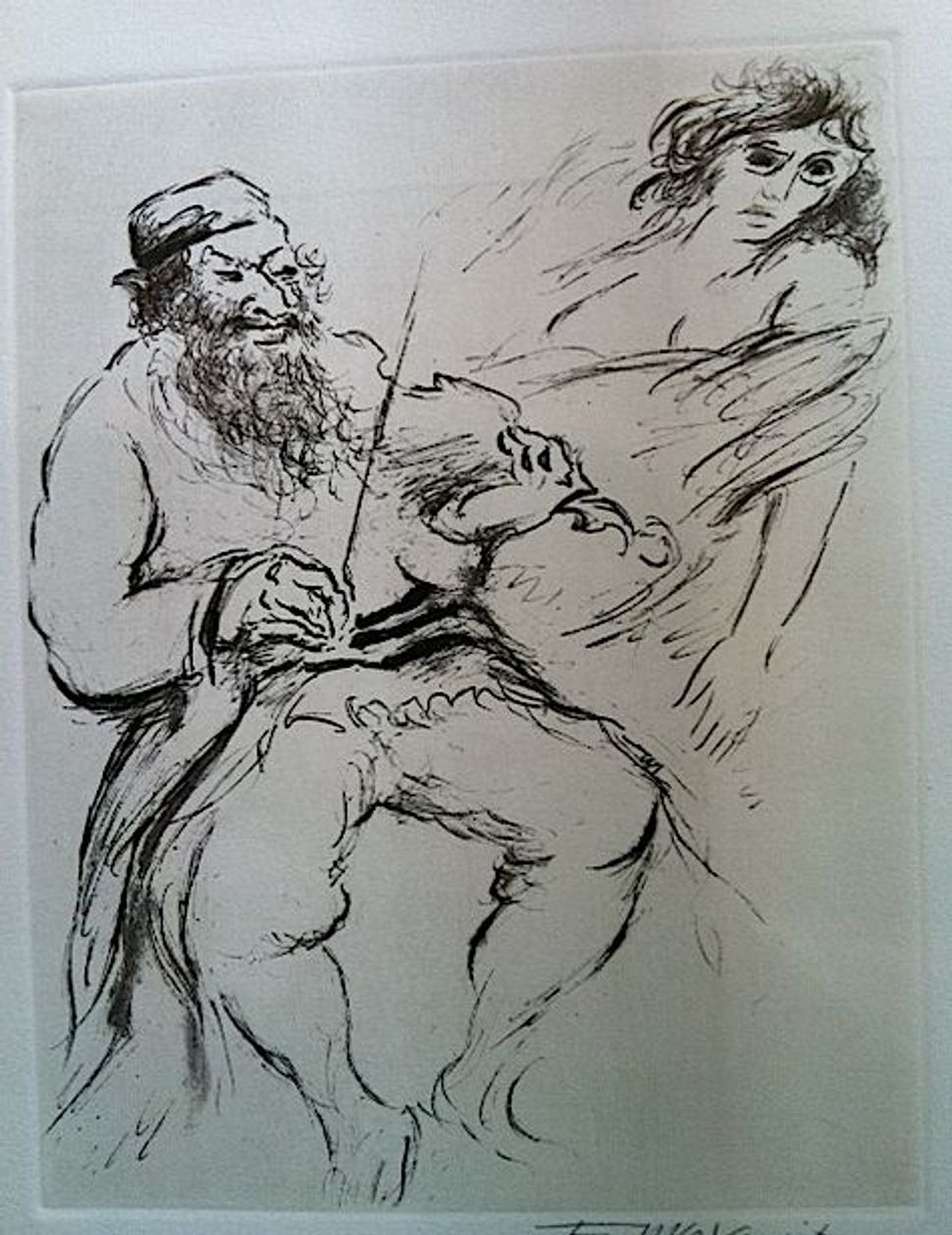 Courtesy of Cantor Bob Scherr at the Jewish Religious Center

An exhibition of rare Jewish books, now on display at the Jewish Religious Center at Williams College, Massachusetts, marks the center’s 20th anniversary. Alumnus and Jewish art collector Sigmund R. Balka loaned the books — part of his own personal Judaica collection — to the center as a means of honoring its contribution to his alma mater and passing his love of Jewish heritage on to the next generation.

Balka had a different experience from the current Jewish students at Williams: “When I began at Williams there was no Jewish center. In fact, there were very few Jewish students and certainly no place they could worship. There was compulsory chapel,” Balka, who graduated in 1956, told the Forward.

The passing of multiple new administrations since Balka’s college years has rendered the college more accepting and multi-faith, he says. Balka feels an emotional connection to the Jewish center as a symbol for Jewish students and a focal point for religious and cultural activity; “It was moving,” he remembers, “to be at the initiation of the Jewish center 20 years ago, when the prior history of the college, which was not empathetic to Jewish students, was frankly spoken about. Jewish students were able, for the first time, to have a home on campus, to be part of the student body instead of outsiders.”

For “L’dor Vador: Legacy and Responsibility,” Curator Robert Volz, Custodian of the Chapin library, chose six books from Balka’s collection that reflect the idea of passing down traditional Jewish wisdom. “Aron-Hakodesh (The Holy Ark): Jewish Life and Lore” by Saul Raskin, from 1955, depicts the life of a boy named Moishele through illustrations and notes in Yiddish and English, ultimately telling of Israel and the Promised Land. Isaac Bashevis Singer’s “Satan in Goray” is illustrated by Ira Moskowitz in this limited edition, one of only 50 signed by the author and illustrator.

The biblical text “The Song of Solomon” (1930), color plated by Ze’ev Raban, takes pride of place in the exhibition. Extravagantly embossed and bound in dark brown leather, the first edition text is in Hebrew calligraphy and presented with a decorative border and English translation in printed letterpress.

These six manuscripts are part of Balka’s larger collection of 120 rare books of Jewish interest. His lifelong enthusiasm for art has been reflected in his extensive curating work at the Galleries at Krasdale as well as in his own impressive personal collection. In 2006, Balka donated 200 works in all media, including painting, print and sculpture to Manhattan’s Hebrew Union College-Jewish Institute of Religion, which initially featured as an exhibit entitled “The Eye of the Collector: The Jewish Vision of Sigmund R. Balka” which is now touring the country.

Speaking at Williams on April 8, at the opening of the exhibition, Balka said: “In this age of Holocaust, destruction, and financial chicanery, let the spiritual star that guides you provide the light for your life. Then you will be entitled to be called, if you are a man, a mensch. And if you are a woman, an eshet hayil. L’chaim, to life, and shalom, may peace be with you.”

“L’dor Vador: Legacy and Responsibility” runs at the Jewish Religious Center at Williams College until the end of April.