National Poetry Month: ‘In the World He Created According to His Will’ 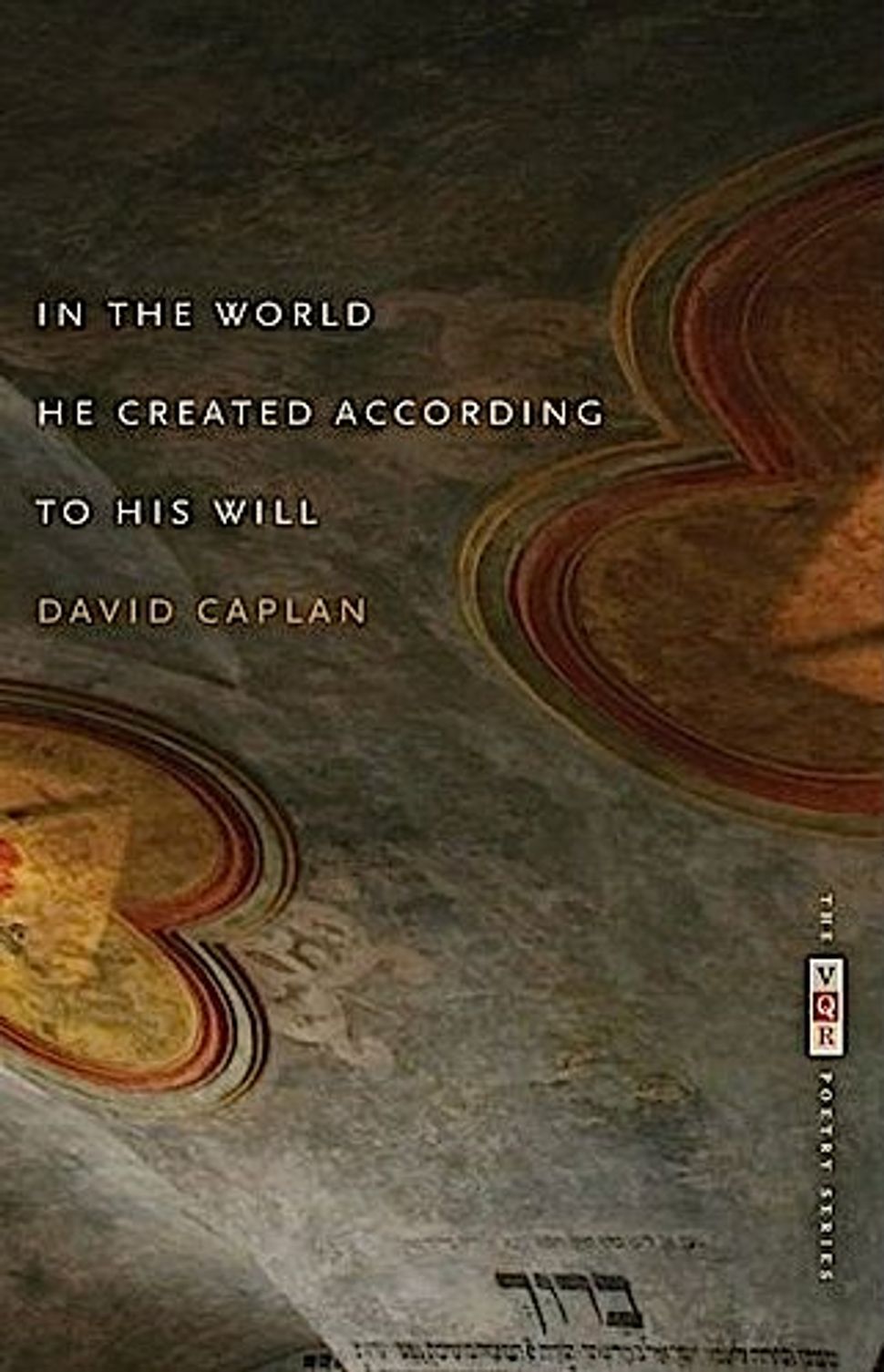 The poetic practice of praising God through his works is of such long standing (as long as the history of religious poetry, perhaps) that it would seem difficult, if not impossible, to offer a new and contemporary take on the tradition. But in the title poem of David Caplan’s recent collection, “In the World He Created According to His Will,” Caplan manages to turn the form inside out, while still creating a deeply spiritual meditation on nature, human relationships, and God. Here, instead of perceiving God through nature, the opposite is the case — the beauty of a natural scene is imbued with a spiritual aura thanks to the prayer uttered by the speaker’s partner. “What returns you to these words/ in the pause between tides, the rising/ and falling back not only of water?” Here God is as much a means as an end, with the supplicant’s prayer binding the rest of the poem’s elements together.

Caplan is a professor of English at Ohio Wesleyan University and a contributing editor to the Virginia Quarterly Review and Pleiades: A Journal of New Writing. His poetry has been published in the New England Review and the Antioch Review and he is the author of “Questions of Possibility: Contemporary Poetry and Poetic Form,” among other books.

The fishermen return in light so pure
they barely see the bay beneath their dories,
the familiar shimmering where morning burns
to afternoon, spring almost to summer

So they row by rote toward the spindly-legged pier,
the seawall shading the beach to mud.

You, waking, looking at me as if I too were water.

Our pace is too pedestrian to disturb
the seagulls on rails, lording over us.
The sidewalk is an upturned pal, its lifelines
longer than towns.

Waving off my elbow, you tell me
something so softly I cannot hear it
sbove the low-tide, midsummer whispers
of the surf. So softly, a joke is a story,

a story a question. I wish I knew
how to listen harder, without pity,
not only to you …
Your hand grips my arm.

You’re stronger, today.
The staccato mumble of wind-helped rain
that I wake to is you
praying in the next bedroom.

The Lord our God, the Lord is one …
What returns you to these words
in the pause between tides, the rising
and falling back not only of water?

Too tired, you quiet.
Past the harbor, trawlers wait
for the nets to fill, the familiar
shallows beneath their lead-ballasted keels

National Poetry Month: ‘In the World He Created According to His Will’