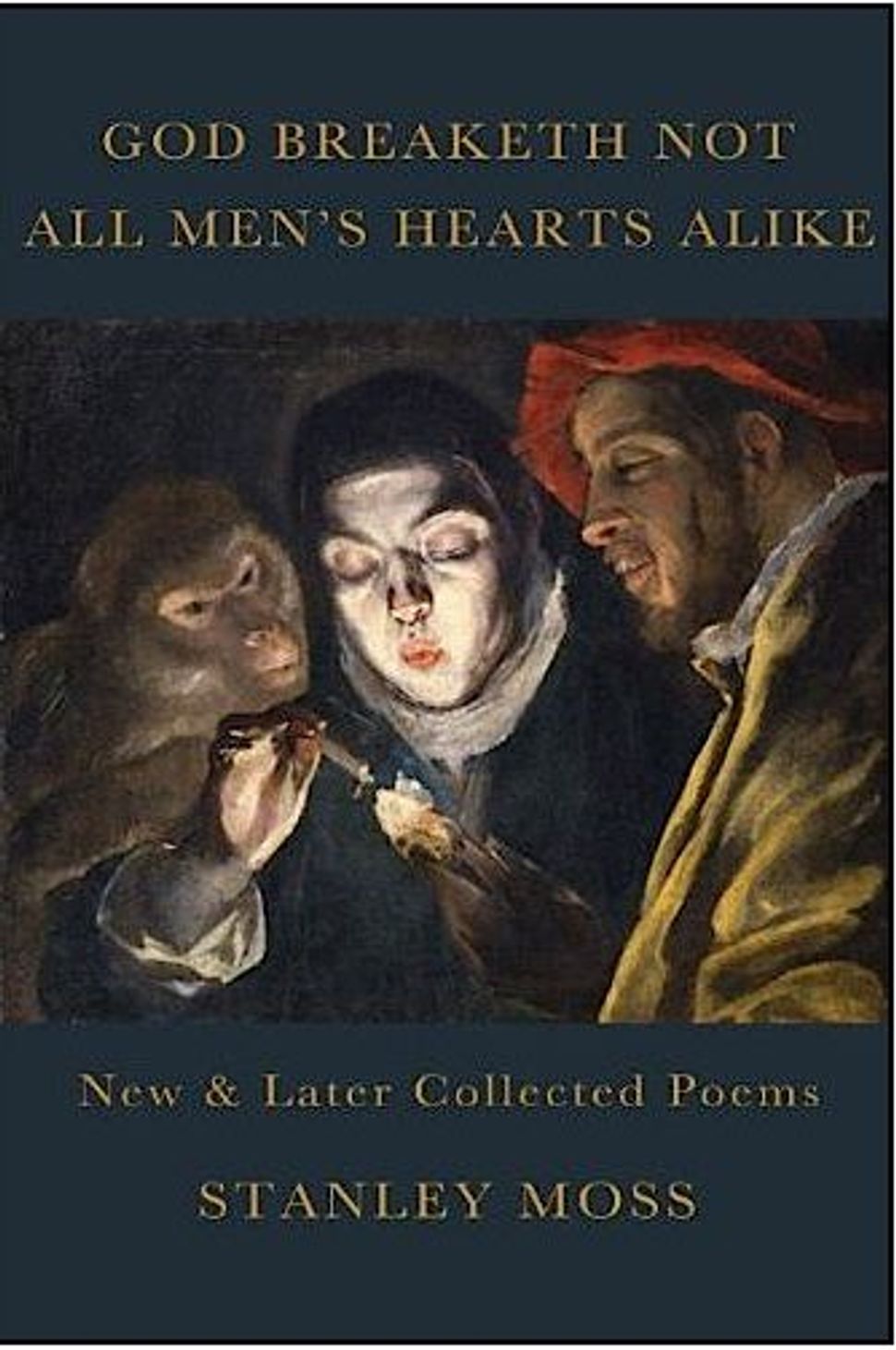 Read more about Moss’s views on writing in the special Poetry Month pre-Passover interview, along with those of six other poets, here.

The first days of April in the fields —
a congregation of nameless green,
those with delicate faces have come
and the thorn and thistle,
trees in purple bloom,
some lifting broken branches.
After a rain the true believers:
cacti surrounded by yellow flowers,
green harps and solitary scholars.
By late afternoon a nation of flowers: Taioun,
the bitter sexual smell of Israel,
with its Arabic name, the flowering red clusters
they call Blood of the Maccabees,
the lilies of Saint Catherine, cool to touch,
beside a tree named The Killing Father,
with its thin red bark of testimony.
In the sand a face of rusted iron
has two missing eyes.

There are not flowers enough to tell,
over heavy electronic gear
under the Arab-Israeli moon,
the words of those who see in the Dome of the Rock
a footprint of the Prophet’s horse,
or hear the parallel reasoning
of King David’s psalms and harp,
or touch the empty tomb.
It is beyond a wheat field to tell
Christ performed two miracles: first he rose,
and then he convinced many that he rose.
For the roadside cornflower
that is only what it is,
it is too much to answer
why the world is so, or so, or other.
It is beyond the reach
or craft of flowers to name
the plagues visited on Egypt,
or to bloom into saying why
at the Passover table Jews discard
a drop of wine for each plague, not to drink
the full glass of their enemy’s suffering.
It is not enough to be carried off by the wind,
to feed the birds, and honey the bees.

On this bright Easter morning
smelling of Arab bread,
what if God simply changed his mind
and called out into the city,
“Thou shalt not kill,” and, like an angry father,
“I will not say it another time!”
They are praying too much in Jerusalem,
reading and praying beside street fires,
too much holy bread, leavened and unleavened,
the children kick a ball of fire,
play Islamic and Jewish games:
scissors cut paper, paper covers rock, rock breaks scissors.
I catch myself almost praying
for the first time in my life,
to a God I treat like a nettle
on my trouser cuff.
Let rock build houses,
writing cover paper, scissors cut suits.

The wind and sunlight commingle
with the walls of Jerusalem,
are worked and reworked, are lifted up,
have spirit, are written,
while stones I pick up in the field
at random have almost no spirit,
are not written.
Is happiness a red ribbon on a white horse,
or the black Arabian stallion
I saw tethered in the courtyard of the old city?
What a relief to see someone repair
an old frying pan with a hammer,
anvil and charcoal fire, a utensil worth keeping.
God, why not keep us? Make me useful.