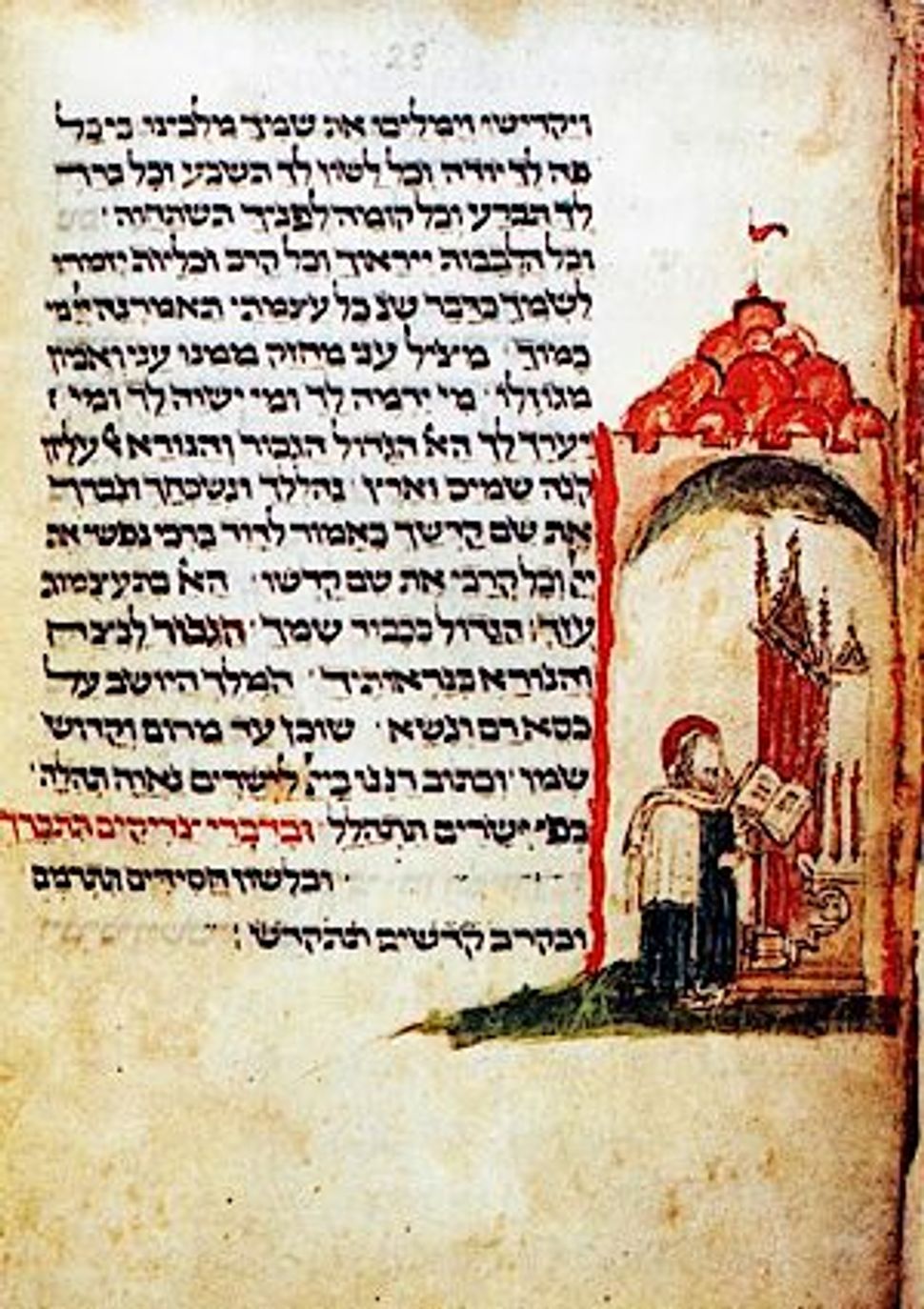 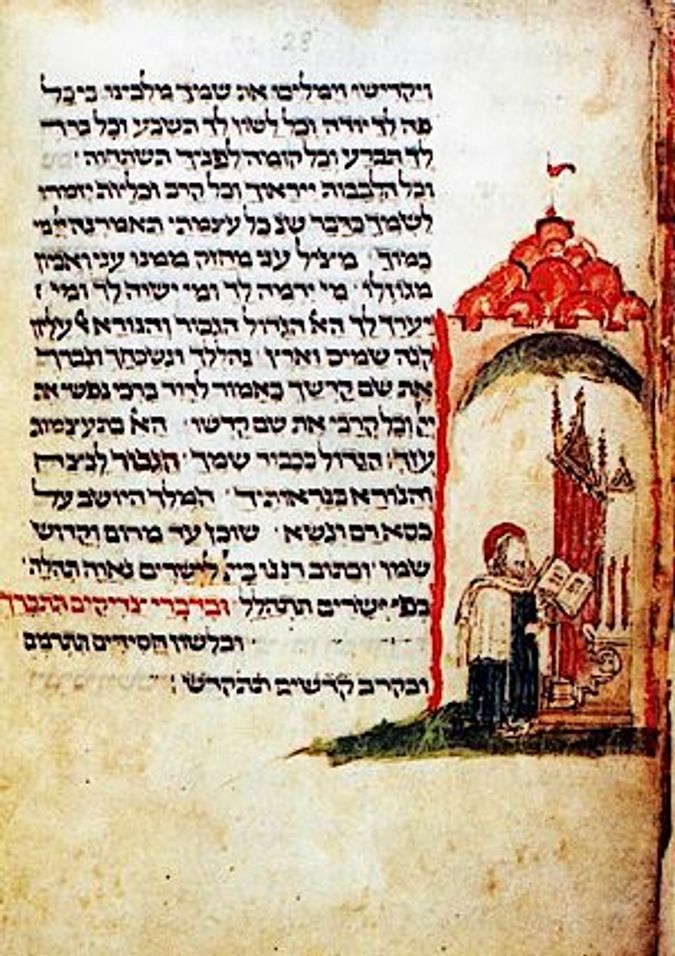 Bar-Ilan University professor Ilia Rodov has written an important and useful article on medieval Torah Arks, especially those tall tower types, well known from representations in many illuminated medieval manuscripts. The article, “Tower-like Torah Arks, the Tower of Strength and the Architecture of the Messianic Temple,” was recently published in the prestigious art historical Journal of the Warburg and Courtauld Institutes.

Rodov’s article accomplishes three tasks. First, he has inventoried the number of occurrences and described the variety of known Spanish, Italian and Ashkenazic arks that meet a broad definition of “Tower-like Torah Arks.” These include examples shown in Spanish Haggadot, such as British Library Mss 2884, where the Aron HaKodesh is shown as a substantial fortified architectural element; to the tall ornate Gothic-style free-standing cabinet-type arks illustrated in Northern European manuscripts.

Just bringing all these illustration together is handy. Previously, one could only find most of these illustrations in Thérèse and Mendel Metzger’s (still indispensable) “Jewish Life in the Middle Ages: Illuminated Hebrew Manuscripts of the Thirteenth to the Sixteenth Centuries” (1982). Second, Rodov places these arks in the context of other ark designs and also, but to a lesser extent, compares them to contemporary non-liturgical and non-Jewish furniture designs (I would have liked to see more on this, especially comparisons with furniture from churches and mosques).

The real purpose of the article, however, is found in Rodov’s third task — to find meaning for the use of the tower form for synagogue arks. He reviews how an early tradition of ark design and meaning is linked to descriptions of the movable Ark of the Covenant described in scripture. He ultimately links the tower form to the well known passage in Proverbs 18, “The name of the Lord is a tower of strength (midgal oz),” which seems a reasonable association. There is much more to his discussion of the Torah ark as a “stronghold of faith.”

I am also grateful to Rodov for including in the article the identification and translation of the inscriptions from the great four-pillar bimah structure in the 18th-century synagogue of Tykocin, Poland. This is a building I refer to often, but am usually so focused on the ornate — almost Rococo — style ark (built into the wall), that I have forgotten about the significance of the inscriptions on the bimah. Here the presence of Proverbs 18 is an indication that the “tower of strength” has migrated from the place where the Torah is stored to where it is read. Seeing this “bimah-support” structure as a “tower of strength” is natural, since it not only symbolically supports the synagogue, but actually plays an important role in the physical support of the vaults and roof. Rodov refers to the identification and reconstruction of the Tykocin inscriptions in the 1982 Polish article by A. Pakentreger in the Bulletin of the Jewish Historical Institute of Warsaw. Four inscriptions on the bimah cite biblical references to towers (Song of songs 8, Proverbs 18, Song of Songs 4, and Psalms 18).

Although I have some reservations about some minor points and conjectures in this article, these are topics that cannot be resolved and speculation is welcome. Rodov’s linkage of the Ark to the rest of synagogue decorative programs and painted inscriptions is very important (and his colleague at Bar-Ilan University, Bracha Yaniv, is leading the way in examining the extensive wall inscriptions in Polish synagogues). The time is also right to link the manuscript and iconographic tradition to new archaeological finds, and also to renew and further the consideration of medieval Judaica to view it in both its Jewish context, but also in its European (or north African, or Asian) cultural context. I will add this article to the reading list for my art and architecture of the synagogue class. Surprisingly, there are relatively few articles that investigate in details the history, design and meaning of the small number of essential synagogue furnishings and decorations.