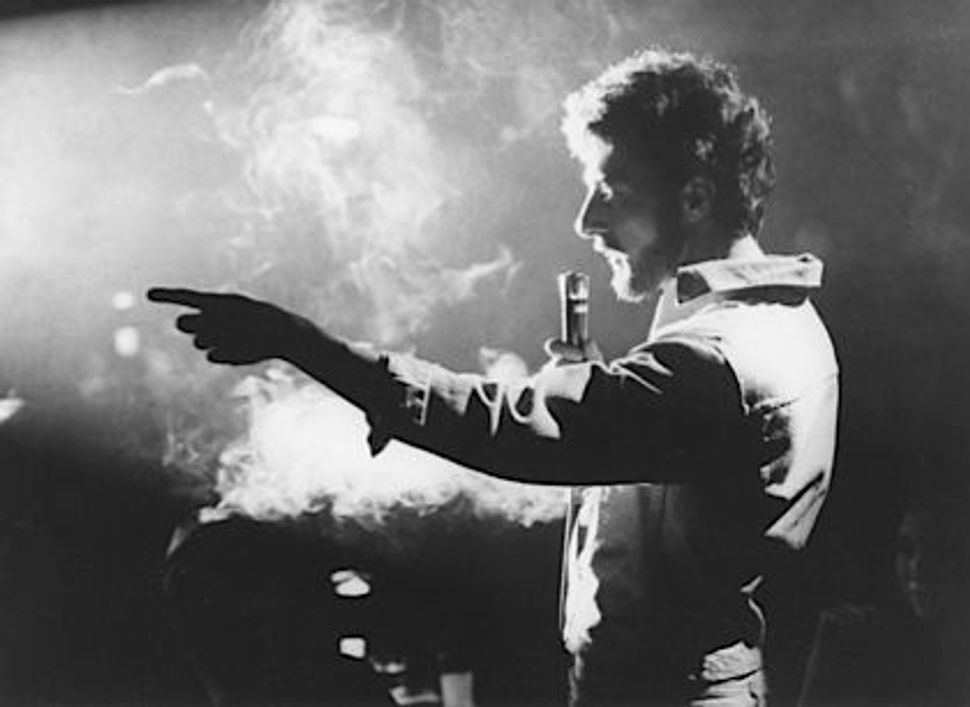 Nearly 50 years after his landmark Carnegie Hall performance, and 44 years since his drug-related death, Lenny Bruce still has the power to shock. And as long he’s onscreen, it’s impossible to look away from Elan Gale’s Looking for Lenny, a new documentary whose North American premiere opens this year’s Toronto Jewish Film Festival on May 7. But with an overdose of celebrity interviews, and a regrettable final third that makes tenuous connections to Don Imus to Michael Richards, the film feels more like a well-meaning term paper than a compelling portrait of a tortured genius — tortured, that is, by the establishment he mocked.

Some of the interviews do shed light on Bruce’s place in the pop pantheon. “If it wasn’t for Lenny Bruce, we wouldn’t have had Richard Pryor or George Carlin,” says comedian Rob Riggle. “And it’s usually the first guy through the breach who takes all the bullets.” Likewise, cultural agitator Paul Krassner reminds us that Bruce was an “activist, transforming horror into humor.” And Kitty Bruce, Lenny’s daughter, provides poignant memories of Bruce’s desperation toward the end of his life — and of her own unbearable grief at learning about his death.

Inexplicably, though, B-list director Troy Duffy — director of infamous megaflop “The Boondock Saints” — gets more camera time than anyone else, and talking heads like comic nuisance Bobby Slayton use their time onscreen to show off or self-analyze. As the film progresses, it makes unsuccessful — and wrongheaded — attempts to link Bruce’s First Amendment heroism to antics like Richards’s 2006 “n-word” incident and Imus’s “nappy-headed hos” episode. And while we learn a lot about what Jon Lovitz and Lisa Lampanelli think, we get zero insight into what shaped Bruce, and what kinds of life experiences might have birthed such a singular talent.

Still, the film is worth watching for the chance it offers to revisit one of the seminal Jewish troublemakers of our age, and to remind ourselves again of what fueled his righteous rage. “Lenny Bruce didn’t pave a path for comics,” says Robert Klein in the film. “He paved a path for people to criticize.”

The film does have a bonus for Forward readers, though. Halfway through the film, Bruce holds up a copy of the Yiddish Forverts and insists the headline reads, “A Star Is Born.”