A Scientist From the Overachieving Panofsky Family 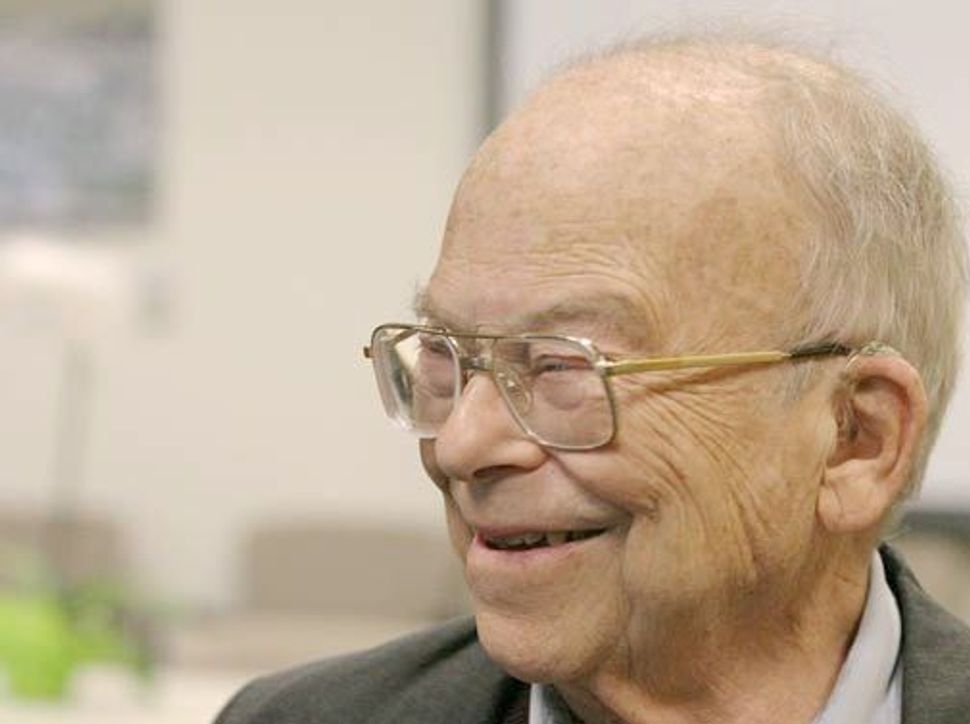 The German-born Jewish physicist Wolfgang Panofsky confounds the general rule about offspring of geniuses being disappointments. Son of the eminent art historian Erwin Panofsky, Wolfgang was not just an accomplished scientist who made contributions to the Manhattan Project, but was also a delightfully witty man, as proven by a new paperback edition of his charming 2007 memoir, “Panofsky on Physics, Politics, and Peace: Pief Remembers,” out in November, 2010 from Springer Verlag.

Pief, as he was known by classmates, gracefully matched a family precedent for overachieving. Still in print are Erwin Panofsky’s magisterial works, such as “Life and Art of Albrecht Durer” from Princeton University Press; Studies in Iconology from Westview Press; and a brilliant ongoing series of Panofsky’s correspondence from Harrasowitz Verlag.

Panofsky once joked that he would have “nothing to do with” his small children “until they could speak fluent Latin.” Pief adds that his father “taught me chess when I was four, but ceased playing with his children when they started winning.” Other overachieving ancestors may have made their father seem less daunting; Pief’s maternal grandfather Isaac Albert Mosse was legal adviser to Japan’s Meiji government; Mosse’s moving letters home from Japan were published in 1995 by Iudicium Verlag.

Mosse’s daughter Martha, Pief’s aunt, was the first female police Councilor of Prussia, who survived the Holocaust and testified at the Nuremberg Trials. In the 1930s, when required to reciprocate Hamburg schoolteachers’ greetings of “Heil, Hitler!,” the solution of Pief and his friends was to reply “with so much false enthusiasm that the poor teachers were unable to lower their arms, even for a short period of time.”

After emigrating with his family to America in 1934, Pief witnessed how a “compulsory chapel” rule at Princeton motivated many goyish students to attend the local synagogue, so as “not to spoil the weekend,” until the university caught on and established a rule that “Christians could not attend Jewish services, although Jews were free to do the inverse.” At Princeton’s Institute for Advanced Study, where Erwin Panofsky worked, Pief sometimes served as chauffeur for his father and his friend Albert Einstein; one 1930s drive was interrupted by a local policeman who stopped their car, declaring that he did so not because of any traffic infraction, but “I just wanted to look at the great man [Einstein].” Panofsky on Physics, Politics, and Peace allows readers a distinctly enjoyable glimpse at another great man, who died in 2007 at age 88.

Watch this Wolfgang Panofsky lecture in 2007 on nuclear weapons at Stanford University.

A Scientist From the Overachieving Panofsky Family