Picasso and the Cone Sisters 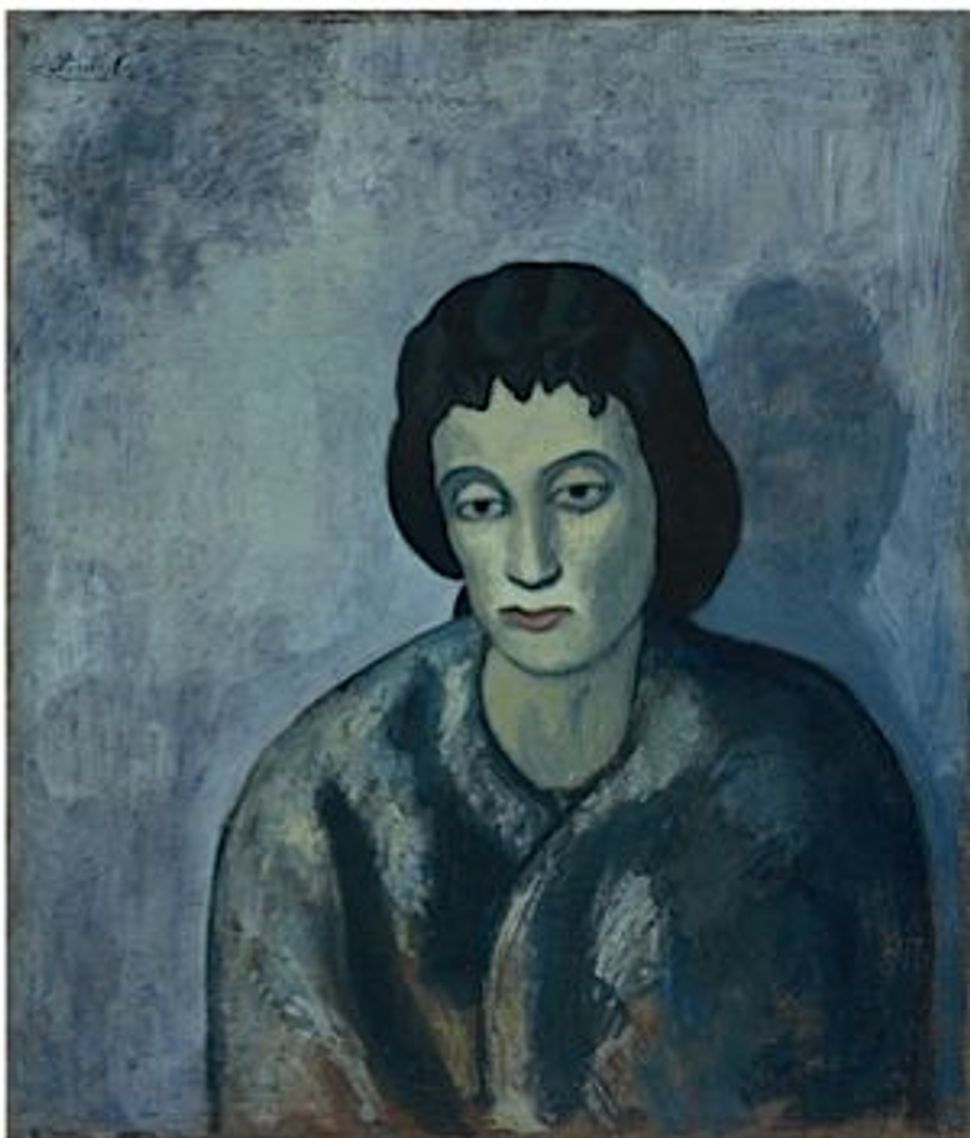 Pablo Picasso, ?Woman With Bangs,? 1902. Courtesy of the Baltimore Museum of Art.

Claribel and Etta Cone were born in Baltimore in 1864 and 1870, respectively. Two daughters from a large family of German Jewish immigrants, they were in many ways ahead of their time. Claribel Cone went to medical school and later became a professor at Johns Hopkins University. Neither sister ever married, and together they traveled, met artists and writers, and formed an important collection of modern art, which Etta Cone ultimately bequeathed to the Baltimore Museum of Art. A portion of this collection, along with archival material, is currently on view at The Jewish Museum in New York.

The Cone collection is most renowned for its Matisse holdings, but, as I will explain in a May 16 lecture at the museum, the two sisters were avid collectors of Picasso’s work as well. While the Picasso holdings currently on view at The Jewish Museum are modest, they rekindle interest in the points of intersection between these collectors and the artist.

Etta Cone met Picasso in Paris in 1905 through old Baltimore friends Leo and Gertrude Stein, who were already living in Paris at the famed 27 rue de Fleurus. The first work by Picasso Etta likely saw is “The Acrobat’s Family” (1905), which had been recently purchased by Leo, and hung in the home he shared with his sister. Gertrude would take Etta along with her to Picasso’s studio when she was sitting for her portrait, where Etta would make purchases directly from the artist. Picasso biographer John Richardson claims that she picked up random drawings off of Picasso’s studio floor and paid for them as a kind of “romantic charity,” as Stein would later refer to it. Cone sisters’ biographer Ellen Hirschland disputes this, saying the purchases she made were carefully chosen. While the sums paid were modest (equivalent to approximately $2 a drawing), it was an important source of support to the penniless Picasso at that time. All in all the sisters amassed over 60 of his works, primarily works on paper.

When Etta met Picasso, he was 24 and as yet relatively unknown as an artist. He was working on a series of paintings and drawings of itinerant acrobats and harlequins from the Circus Medrano. These images have become some of the most beloved in his career, and many people’s appreciation for Picasso stems from this series. Etta Cone purchased a number of these works, including preparatory sketches. She and her sister continued collecting Picasso’s work through 1906, including drawings Picasso made while in Spain with Fernande Olivier. There in the village of Gosol, Picasso would draw the villagers. Two works from this period, a woman with a basket and a pair of roosters, are in The Jewish Museum exhibition.

Like their friend Leo Stein, the Cones parted ways with Picasso when he began his cubist experimentation with the landmark “Demoiselles D’Avignon” (1907). Although they bought one drawing, “Nude with Raised Arm” (1907), that is likely a sketch for this painting, they subsequently turned their attention to collecting works by Matisse.

Fifteen years later, in 1922, Etta and Claribel would once again come to Paris and buy work directly from Picasso. By then he was working in a neo-classical style, retreating from the more radical investigations of the pre-war period. They would acquire “Mother and Child” (1922), among other works. It was not until after Claribel’s unexpected death in 1929 that Etta would acquire a Blue Period painting, “Woman With Bangs” (1902). Purchased from Gertrude Stein, it is an intense, brooding painting of a woman’s face, and stands out in the exhibition for its emotional pain.

The exhibition includes two drawings Picasso made specifically for the Cone sisters. One shows the artist himself, dressed neatly in a dapper jacket, top hat in hand. He sent the drawing, inscribed “Bonjour Mlle Cone,” to Etta after she had returned to Baltimore in 1907. Picasso perhaps depicted himself in the way he would be most acceptable to her, sans the bohemian sailor shirt that was his virtual uniform. There is also a drawing of Claribel Cone, an imposing woman in an armchair, drawn in a neo-classical style. These drawings are a testament to the relationship between the sisters and the artist, and help to reinvigorate this piece of history.

Picasso and the Cone Sisters