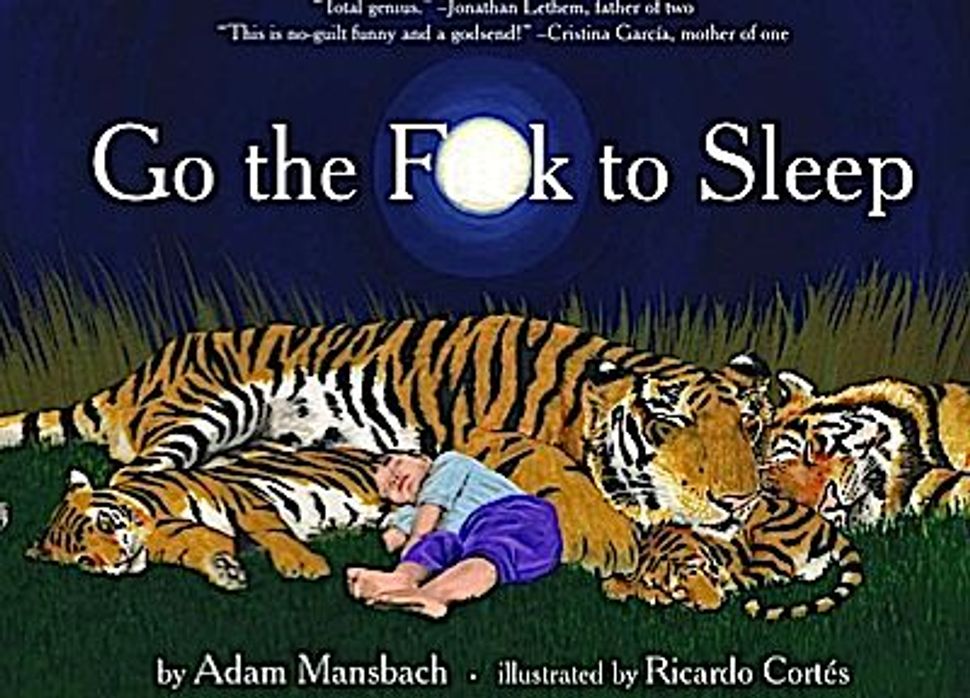 Mansbach is best known for his cheerily titled books “Angry Black White Boy: A Novel” and “The End of the Jews: A Novel,” But he has clearly met with parenthood in a meaningful way and his new book, “Go the F***| to Sleep” has touched a chord beyond his normal readers.

Among the rhymes that did make it is:

The wind whispers soft through the grass, hon.
The field mice, they make not a peep.
It’s been thirty-eight minutes already.
Jesus Christ, what the f***|? Go to sleep.

Akashic Books and Mansbach are staying tightlipped on the whole leak, but, with only a month until launch date, they surely aren’t too bothered with the pre-publication buzz, after all, a pdf is no substitute for a hardback book for a new parent. And 32 pages is about all they’ll have time to read.