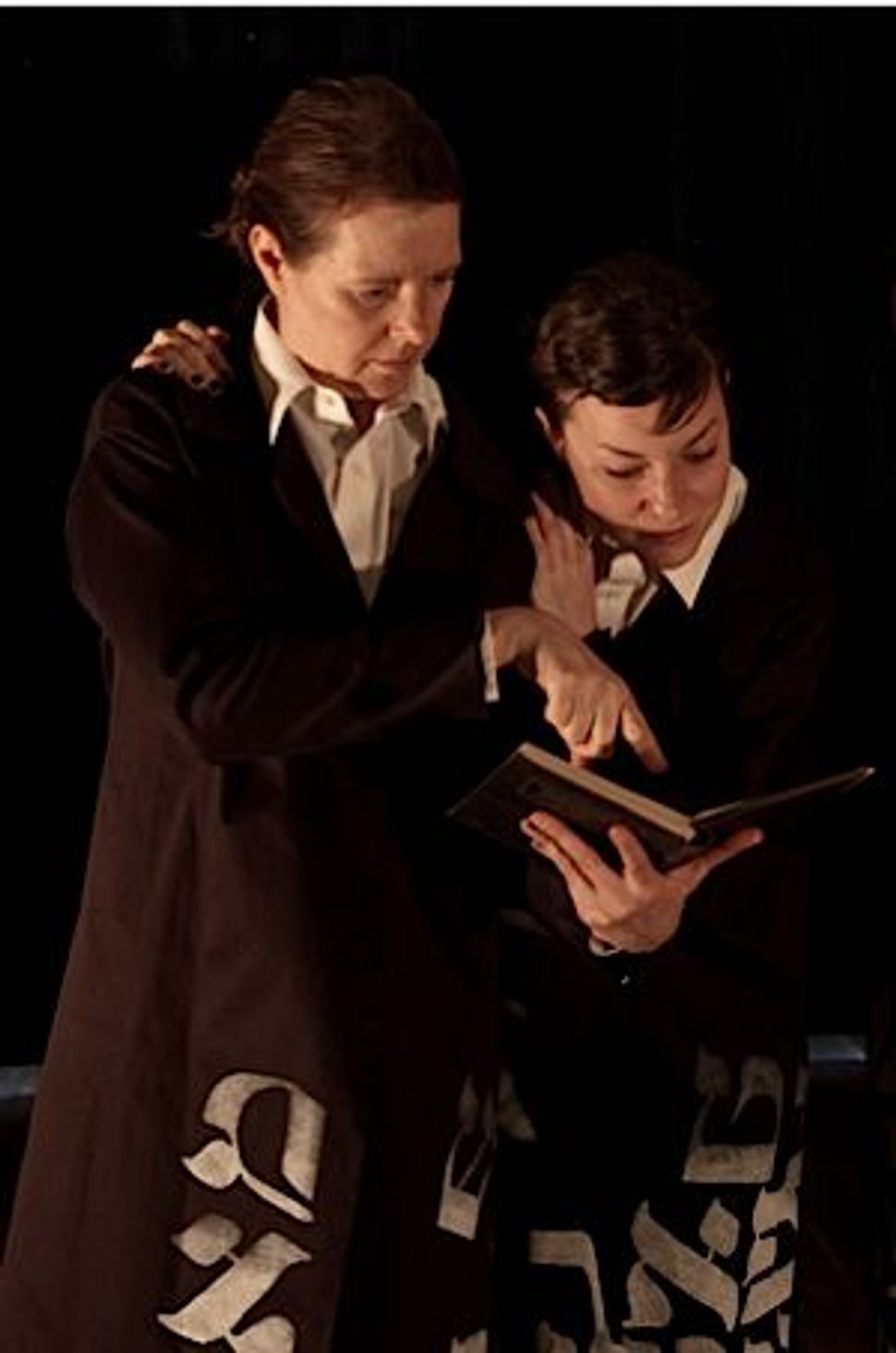 S. An-sky’s “The Dybbuk” is arguably the most famous play and film in the cannons of Yiddish theater and cinema. Written in 1914 and first produced by the Vilna Troupe in 1920, “The Dybbuk” is an otherworldly tale, based on Jewish folklore collected by An-sky during a three-year ethnographic expedition through Russia and Ukraine. In the play, Leah, the daughter of a rich merchant, is possessed by the dybbuk of her suitor Hanan, who died after Leah’s father opposed the match. Though an attempt is made to exorcise the Dybbuk and allow Leah to marry her new suitor, she ultimately chooses to unite with her first lover in death.

In addition to its original stage performance in Yiddish, “The Dybbuk” was translated into Hebrew by Haim Nahman Bialik, into English by Henry G. Alsberg, and was produced as a Yiddish film in 1938 by Polish-Jewish director Michael Waszynsky. Now, a production of “The Dybbuk” is being staged from May 22 to 25 in Montreal by Uncatalogued Productions, featuring an all-female cast. The Arty Semite spoke to director Avia Moore about the significance of this casting decision, as well as the ways in which this production experiments with one of the most experimental Yiddish plays.

Ezra Glinter: Why “The Dybbuk”? Isn’t there a less famous play to bring to the public’s attention?

Avia Moore: Almost every company that does Jewish work, and many companies that don’t do Jewish work, have done “The Dybbuk” at one time or another, yet it’s still considered a very difficult play to produce. So we thought that we might as well start off with the classic and go from there. And we were looking for something that would appeal to multiple populations in Montreal — the English theater community and also the Jewish community.

Why use an all female cast?

It gives us the opportunity to see what it’s like for a female to inhabit this very masculine world of the play, in which a lot of the action results from the main female character not having control of her own life. So we see a lot of the gentler sides of the characters. The rabbi who performs the exorcism is often played as a very old and tired man, but who has a lot of power. With a woman playing that role we see more sympathy and empathy emerge.

Another major component of this production is that we have only five ensemble members and the script calls for over 30 roles. So everybody across the board plays multiple roles.

How else does this production differ from previous performances of “The Dybbuk”?

Even though we use the English translation of the play, we’ve incorporated a lot of the original Yiddish back into the script. At no part would a non-Yiddish speaker lose the story line, but it does heighten the discrepancy between understanding and not understanding — depending on who you are in the audience you’ll understand different parts. I wanted to highlight the fact that there are strange forces at work in the play, and by putting those forces into Yiddish it heightens the dynamic between our world and another world.

Also, the production and the set are highly stylized. We hand-sewed all of the costumes and hand-painted them with Jewish phrases and words. It’s a little Brechtian — each costume has the name of the character written on it in Yiddish and a phrase on describing something about the character.

The venue for this production, La Sala Rossa, is a contemporary performance venue that also has a lot of history. What is the significance of producing the show there?

We’re really excited about that. La Sala Rossa was built by the Workmen’s Circle in the early 1930, so this is not the first time a Yiddish performance has been heard in those walls. Within memory it has been a space for this type of work.

Are there going to be future performances after the run in Montreal?

We’ve been working toward this run without much thought of later dates, but depending on audience response we’d like to look at a tour of early to late fall of next year in Eastern Canada, and then maybe the U.S. We’ve gotten a lot of response from people out of town who want to help us set up a tour.