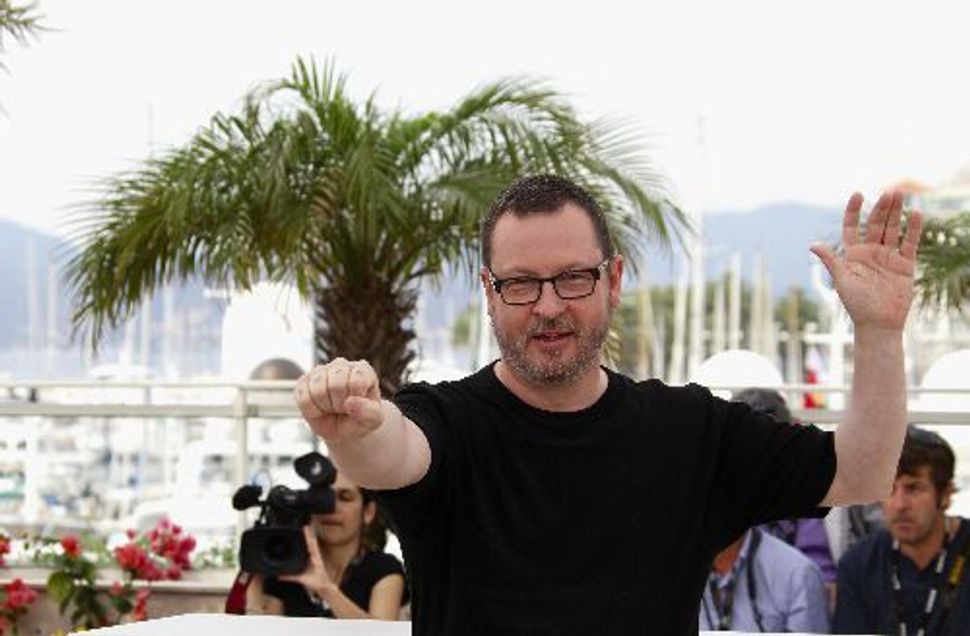 After causing a stir at the Cannes Film Festival this morning, Danish director Lars von Trier has issued an apology, clarifying that he is a weirdo — but not a Hitler-admiring weirdo.

The festival’s organizers also issued a press release, saying they were disturbed von Trier’s remarks — apparently poorly delivered jokes — that “I understand Hitler” and “I am a Nazi.”

The press release included von Trier’s apology, in which he wrote, “I am not anti-Semitic or racially prejudiced in any way, nor am I a Nazi.”

The famously eccentric von Trier, the winner of Cannes prizes in past years for films including “Dancer in the Dark” and “Breaking the Waves,” made today’s comments after being asked about his family’s German background. (The director himself was born in Denmark in 1956.)

“For a long time I was a Jew and I was happy to be a Jew. Then I met Susanne Bier and I wasn’t so happy,” he said, referring to the Danish-Jewish filmmaker who won an Oscar earlier this year for the Danish movie “In a Better World.”

“But then I found out I was actually a Nazi. My family was German. That also gave me pleasure. What can I say? I understand Hitler. I sympathize with him a bit.”

The director added, “I don’t mean I’m in favor of World War II, and I’m not against Jews — not even Susanne Bier. In fact, I’m very much in favor of them. All Jews. Well, Israel is a pain in the ass.”

Seeming to realize that he had strayed into uncomfortable territory, the non-Jewish filmmaker concluded, “How can I get out of this sentence? OK, I’m a Nazi.”

Von Trier’s comments came at a press conference for his latest film, “Melancholia.” The film’s stars were present, and were none too thrilled with their director, Deadline Hollywood reports. “Kirsten Dunst and Charlotte Gainsbourg and the rest of the cast looked like they wanted to be anywhere but sitting next to von Trier,” the Web site noted.