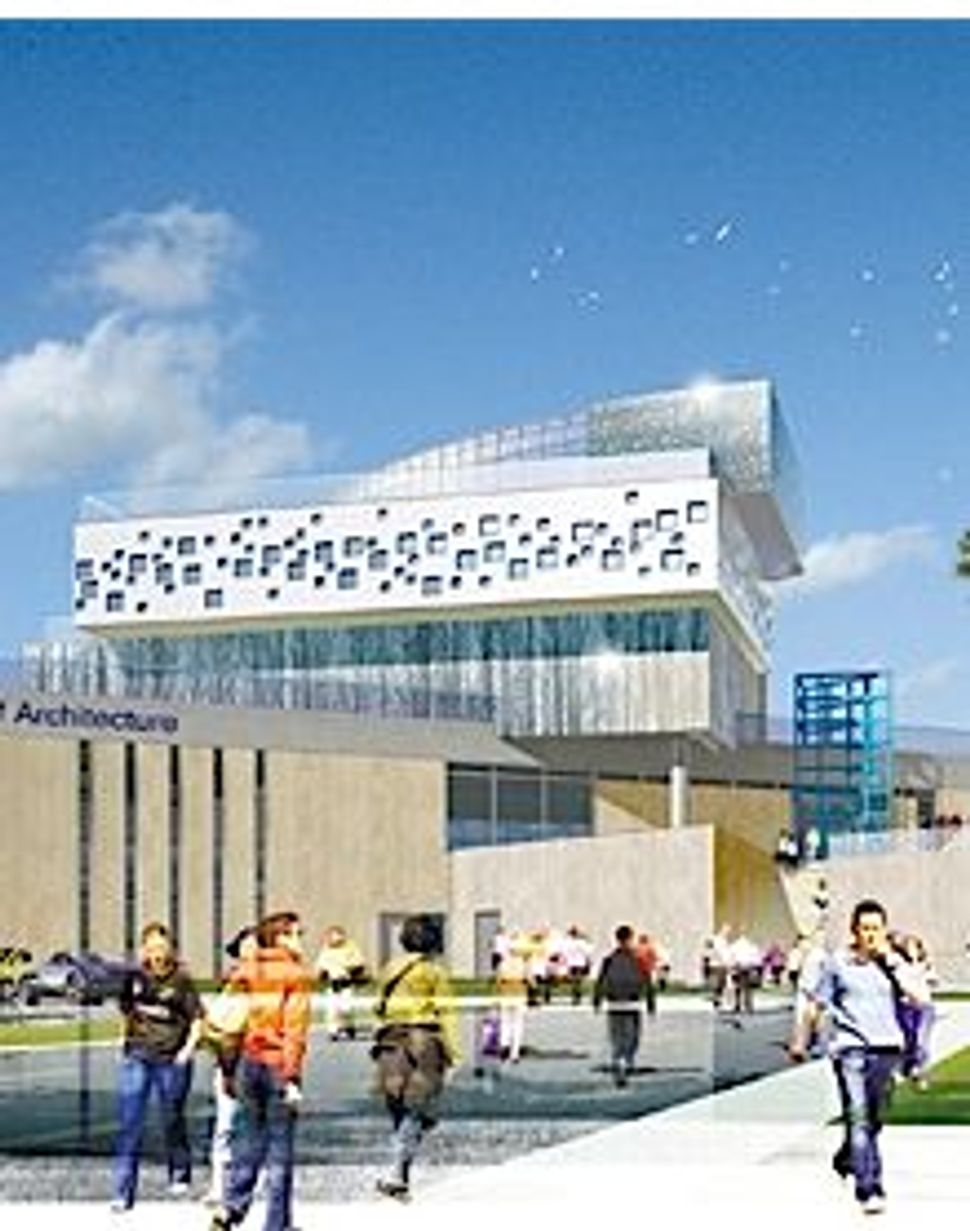 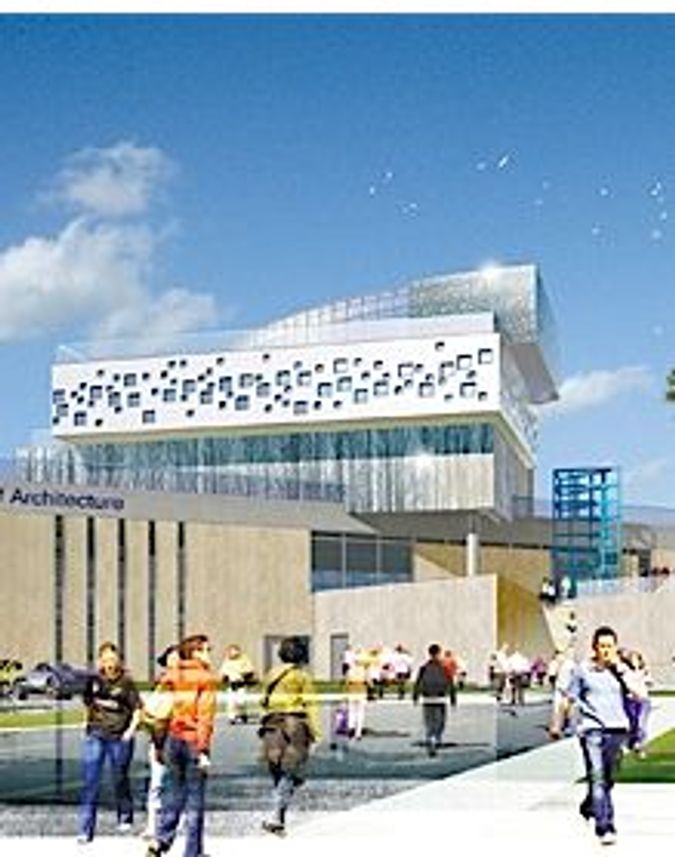 On Sunday the cornerstone was laid at Tel Aviv University for a new wing of the school of architecture named for David Azrieli, an Israeli-Canadian businessman and a local shopping mall magnate who has been supporting the institution generously ever since its inception. Present at the ceremony were his daughter Danna Azrieli, vice president of the Azrieli group, senior university administrators, lecturers, teachers and students who all crowded onto a small strip of parking lot in order to view for the first time what is supposed to become the school’s growth engine in the coming years. Prof. Hannah Naveh, dean of the Faculty of Arts, spoke about Azrieli’s contribution to the school and heaped praise on the design of the new wing — which is signed by David Azrieli himself. “After David Azrieli considered awarding the project to a local architect he decided to give it his personal attention and his inner artist developed and grew,” she related with her characteristic enthusiasm.

However, behind Prof. Naveh’s complimentary words there is a fierce storm raging over the construction of the new wing. Teachers at the school, nearly all of them outstanding figures in the professional and academic world, are strongly opposed to the planning and believe that building the new wing is a grave mistake.