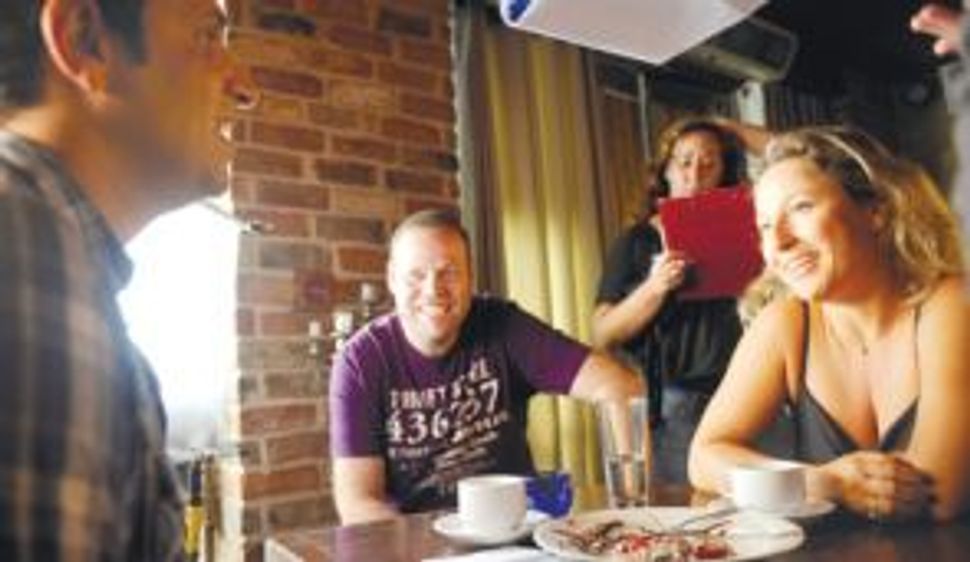 Adir Miller ?(center?) and Lior Halfon ?(left?) on the set of ?Ramzor.? Image by Daniel Tchetchik 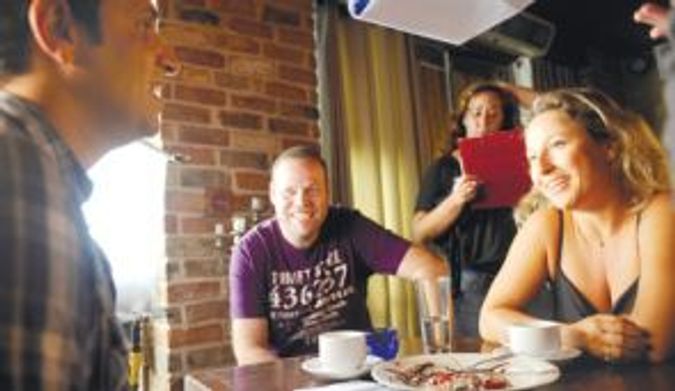 Adir Miller ?(center?) and Lior Halfon ?(left?) on the set of ?Ramzor.? Image by Daniel Tchetchik

About year ago, on an El Al flight to somewhere in Asia, was the usual variety pack of Israeli types: newly discharged soldiers, young couples, families with kids; religious, ultra-Orthodox and nonobservant. For all of about half an hour, when an episode of the second season of “Ramzor” (“Traffic Light”) played, we seemed to be “one people.” The response was uniform: Everyone, young and old, secular and religious, Mizrahi and Ashkenazi, laughed and nodded at the same moments.

“Ramzor,” whose third season airs Thursday on Channel 2, is nothing short of a phenomenon. But not because of its high ratings: This Israeli series about the friendship among three rather infantile men and about the characters’ love lives, which are totally controlled by the women, received the International Emmy Award for comedy this year. An American version was pulled after one season, but when Fox announced that “Ramzor” was not being renewed for another season, it also emphasized that it was considering future collaborations with series creator Adir Miller. He is expected to meet with studio executives in the United States in a few weeks.