Are the ‘Smurfs’ Fascists? 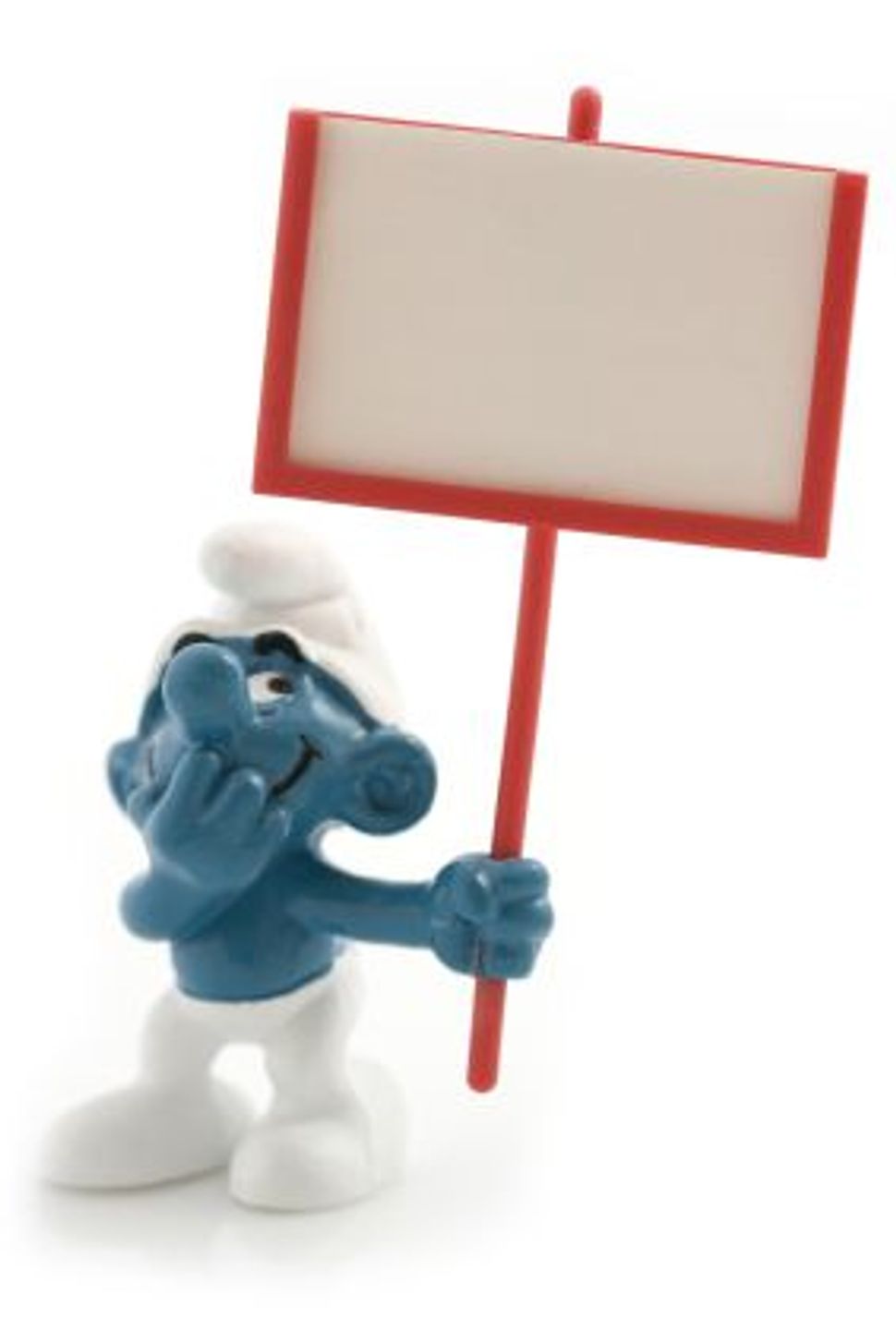 Just as a whole new generation of kids is about to be introduced to those little blue creatures called Smurfs by a big Hollywood movie to be released this summer, a French writer and professor is warning parents that taking the tykes to the Cineplex might not be such a great idea. According to Antoine Bueno, things are not quite as they might seem in Smurf Village.

In this cute, imaginary, cartoon world, Bueno perceives a cover for a fascist, totalitarian state with racist, sexist and anti-Semitic practices and messages. Bueno is not the first to suggest such ideas, but until now, they were merely the rants of fringe voices from various corners of the Internet. With the professor’s publication this month of his “Le Petit Livre Bleu” (Little Blue Book), these theories appear to be going mainstream.

Why would Bueno pick on those poor little fictional blue people? Well, aren’t their enemies little black people? Doesn’t the authoritarian Papa Smurf rule that “utopian” village like a Hitler or Stalin? And take a look at the Smurfs’ worst enemy, Gargamel — doesn’t he resemble those anti-Semitic caricatures from pre-WWII Germany?

Bueno does not advocate that his comics-crazy fellow citizens stop buying and reading Smurfs books. But he does warn that readers — at least the adults among them — should no longer turn a blind eye to the real agenda of those cuddly-looking little blue characters.

And what do the French think about Bueno? That he is not only reading too many Smurf comics, but also reading too much into them.

Are the ‘Smurfs’ Fascists?