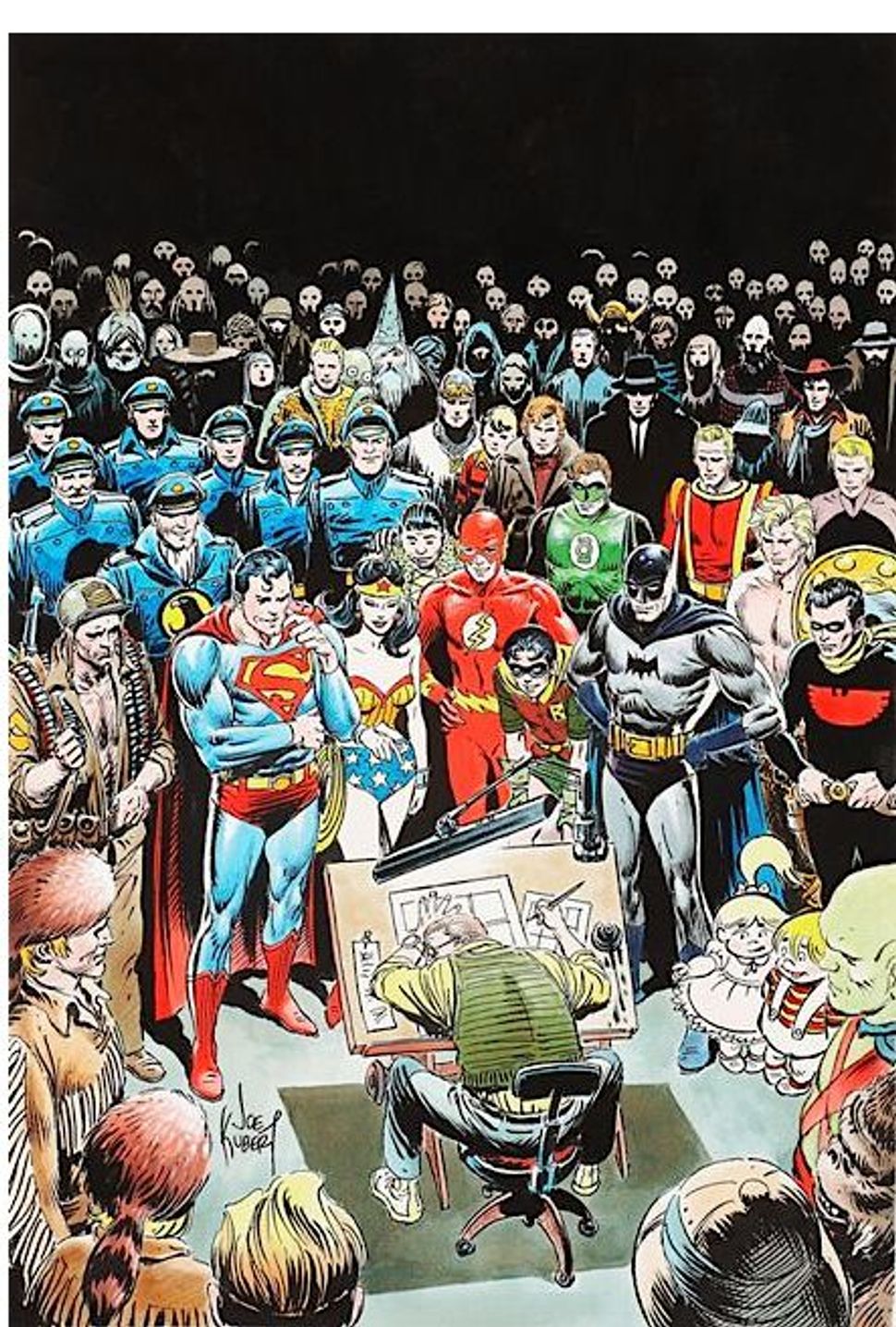 Courtesy of the Israeli Cartoon Museum

Kubert is a comic book legend who reached the peak of his mass appeal during the Silver Age of Comics (1960s to 1970s), creating the original series ““Tales of the Green Beret” about a group of elite U.S. Army soldier and Tor, a prehistoric human.

The trip and donation, arranged with the help of Israeli comic book artist Dorit Maya Gur, is expected to be a major coup for the recently opened Israeli Cartoon Museum in Holon. Gur, a former student of Kubert’s, is perhaps best known for the creation of Israeli comic book hero and all-around shlemazel, Falafel Man. The Israeli Cartoon Museum opened in Holon in 2007 as part of an initiative by Mayor Moti Sasson to rebrand the city as a children-friendly place dedicated to supporting the fine arts.

Kubert’s visit and donation to the Jewish State comes from an artist with a most Jewish of tales.

The young Joe Kubert was born in 1926 in a small Polish shtetl and immigrated to the U.S. as a baby with the rest of his family. His father made a living as a kosher butcher in Brooklyn. Growing up in working-class New York, much like fellow famous comic book artists Will Eisner, Jack Kirby and Stan Lee, Kubert discovered at a young age his passion for drawing and particularly an interest in comics. At the age of 12, Kubert was already making money as an inker for other artists’ pencil drawings.

Some decades and much professional success later, the Kubert family established the Joe Kubert School of Cartoon and Graphic Art in Dover, New Jersey to teach new generations of comic book artists. Since opening its doors in 1976, the school’s alumni have gone on to work on many famous cartoons, such as Scooby Doo, Spongebob Squarepants and Daredevil.

Kubert and his son and fellow comic book artist Adam, are expected to arrive in Israel in August this year to place the original pages from the elder Kubert’s graphic novel “Yossel: April 19th, 1943” in the museum’s archives. A major exhibition on the Kuberts’ decades’ long work is also slated to open at the museum on August 16, 2011, during their visit.

It should be a noteworthy cultural event, bringing a real piece of Americana from suburban New York to be seen at a museum in suburban Tel Aviv.