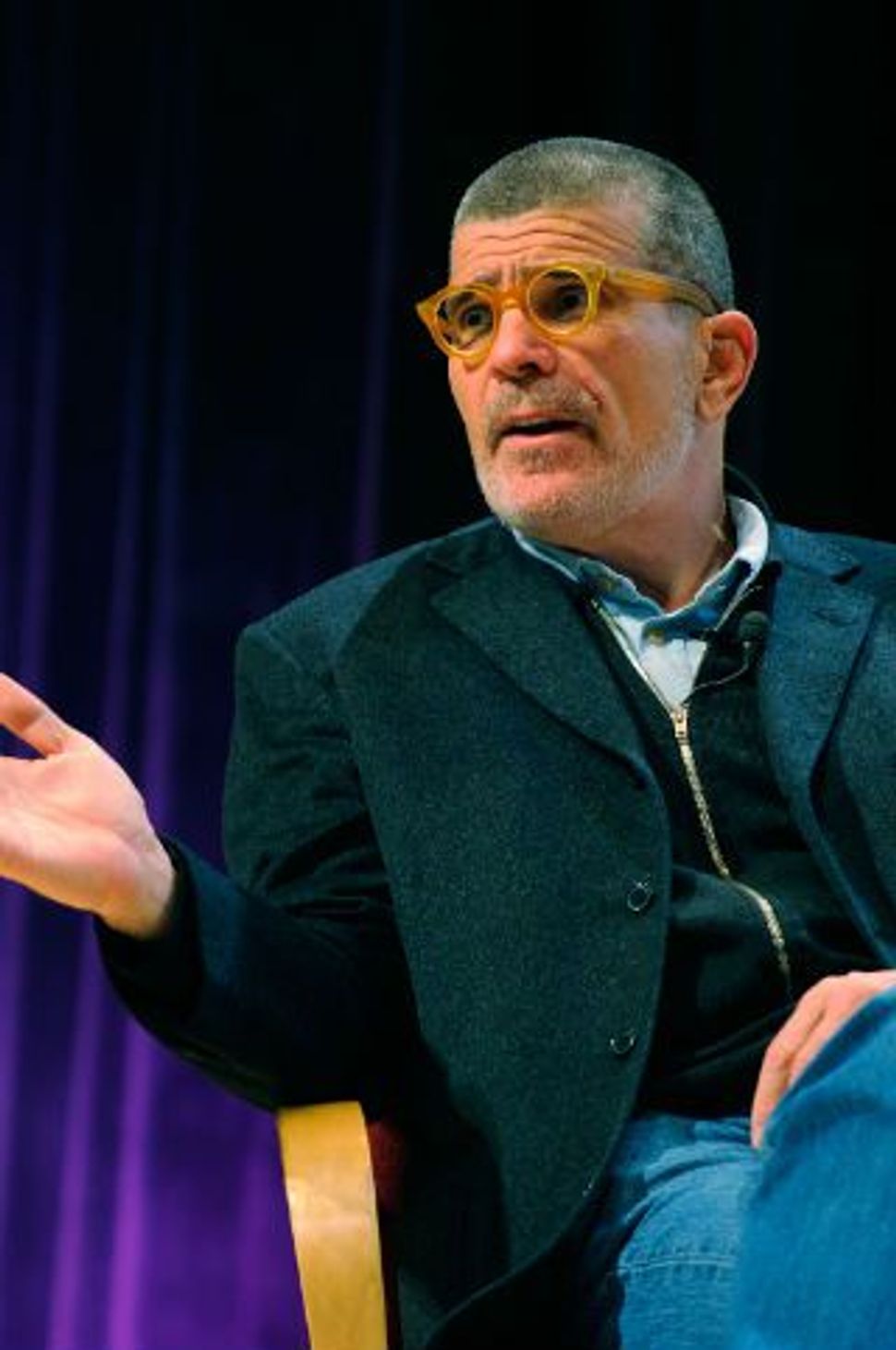 That celebrated playwright David Mamet has taken a hard turn to the right is old news by now. He has written about it in his newly published book, “The Secret Knowledge: On The Dismantling of American Culture” (Sentinel, 2011), and has been shouting it from the mountaintops in all the related press coverage.

Mamet sums up the reasons behind his dramatic conversion from left to right in this pull quote from the book:

My interest in politics began when I noticed that I acted differently than I spoke, that I had seen ‘the government’ commit sixty years of fairly unrelieved and catastrophic error nationally and internationally, that I not only hated every wasted hard-earned cent I spent in taxes, but the trauma and misery they produced…

Known for profane “Mamet speak” dialogue in his plays like “Sexual Perversity in Chicago,” “Glengarry Glen Ross” and “American Buffalo,” it is probably not all that surprising that the playwright shared some rather shocking statements in a conversation with Financial Times columnist John Gapper published last week.

Slate zeroed in on Mamet’s revealing that he is a big fan of Sarah Palin. “I am crazy about her. Would she make a good candidate for president? I don’t know but she seems to have succeeded at everything she put her hand to,” the dramatist reportedly said. Gapper went on to say Mamet compared Palin to a late friend in Cabot, Vt., where he owns a cabin. His friend was “a hardworking guy, a man of honor who was looking out for the town’s interests. I thought of him when I saw Sarah Palin. She started with the PTA and then became the mayor and then governor [of Alaska]. I thought, well, OK. That’s someone who knows how to work.”

Yes, that is the super-sharp and usually sharp-tongued David Mamet speaking.

Slightly less uncharacteristic is what Mamet, who in the last years has taken to serious study of Jewish texts and history and has gone to synagogue regularly, said about the British. The Jerusalem Post picked up on Mamet’s assertions that the left (in the U.S. and Europe) have sold out Israel and Zionism, and that Brits are historically and inherently anti-Semitic. He pointed to writers like George Elliot and Anthony Trollope and their influential negative portrayals of Jews as being in large part behind the strong anti-Israel sentiment in England today.

“There is a profound and ineradicable taint of anti-Semitism in the British…The paradigmatic Brit as far as the Middle East goes is [TE] Lawrence. That’s just the fact. Even before the oil was there, you loved the desert,” he reportedly told Gapper. “It had all these wacky characters … But there is a Jewish state there ratified by the United Nations and you want to give it away to some people whose claim is rather dubious.”

Mamet’s second act has just begun. We’ll have to see how the drama plays out to the end.