Q&A: Joey Weisenberg and the Hazan of the Future 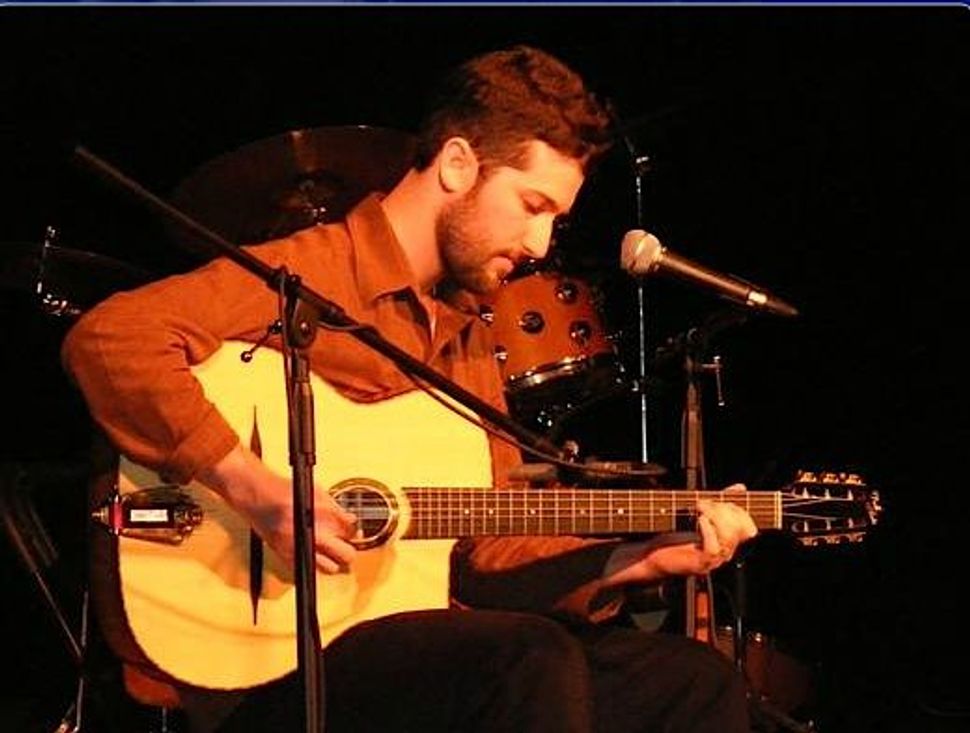 Image by Courtesy of Joey Weisenberg

Joey Weisenberg, 29, is the musical director at the Kane Street Synagogue in Brooklyn and is in charge of musical education at Yeshivat Hadar in Manhattan. He plays guitar, mandolin and percussion and sings in 10 different bands, is an artist-fellow at the 14th Street Y’s LABA program and a faculty member at KlezKanada. He also teaches music privately. He does all this, and still spends half or more of his time teaching congregations around the country how to build singing communities and conduct spontaneous choirs. 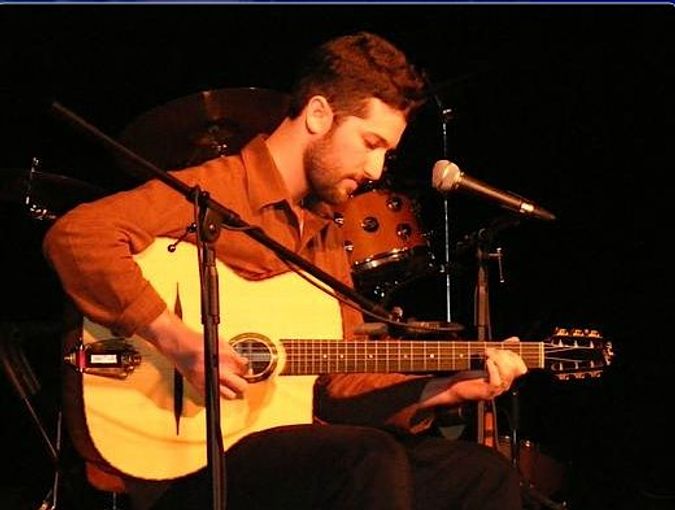 Image by Courtesy of Joey Weisenberg

Having spent the past eight years honing his techniques, Weisenberg is now sharing them in the recently published “Building Singing Communities: A Practical Guide to Unlocking the Power of Music in Jewish Prayer” (Mechon Hadar, 2011). The book, which provides advice on everything from melody acquisition to room set-up to shul politics, is accompanied by a CD of a spontaneous choir, directed by Weisenberg, singing 15 nigunim based on the Shabbat liturgy.

Renee Ghert-Zand: Is the interest in communal singing a recent phenomenon, or is it a revival of an older one?

Joey Weisenberg: Well, it’s a little bit of each. A lot of the things that I am trying to get across are traditional notions. For example, I advocate putting the amud, the table from which the prayers are led, in the middle of the room, instead of having a frontally oriented bimah. That’s really the way the shul was set up for hundreds and hundreds of years. It makes sense to do it that way because you’re close to everybody. On the other hand, historically there might not have been as much communal singing as there is today. It used to be that the cantor and his choir were located in the center of the room, and now I advocate that the entire shul should be the choir.

It’s a visceral response to what I find deeply beautiful and moving in these old melodies. Even the new melodies I write sound like they’re old. You study the tradition and then open yourself up to all of the new possibilities. The first priority is to spend years and years studying the material, studying the old things. So, I spent a lot of time studying hazanut (cantorial music), old nigunim and old settings of liturgical music — mostly in the Ashkenazic tradition, because that’s where I’m from. I spend a lot of time immersing myself in the old music and that gives me a depth from which to create new music.

Is there a relationship between your musical background growing up and your interest in building singing communities now?

I grew up in a traditional Jewish home in Milwaukee, Wis. We went to a Conservative shul and our hazan did most of the work, but he taught me all the stuff I know about leading Musaf, and other things. At some point I started going out to the west side of Milwaukee, where the Twerski shul was. Rabbi Twerski, a famous Hasidic rebbe, is an amazing composer and singer. He would sing the most beautiful melodies and they captivated me. When I would see how he would sing and how everyone else would sing with him, I saw what a tremendous potential there was in this kind of process, and I wondered why this didn’t happen everywhere.

Are there any other musical influences on your compositions?

I grew up in a world music kind of way. My father’s a flamenco guitarist. My mother played Bach. I grew up playing blues. All kinds of music have been moving through my head and my family and the world I’m in. On the CD you’ll hear elements of blues, flamenco, Macedonian brass band music, bluegrass, African choirs, gospel and Bach. But all of these things are disguised within the spirit and musical structures of old nigunim.

What are the difficulties of introducing communal singing to synagogues and independent minyanim?

The hard part is dealing with the institutions. Most of our shuls have been doing the same thing for 30 or 40 years and there’s all kinds of resistance to making changes. This is an ongoing challenge and it will be for a long time.

With the independent minyanim it’s a tremendous opportunity because you get all kinds of young people coming in who are looking to create something beautiful, deep and meaningful. But what’s been pleasantly surprising is that there’s also a big proportion of people in shuls who are looking for this kind of experience. Not everybody. But it’s been a very pleasant surprise to get to meet all these people and to work with them.

How does communal singing fit into your larger vision for music and musicians in the Jewish community?

It’s been something I’ve been dreaming about since I was a teenager, wondering how I could break down the walls between performers and participants. While I do enjoy getting up on stage and performing, I’ve always felt that I’m missing something when everyone else in the room is passively watching. I’ve also wondered about ways to make more use of creative musical talent that I experience in the Jewish music scene. I often find that the greatest Jewish musicians feel alienated from the Jewish community and they’re underutilized from a teaching point of view.

What I’m trying to design is a profession in which musically inclined people can become resources and teachers for the community. I imagine that the hazan of the future can be more of a teacher. I imagine that hazanim can be the people who carry the songs and who everyone in the community wants to learn music from.

Q&A: Joey Weisenberg and the Hazan of the Future