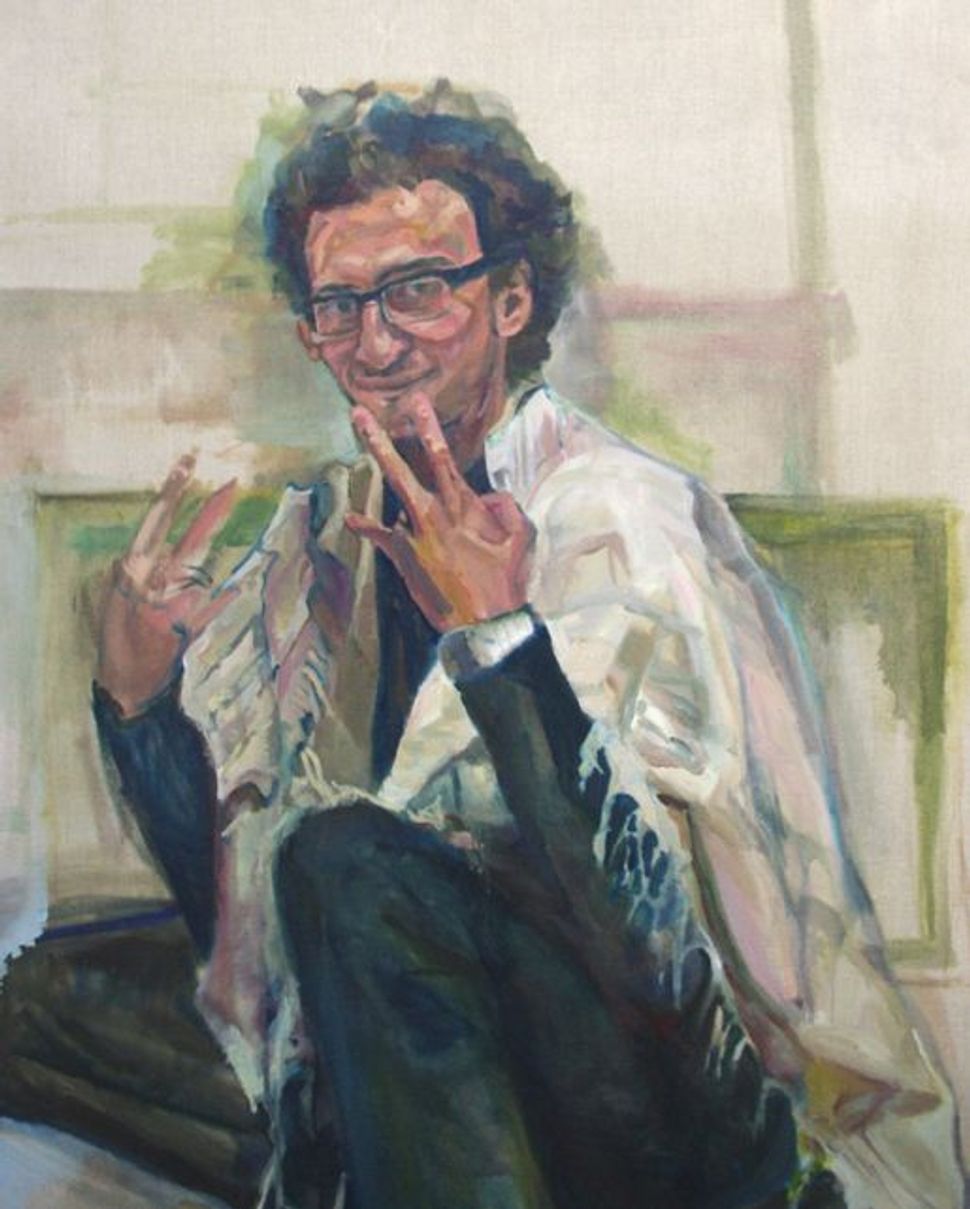 On her website, artist Ali Spechler describes her interest in “the notion of family and how shared experiences, whether positive or negative, breed strength and support.”

That may not be the intuitive reaction to most of the works in “Brooklyn Shtetl,” Spechler’s current show at New York’s Hadas Gallery. After all, most of the paintings are portraits of individuals rather than of groups, and they seem to set their subjects apart rather than bring them together.

But it is just that sense of apartness that makes Spechler’s focus on community apparent. Each of her colorful, impressionistic paintings seems to have picked its subject out of a group that they will rejoin once the artist is done painting them. Though each portrait exudes individuality, the larger impression is not of a particular person or event, but of an entire social atmosphere, which makes the name of the exhibit perfectly appropriate. The proudly Brooklynite (and often Jewish) sensibility that has recently risen to the top of American culture finds a welcome new expression in Spechler’s paintings.