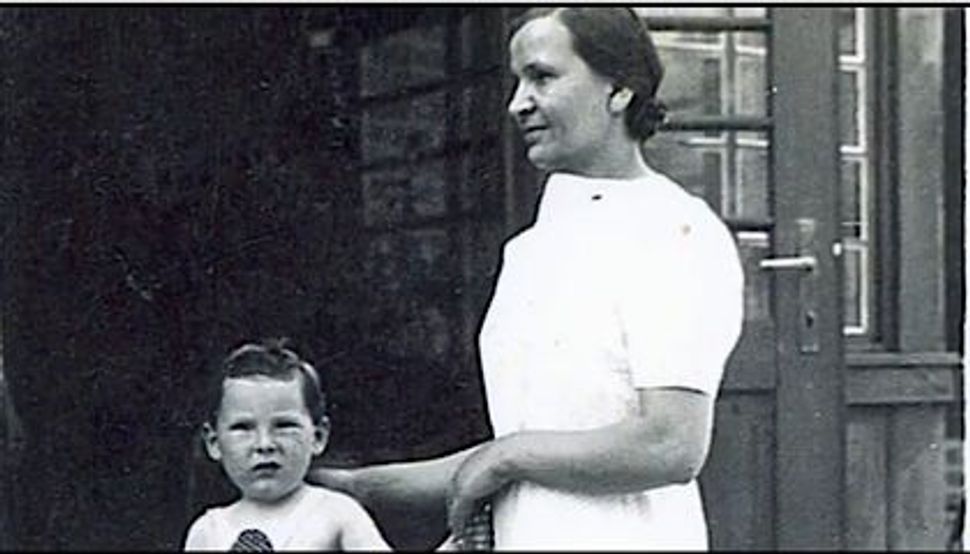 It was a memoir I’d been trying to write for three years without much success. I’d been wanting to tell the story of how, in the summer of 2008, I’d traveled to Warsaw, Poland, for a week with my wife and my 13-month-old son, Noah. Mornings we were tourists, while every afternoon was spent hanging out in the apartment of Genia Olczak, who fed us endlessly and kept me running to the Polish-English dictionary every few minutes. The trip marked the second time I’d been to Warsaw in the four years since my dad died. What, I wondered, drew me back there?

One answer was Genia herself: Ninety-five at the time, still cogent and solid, she lived not far from an apartment building where, beginning in 1942, she’d risked her life creating hiding places for my grandmother, great-uncle and aunt, while my father (then 7) hid out in the open, as her son out-of-wedlock. Another answer, it turned out, had less to do with the Holocaust and a good deal more to do with my father and me, our challenging and sometimes distant relationship, and the ways we’d both hidden in our lives. The result of this investigation is “A Wrinkle in Time,” my first “digital story,” or three-minute narrated visual essay that I created with the help of The Center for Digital Storytelling, in Washington, D.C.

Watch ‘A Wrinkle in Time’: