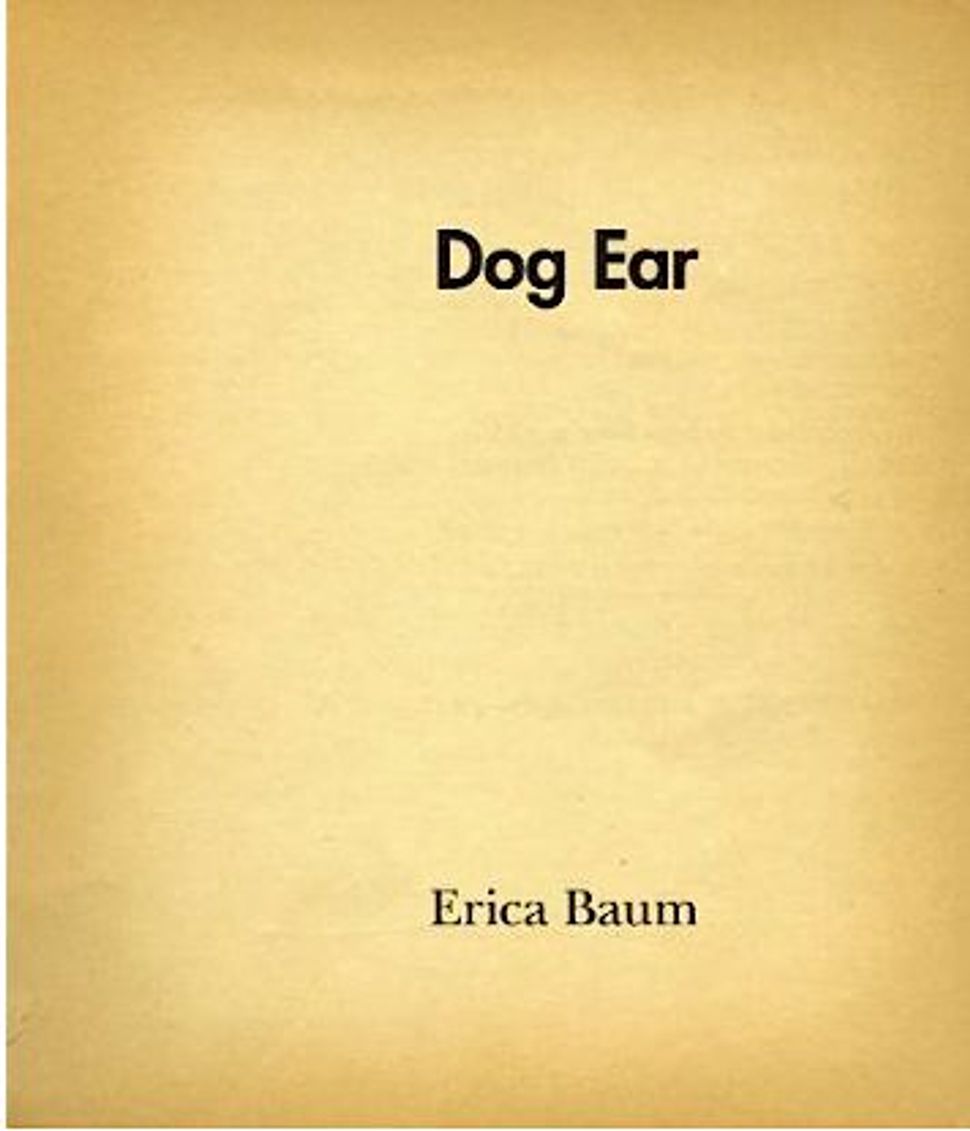 Poetry is everywhere, especially in places you would least expect it to be. Even the most mundane texts — be it a news article or street advertising — have poetry within them. Such is the sentiment conveyed by writers involved with the “found poetry” genre, most famously explored by Williams Carlos Williams in his epic, “Paterson.”

Erica Baum’s recent collection “Dog Ear” introduces a new direction for the found poetry experiment. By photographing and magnifying dog-eared page corners, this poet-photographer comes up with a series of witty, complex poems, three of which are featured on The Arty Semite today.

Unlike more traditional sources for found poetry, which is usually discovered in public places, dog ears are extremely private — one reader’s experiences with a given edition of a given book. As Kenneth Goldsmith puts it in the introduction: “The dog ear is site-specific: like its namesake, it stays forever close and loyal to its master, embedded in a history of a specific volume.”

Page-folding gestures lie close to the heart of the reading experience, an expression of desire to remember and cherish a bit of striking text. In this gesture Baum sees an unconsciously poetic act. The dog-eared images presented in the book are extremely readable; in fact, they are readable in a variety of ways and — literally — directions. As Goldsmith points out, “the idea that there’s no one correct way to engage with an artwork is at the heart of Erica Baum’s ‘Dog Ear’ series.”

Often, the meanings framed by Baum gravitate towards irony, aesthetics and metaphysics. The first poem, “How Long,” is apocalyptic in a way reminiscent of Franz Kafka’s parables or Samuel Becket’s “Waiting for Godot.” The poem “Wild Tumult” echoes with biblical rhetoric, as in Psalm 65:5: “The roaring of the billows and the wild tumult of the nations…” Juxtaposed with the word “inspected” positioned vertically on the side, the poem proposes a divine (or poetic) perspective: a remote and contemplative observation of the world’s wild tumult.

Baum does not reveal which books she dog-ears, and trying to guess is certainly part of the excitement her book offers. The source for “Metaphysical Sky” for instance, can be found in Jean Genet’s “Miracle of the Rose.” In her version, Baum enhances Genet’s philosophical meditation with a sense of vertigo, as readers’ eyes follow a horizontal line hurling abruptly downward.