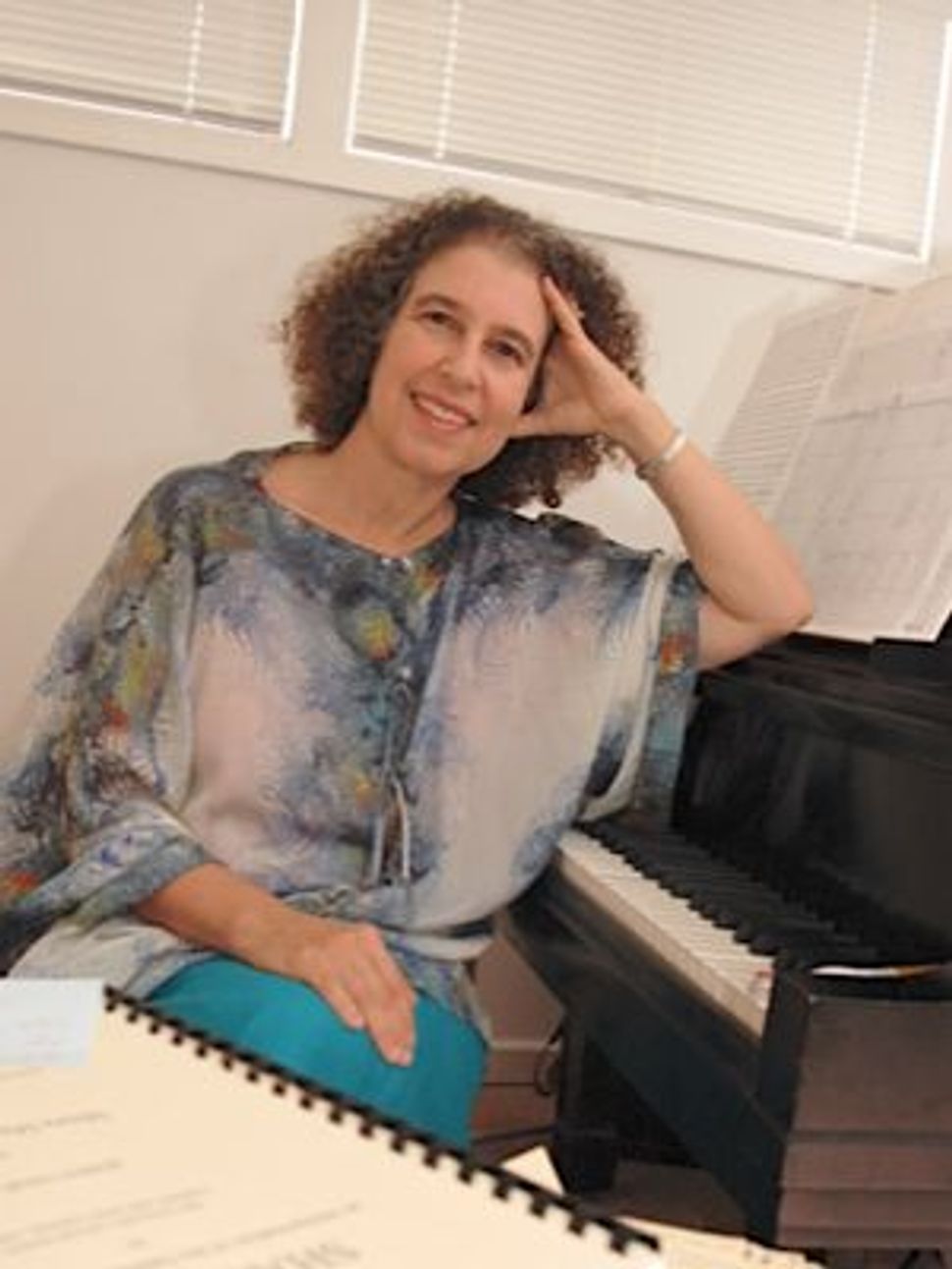 It goes without saying that Meira Warshauer’s “Tekeeyah (a call)” — a concerto for shofar — centers on religious themes. At the heart of the work is the pulsating call to repentance traditionally trumpeted through a ram’s horn on the High Holy Days. What’s less obvious is that Warshauer’s first symphony, the other major orchestral work on her new album, “Living Breathing Earth,” also stems from a spiritual impulse. At a CD launch event at New York’s Kaufman Center on June 20, the composer described the four-movement symphony as her “prayer for the health of the Earth.”

A self-described “environmentalist since the first Earth Day in 1970,” Warshauer is profoundly troubled by climate change, deforestation, and other ecological horrors that humans have wrought. And yet, this is far from an angry piece. In the symphony, she imagines the planet at its most tranquil and pristine. When offering a prayer on behalf of the sick, Warshauer reasoned, one strives to envision the ill person as “totally well and radiant.” Doesn’t the Earth deserve the same level of devotion?

Music as a balm for the planet’s wounds: That has a worrying New Age ring to it. But don’t mistake this disc, with its bland, mossy-green cover, for a soothing compendium of sounds recorded at the seashore. Warshauer, who holds degrees from Harvard University, the New England Conservatory of Music and the University of South Carolina, has a thoughtful, rigorous approach to composition; this is not, in the end, “easy-listening” music. In the symphony’s first movement, the orchestra mimics the mating call of cicadas — a constant, vaguely unsettling buzzing that, at summer’s peak in the American South, seems to intensify the stifling heat. (Warshauer listens to cicadas from her home in South Carolina; I recognize the sound from my childhood in Florida.)

At the talk at the Kaufman Center, Warshauer enlisted violinist Gregory Harrington to demonstrate the cicada imitation she’d devised: a shimmering glissando between notes played in tremolo behind the bridge. On the CD, with all the strings playing, the effect is remarkably insect-like. Brass glissandi and insistent mid-range wailing from the bassoons, layered in later, lend the cicada sound a frantic urgency; Warshauer said, somewhat coyly, that she thought to “see what Mr. Cicada would do if he had the whole orchestra to use for his mating call.” If Mr. Cicada seems oversexed, that’s the point — this is a piece in celebration of the “fertility and fecundity of the Earth.”

The loveliest track on the album is no doubt the symphony’s second movement, “Tahuayo River at Night,” which Warshauer wrote after a family vacation spent floating down a tributary of the Amazon. Listening to the Moravian Philharmonic perform on the CD, with winds and strings trading lush chords and fragments of a slowly unfolding phrase, I thought not just of a gently rocking boat, but also of other composers who have written about rivers: Bedrich Smetana comes to mind, of course, though this more serene, contemplative piece lacks the stirring melodic drive of “Die Moldau” (“Vtlava”). When Warshauer performed an excerpt of the movement at the piano, however, the music evoked a different mood — a sound akin to the inchoate, underwater chiming at the start of Debussy’s “La cathédrale engloutie.”

Listen to ‘Tahuayo River at Night’:

The symphony’s third movement, “Wings in Flight,” is a peripatetic celebration of birds, butterflies, and other creatures of the air. Steady, energetic chirps and swooping cascades from the strings and winds become the backdrop for a soaring brass melody that enters halfway through the piece. (I picture purple mountains, windswept plains, a hero on a noble quest.) And in the symphony’s final movement, “Living, Breathing Earth,” we — and the planet, I suppose — rest. The orchestra mimics the sound of respiration with pairs of chords: one swells, the next recedes. Warshauer wrote the piece in 5/4 time because she felt that this meter best approximated a human breath pattern — an insight that rings true to me, despite my habitual skepticism toward music that aims to reproduce everyday sounds. Warshauer isn’t just enthusiastic about the natural world; she also has a keen ear for imitating it.

Listen to ‘Wings in Flight’:

Haim Avitsur, trombonist and shofar player, also spoke at the CD launch about Warshauer’s “Tekeeyah (a call),” which premiered with the Wilmington Symphony Orchestra in Wilmington, N.C., in 2009. Together, he and the composer told the story of how they pushed the limits of the shofar’s range, which is traditionally limited to just one or two notes. Avitsur demonstrated, first playing the instrument’s comfortable E, then a loud C above, a somewhat feeble B below, and eventually all of the first five notes of an E major scale. His technique was impressive, and he and Warshauer, who seem to have grown quite close, bantered like a comedy duo: “I played this for Meira,” Avitsur said after demonstrating each note, “and then she said ‘That’s beautiful! But what else can it do?’” Finally, Avitsur played a rumbling low D, and Warshauer, looking genuinely surprised, spat out a punch line: “I’ve never heard that before!”

On the recording, Avitsur coaxes a variety of different sounds from the shofar, from ethereal whispers at the start of the piece to the triumphant call (E! C! E!) at the end. But for me, the big payoff comes at the start of the second section, which Warshauer calls “Breaking Walls.” Gone are those gentle, haunting whispers, replaced with something far more insistent: loud, menacing chords, with furious trombone pedal tones that shake our very bones. (It’s a more satisfying version of that memorable walloping effect in Hans Zimmer’s brassy “Inception” film score.) If, as Warshauer says, the piece begins with a gentle “wake-up call” for the nascent soul, this is a loud knock on the door, an alarm bell, a dose of tough love. And sometimes, that’s just the kind of call to repentance that we need.