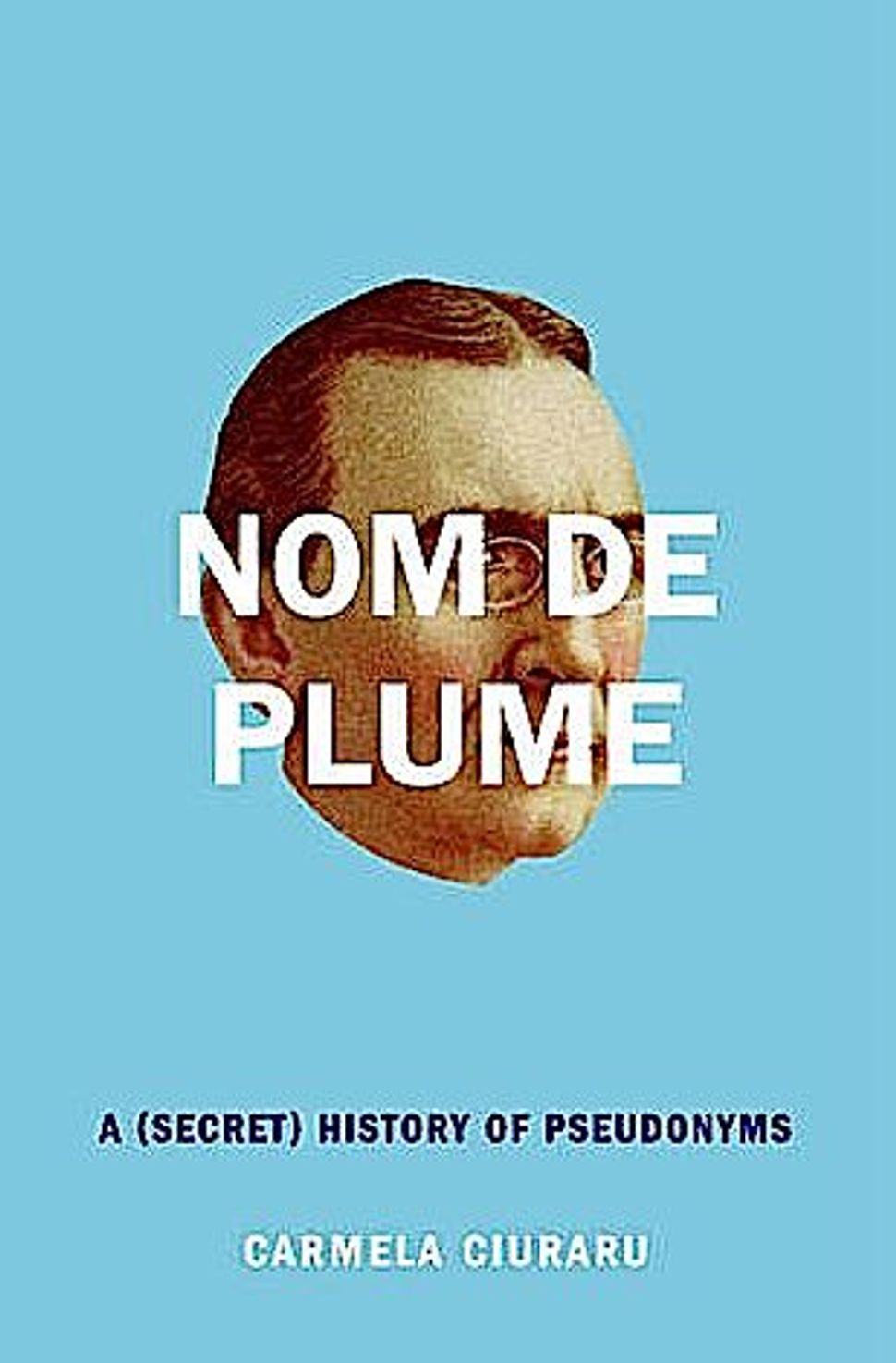 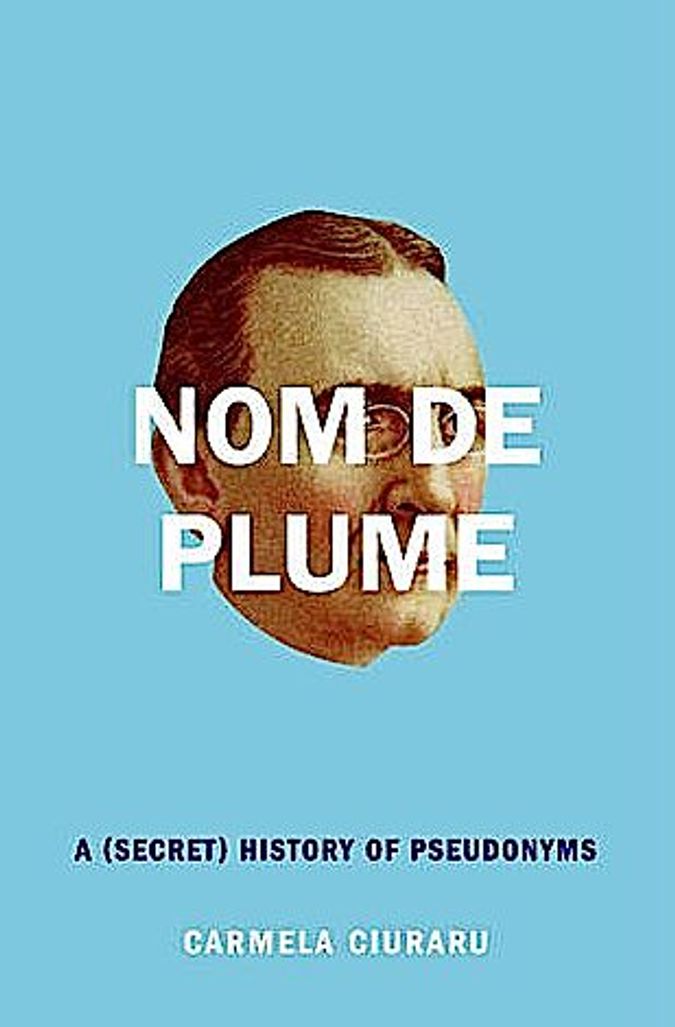 Writers are always looking for new ways to tell stories, and Carmela Ciuraru has found hers in “Nom De Plume: A (Secret) History of Pseudonyms.” In her latest book, Ciuraru, editor of eight poetry anthologies, chronicles the role of the pseudonym in the last couple of centuries through sixteen literary figures, some more obscure (Fernando Pessoa, Henry Green, Anne Desclos), and some from the highest echelons of literary renown (Mark Twain, George Orwell, Sylvia Plath).

“Nom De Plume” never feels gimmicky, though, because pseudonyms reveal a lot about an author’s relationship to identity. As in the case of the Bronte sisters (who originally published as Acton, Currer and Ellis Bell), Aurore Dupin (George Sand) or Marian Evans (George Eliot), pseudonyms were a necessity for women who wanted their work to be taken seriously.

At other times, the decision to use a pseudonym derived from conflicted sexual identity (science-fiction writer Alice Sheldon wrote as James Tiptree, Jr. to explore her masculine side), aversion to celebrity (Oxford University professor Charles Dodgson didn’t want his students to know he was the children’s book writer Lewis Carroll) or a desire for reinvention (Sylvia Plath experienced intense bouts of self-doubt). Ciuraru writes of the young, cantankerous Plath:

What she seems to have craved most, in fact, was a chance at birth, at resurrection. Even though she was sometimes able to produce (or recover) what she deemed an “authentic” self, the success did not prove sustainable…in the end, the demon won.

Still, sometimes writers had lighter, more whimsical ambitions for their pseudonyms, as in the case of Samuel Clemens, who wrote as Mark Twain, “fooling the public simply because he could.”

Deepening her portraits, Ciuraru also shows us how these issues of identity and representation found their way into the author’s works (think, for example, of Alice’s refrain in Lewis Carroll’s famous tale: “Who in the world am I?”)

These fabricated identities yield immortality in the best case, or early death and canonical exclusion in the worst. Such was the fate of Romain Gary, the French-Jewish author best known for “The Life Before Us,” the story of an orphan Arab boy’s devotion to a dying Auschwitz survivor and former “lady of the night.” Gary, bred for vanity by an overbearing stage mother, kept inventing new pseudonyms so he could become famous over and over again through the work that his various identities produced. Ciuraru writes:

This new toast of the literary world, thirty-one years old in 1945, was on his way to become what he’d always wanted: rich and famous, and one of France’s most prominent authors. Ultimately, his success would kill him.

To maintain his proxies, Gary wove a tangled web of lies that eventually unraveled. Once outed, he was blacklisted by French literary society, and, after a year and a half of alienation, shot himself in the head.

Anecdotal throughout, “Nom De Plume” proceeds chronologically and occasionally refers to earlier characters to provide a sense of cohesion. A caveat to the reader, though: it’s best to read chapter by chapter, since each subject is self-contained and well-researched. If consumed in a single sitting, the book can feel like a stew of original and invented identities, biographical and fictional characters: Who was Alice Sheldon, again? What was O. Henry’s real name?

Writing in the cogent, swift-moving prose that good biography demands, Ciararu personalizes the book by weaving her own reactions — modern, emotional, snarky — into each chapter. Our curator is always having fun in “Nom De Plume”, and, as a result, so are we.

More than a catalog of pseudonymic authors, “Nom De Plume” implicitly suggests that desire for multiplicity is essential to human nature, a point best articulated in the chapter on Isak Dinesen (the pseudonym of Karen Blixen, Danish-Jewish author of “Out of Africa,” “Babette’s Feast” and “Seven Gothic Tales”). “Give up this game of being one,” one of Dinesen’s characters advises another. “You must, from now, be more than one, many people, as many as you can think of. I feel Marcus — I am sure — that all people in the world ought to be, each of them, more than one, and they would all, yes, all of them, be more easy at heart.”