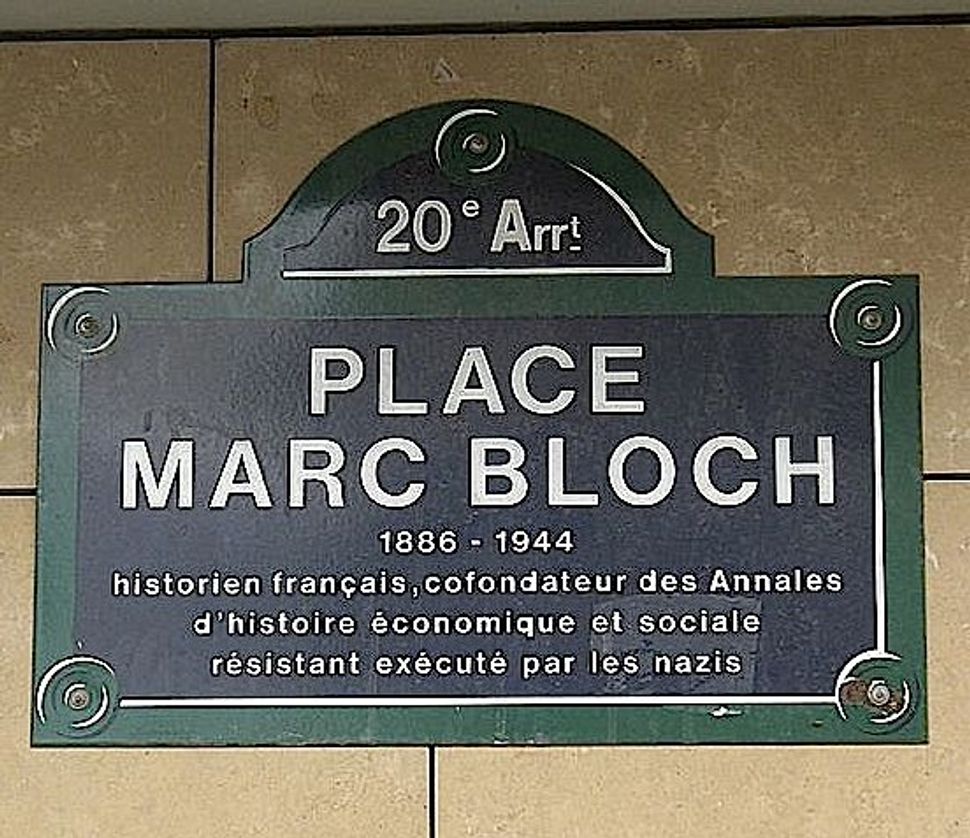 On March 3, to commemorate the centenary of the first publication by French Jewish historian Marc Bloch, CNRS editions reprinted Bloch’s “Historical Miscellanies” (Mélanges historiques). Carole Fink’s 1991 “Marc Bloch: A Life in History” from Cambridge University Press explains how Lyons-born Marc Bloch was an admirably lucid, groundbreaking historian, as well as heroic man of action, fighting in two World Wars before being tortured and shot as a Resistant by the Germans in 1944.

Bloch’s scholarly achievements, such as “Feudal Society”; “French Rural History: An Essay on Its Basic Characteristics”; and “The Historian’s Craft” are still celebrated by today’s historians, such as in Susan Friedman’s 2004 “Marc Bloch, Sociology and Geography: Encountering Changing Disciplines” from Cambridge University Press. Yet atypically, Bloch’s most stunning book was inspired by his personal experiences in the Second World War, “Strange Defeat” (L’Etrange défaite), written in 1940 after the German invasion, still available from Norton Publishers as well as in the original language, from Les editions Folio Gallimard.

This strikingly insightful study was written, as Bloch’s preface admits, without any certainty that it would ever be published or read beyond its author’s circle of friends and family. Nowadays, Bloch’s works are so appreciated that they are routinely quoted for nefarious political purposes. Such was the claim of Suzette Bloch, a journalist and Marc Bloch’s granddaughter, who co-authored an open letter in Le Monde newspaper in November, 2009:

French leftists and others have long been concerned by President Sarkozy’s misuse of quotes by leftist, often Jewish, statesmen such as Léon Blum and Pierre Mendes-France, as well as Bloch, to justify current French anti-immigrant policies, which some critics liken to unabashed xenophobia. Suzette Bloch asserts that her grandfather would not have approved of Sarkozy’s “morbid nationalist ideology” (l’idéologie nationaliste malsaine) nor the President’s “hymns to an inward-looking, perennial, and Christian France” (la France repliée, chrétienne et éternelle).

When in 2006, the right-wing newspaper Le Figaro launched a campaign to reinter Bloch’s remains in the Panthéon, France’s mausoleum for its most historically distinguished citizens, the notion went nowhere, despite the support of such leading historians as Annette Becker, Ran Halevi and Pierre Nora. Any such honor would require family approval, clearly not forthcoming under this French administration. As the newly available “Historical Miscellanies” remind us, Bloch’s greatness is not dependent on official approval from all-too-temporal politicians.