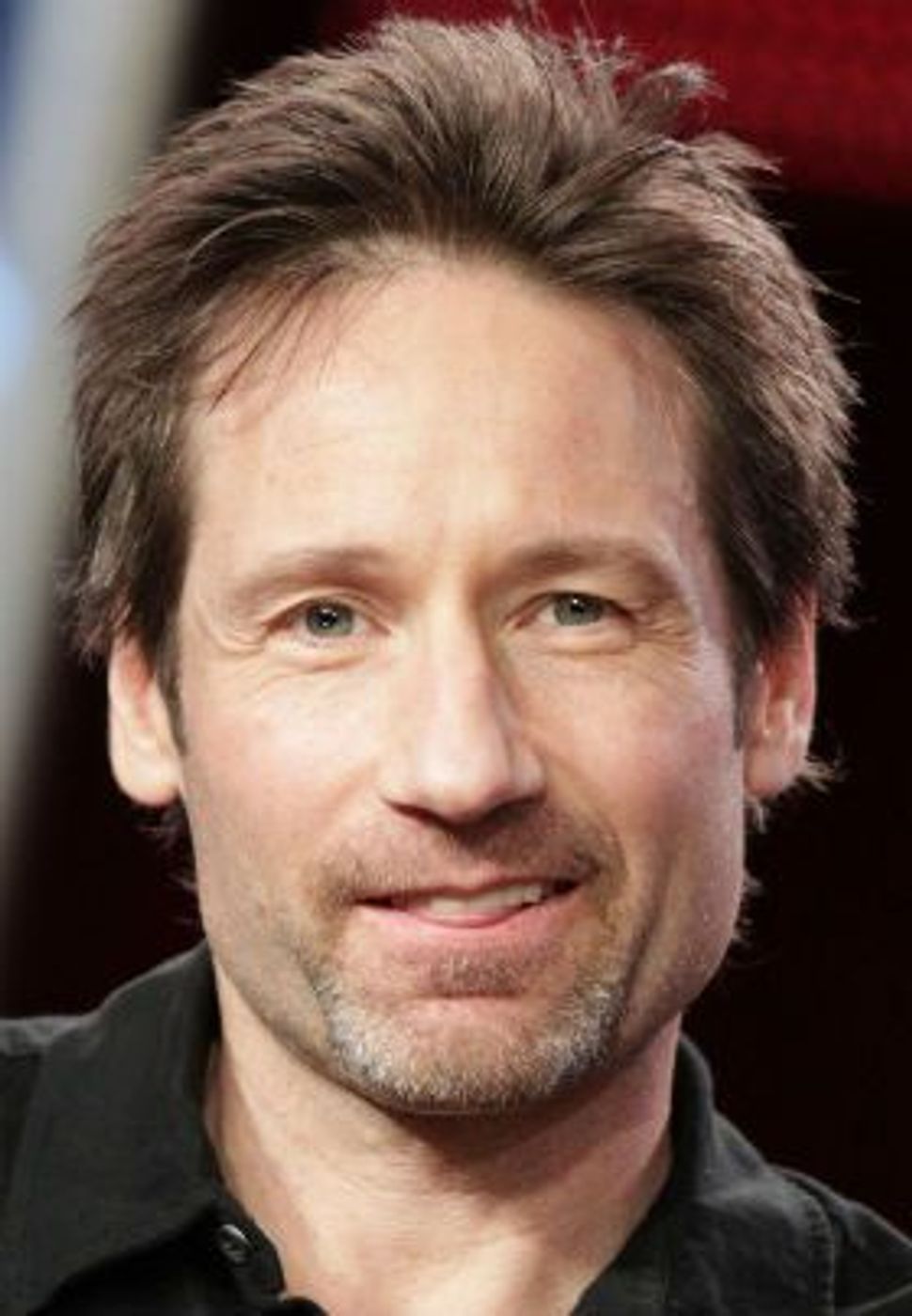 David Duchovny doesn’t appear to know Hebrew, which is part of what’s amusing about the actor’s latest TV commercial.

The “Californication” star is now appearing on Israeli television in ads for Hot, one of the country’s major cable providers. The commercial, which appears to have been filmed in Tel Aviv, begins with Duchovny missing an Israeli pal’s wedding — apparently because he’s been held up by female fans Eden and Merav, who’ve been watching him constantly via their Hot cable package. “Instead of being at my best friend’s wedding, I’m here all day on your TV,” he kvetches to the two women, who are apparently admirers of his Showtime series. (Don’t try to understand the logic; it’s a TV commercial.)

Duchovny speaks in his native language to the pair, who respond in a mix of Hebrew and comically bad English. Referring to Duchovny as “my future husband” in Hebrew, one of the roommates attempts to make him exactly that, asking the confused actor to break a glass in the style of a Jewish wedding. (In real life, the actor is part Jewish.)

As he takes the glass, she turns to her roommate and says, “You’re a witness.”