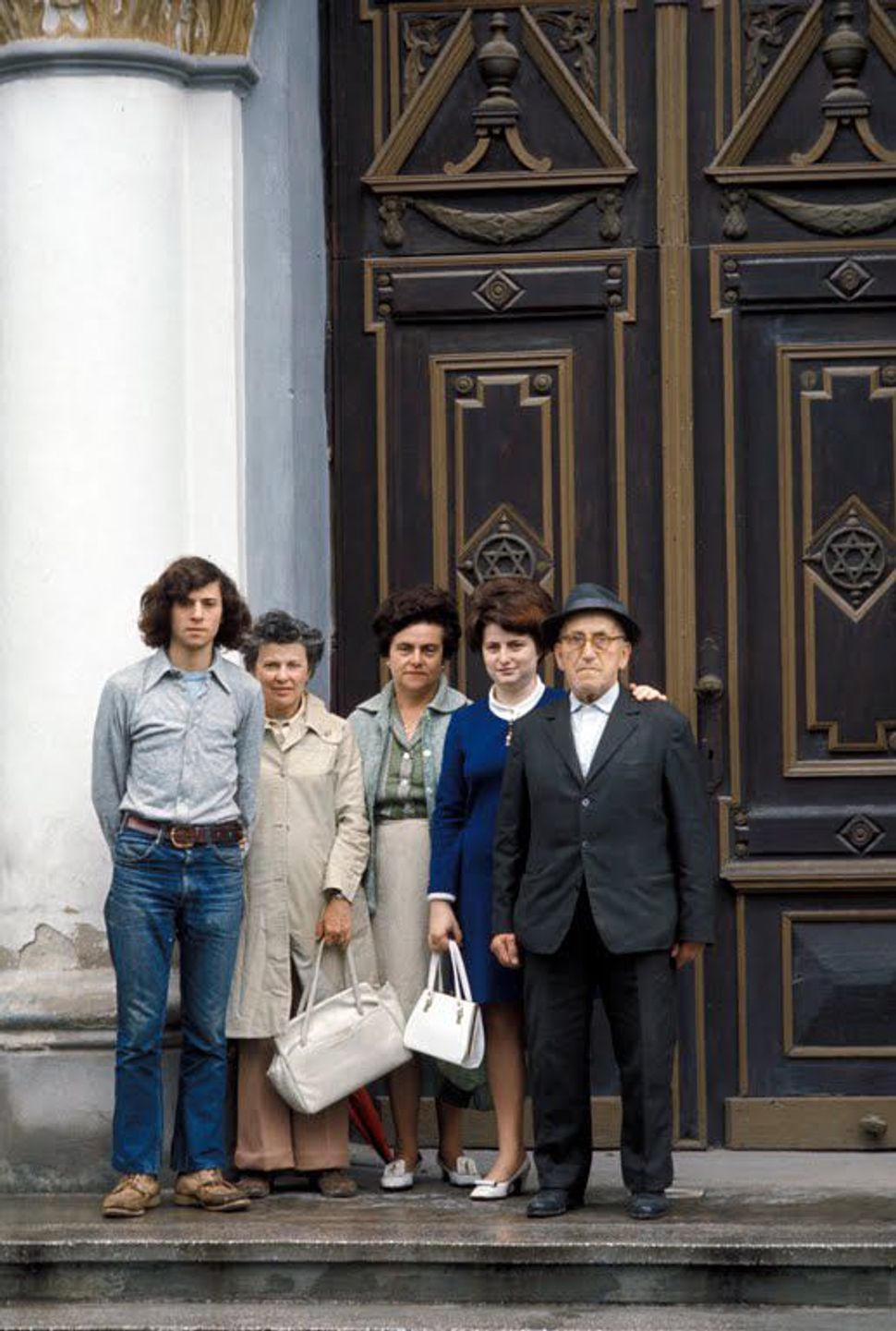 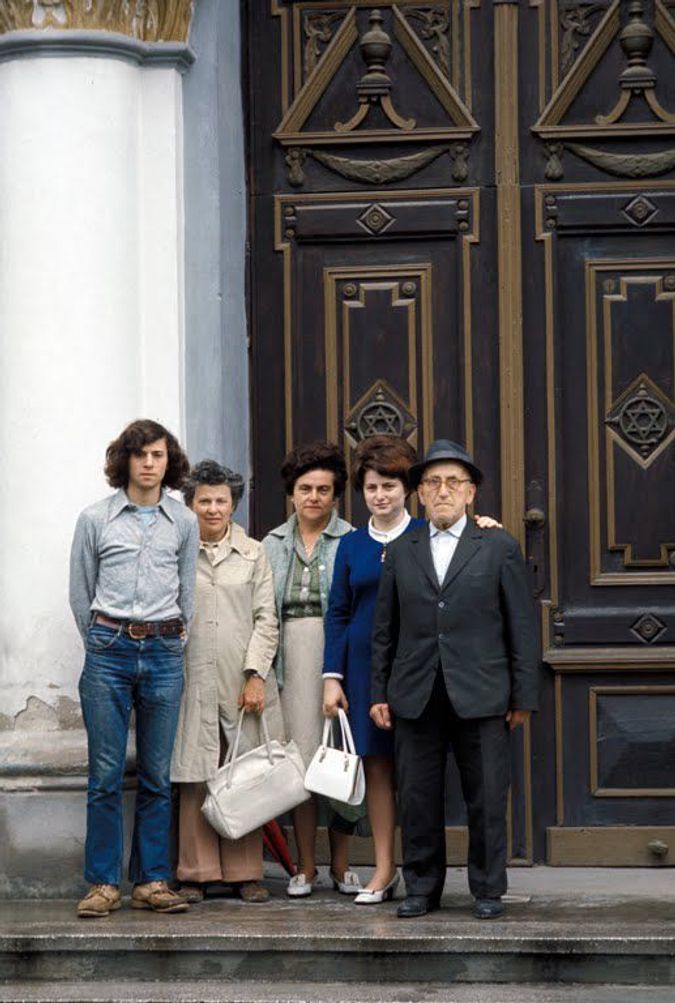 My sister Ruth Ellen Gruber recently reported on her Jewish Heritage Travel blog that our ancestral synagogue in Radauti, Romania is under restoration. The process appears to be proceeding quickly — a rare occurrence in Romania, where the Jewish community is overwhelmed with care for so many sites and is always strapped for funds.

I have a special fondness for the Franz Josef Synagogue, named in memory of the Austrian emperor especially beloved by Bukovina Jews. Not only is it the site of my grandfather’s bar mitzvah, but it is one of the first “historic” (by which I mean pre-modern) synagogues I ever visited. I was there with my parents on a trip to Romania in 1972. I was a skinny teenager with longish hair, but taller than any remaining Jew we met in the town. I remember well how one of the men who showed us the synagogue was amazed by my hair.

When told I was a great-grandson of Anschel Gruber, he expressed skepticism (in part because of my hair), and said: “Well, Anshel Gruber was a very pious Jew, if you are his grandson, than read…” and he opened a siddur and stuck it in front of my face. Fortunately, my junior congregation and bar mitzvah Hebrew was good enough, and I passed the test.

The next time I came to the synagogue was in the bitterly cold winter of 1978, in the company of Ruth, then UPI bureau chief in Belgrade, and Romania’s chief rabbi, Moses Rosen. Ruth and I accompanied the rabbi on his annual whirlwind Hanukkah pilgrimage to the Jewish communities of Romania. This time the old synagogue was filled with people, brilliantly lit, and filled with song from the children’s choir that accompanied Rosen’s roadshow. Since then much has changed in Romania — for its diminished Jewish community and for the entire country. But the synagogue still stands and is finally receiving a new lease on life. It is one of the few surviving synagogues in the country still deemed “operating,” and by all accounts it will remain dedicated as a synagogue. How often and when it will be used is uncertain, for there are few Jews left in the area.