For Ravid Kahalani of Yemen Blues, ‘Music Is My Religion’ 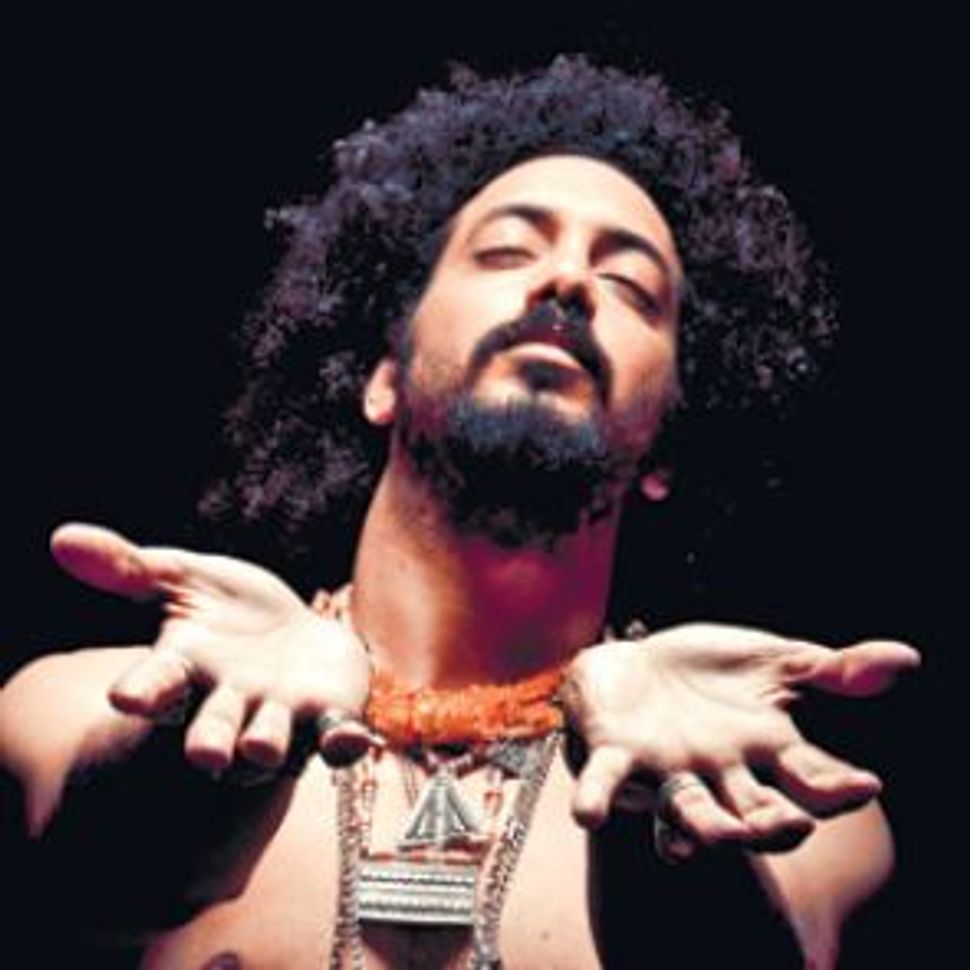 Image by Or Harpaz

Image by Or Harpaz

Singer Ravid Kahalani’s apartment in the trendy Basel neighborhood of north Tel Aviv is furnished in Moroccan style, and he’s Skype-ing in English with the mother of his daughter back in Finland. Next to a black piano stands a three-string bass instrument called a guembri, and the suitcases lying partially open on the floor give the place the appearance of a hotel room.

Kahalani’s songs are somewhat eclectic — largely based on lyrics in Yemeni Arabic in various dialects (along with Hebrew and some gibberish), against a background of traditional Yemeni music as well as blues, funk, soul and jazz. Nevertheless, the cultural mixture that constitutes the base for the music Kahalani creates with his band, Yemen Blues, is what spurs thousands of people from different cultures around the world to connect to his sound.

For Ravid Kahalani of Yemen Blues, ‘Music Is My Religion’