‘I’d gladly turn into a bird, to breathe the free air’ 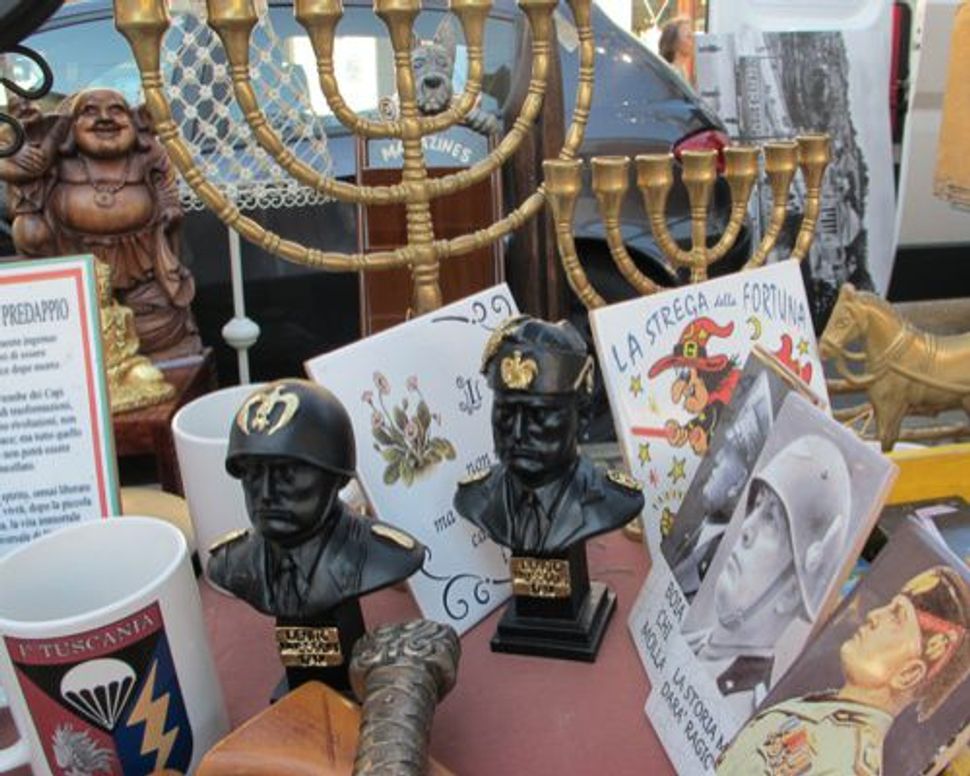 In Italy today, resistance against official anti-Semitism and Fascism has become an unexpectedly current topic. A counterweight is provided by current interest in Holocaust memorials and by an anthology which appeared on January 11 from Einaudi Editore, “Jews Under Persecution in Italy: Diaries and Letters from 1938 to 1945 (Gli ebrei sotto la persecuzione in Italia. Diari e lettere 1938-1945).

It was assembled and annotated by two historian/journalists, Mario Avagliano and Marco Palmieri, who in 2009 produced an anthology, also for Einaudi Editore, “Italian Prisoners of War: Diaries and Letters from Nazi lagers, 1943-1945” (Gli internati militari italiani. Diari e lettere dai lager nazisti 1943-1945) about Italy’s hitherto-forgotten soldiers who refused to take orders from the German military. “Jews Under Persecution in Italy” comprises letters and diary entries, many previously unpublished, to constitute what historian Michele Sarfatti terms, in a preface, a “choral history.”

Naturally, Primo Levi and poet Umberto Saba are represented, but there are also many humbler, unknown voices, such as Scipione Poggetto, who was fired from a job at Turin’s Fiat factory when Mussolini’s anti-Semitic laws went into effect in 1938, only to be conscripted as a Jew into forced labor, digging and transporting rocks. Poggetto notes in his 1942 diary: “The work is hard, but our spirits are very high.”

Another example of transcendence is provided by Gisella Weisz, of Yugoslavian Jewish origin, who notes in an early-1940s diary entry written at Ferramonti di Tarsia internment camps for Jews and foreigners in southern Italy:

Or a 1943 diarist, born in Livorno and living clandestinely in Florence, who writes of her desire to “shout to the four winds, I’m Lea Ottolenghi, I’m Jewish!” (Lea Ottolenghi, sono Ebrea! Vorrei gridarlo ai quattro venti). Many writings foreshadow appalling tragedy, such as letters by Leone Ginzburg, husband of the noted author Natalia Ginzburg. In 1944, Leone Ginzburg would be tortured and murdered in a Rome prison, but his 1941 letter to historian Luigi Salvatorelli, written from the central Italian town of Pizzoli, describes how, despite imprisonments and persecution, domestic life temporarily continued; “evenings, when the children have been put to bed,” he and Natalia sit opposite each other at a table, both busy with literary work: “these are our best times” (sono, quelle, le nostre ore migliori). Radiant with humanity at the worst of times for Italy’s Jews, these documents call out for prompt translation into English.

Watch anthologist Mario Avagliano speak on Italian TV in January about his book, “Jews Under Persecution in Italy.”

For Avagliano’s co-editor Marco Palmieri in a 2010 broadcast.

‘I’d gladly turn into a bird, to breathe the free air’