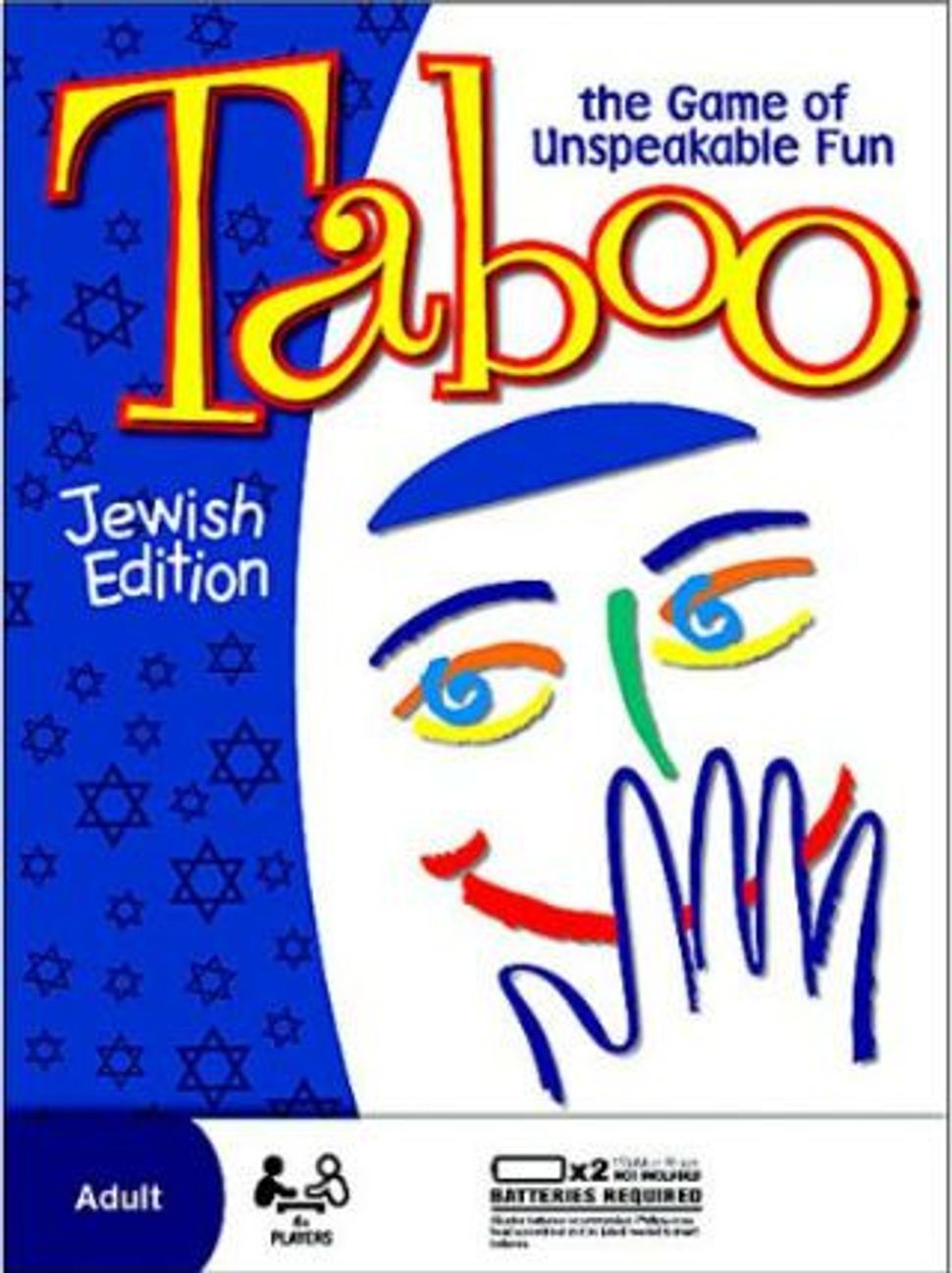 Two friends have turned their faith into a money-making venture, the Boston Herald reports.

Seth Burstein and Ian Framson were playing Taboo, the popular Hasbro game, when it struck them: “Dude, we should make a game called Tajew and have all of the clues related to Judaism,” Burstein told the Herald.

The duo reportedly vetted their ideas for the game by mining Burstein’s rabbi brother and Framson’s grandmother for guess words, some of which include “anoint”, “ark”, and “Adon Olam.”

Burstein and Framson then paired up with the Chicago-based Jewish Educational Toys, who contacted Hasbro for licensing purposes. The toy-making giant agreed, and Taboo, Jewish Edition now retails on Amazon for $34.95.

Taboo, Jewish Edition features packaging similar to that of the original — with the most noticeable difference being that the simpering face depicted on the Jewish edition box wears a yarmulke.