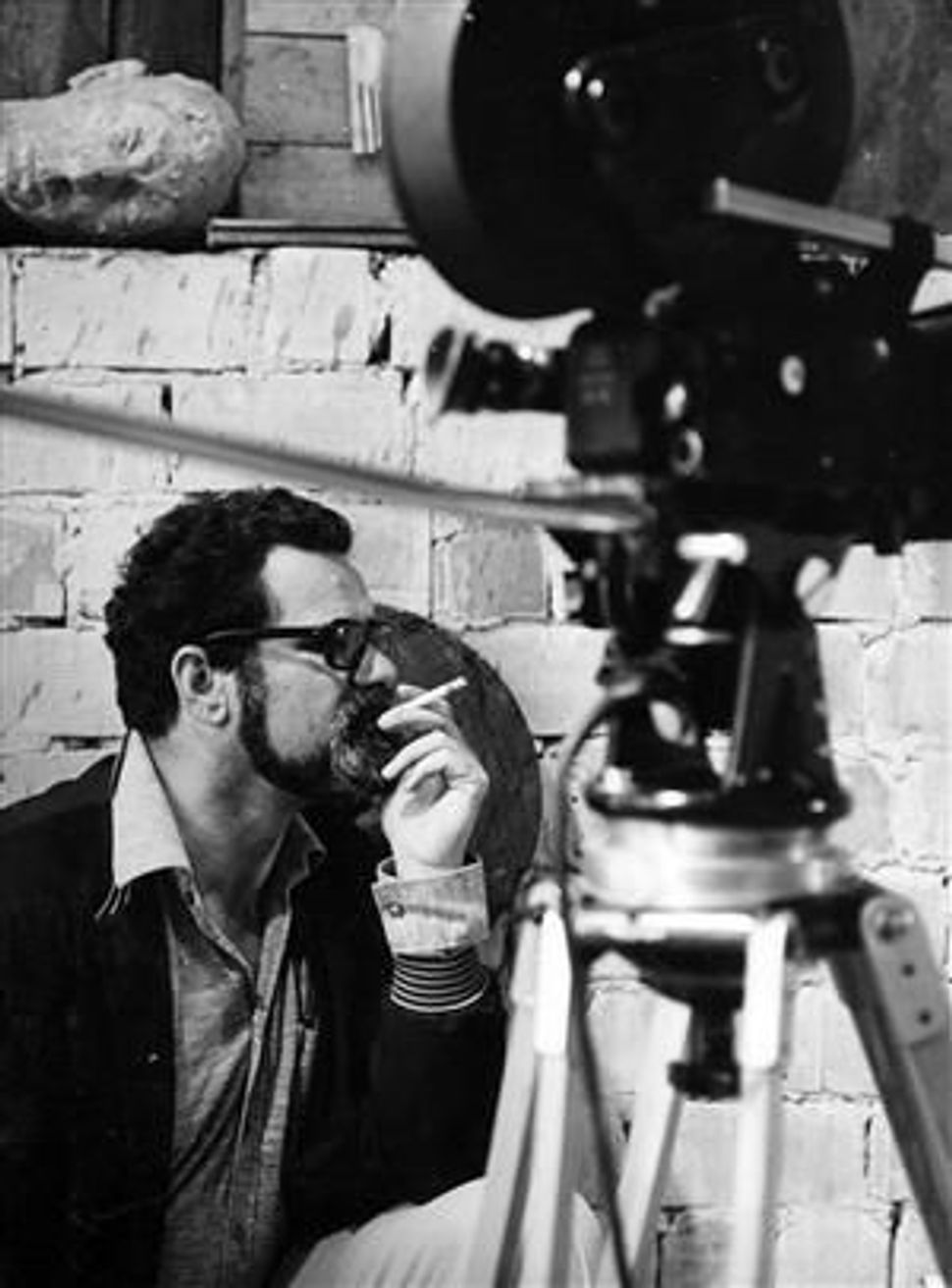 “The Murderers Are Among Us” (1946) was the first film made in Germany after the war. It was shot on location amid the rubble of Berlin. The plot follows an alcoholic doctor who is haunted by a war crime committed by his former captain, who is now a successful industrialist. The doctor becomes obsessed with killing the war criminal. Watching this film is a bizarre experience, because the doctor was played by actor Ernst Wilhelm Borchert, who had in fact been a Nazi party member. I couldn’t stop thinking about the absurdity: “Wouldn’t the character Borchert is playing hunt down the actual Borchert?”

“The Gleiwitz Case” (1961) is a fast moving docu-drama about the Nazis’ staged attack on a radio transmitter near Gleiwitz, in Upper Silesia. Hitler used the phony attack as a pretext to invade Poland. For a DEFA film, Gleiwitz is unusual for its avant-garde experimentation. The director, Gerhard Klein, employs a number of clashing styles: frenetic electronic music and a traditional orchestral score; stark realism and surrealism; linear editing and expressionistic montage. The film also self-consciously parodies Leni Riefenstahl’s “Triumph of the Will.” The combination of traditional narrative storytelling with an avante-garde sensibility keeps the viewer off-balance and makes him feel as though he is watching history as nightmare.

Konrad Wolf’s autobiographical “I Was Nineteen” (1968) may be the best film in the group. “Nineteen” is an episodic account of Wolf’s return to Germany as part of the invading Soviet Army. It is also a penetrating examination of post-war German identity. At times, Wolf’s close-ups of his characters and his naturalistic style give the film a French New Wave feel. There is also warmth and humor in the movie, which makes it all the more heartbreaking when characters we’ve come to identify with are killed unexpectedly. The one detracting factor is that the film is scrubbed clean — not surprisingly — of all references to the Soviet army’s brutality.

“Naked Among Wolves” (1963) is a fact-based, emotional and suspenseful account of prisoners in Buchenwald attempting to hide a Jewish child who has been smuggled into the camp. What makes the film stand out is the stark black and white cinematography and the fine performances and characterizations, which are free of cliché. Disturbingly, however, the Buchenwald of this film is portrayed as a mere prisoner-of-war camp. Elie Wiesel would not recognize it.

The essays accompanying the DVDs are interesting, but they fail to contextualize the Communist ideology in the films, and their historical omissions. They also fail to explain whether any of the directors are true auteurs or simply worked according to the dictates of censorship. This would be interesting to know, because unlike many other Eastern Bloc countries — Czecheslovakia (Milos Forman); Poland (Andrzej Wajda); Hungary (Miklós Jancsó); Yugoslavia (Dušan Makavejev); the Soviet Union (Andrei Tarkovsky) — East Germany does not appear to have produced a single great filmmaker. Though the films in this box set demonstrate promise compromised, they are still important pieces of filmmaking and a window into the mindset of postwar East Germany.

Watch the first part of ‘Naked Among Wolves’: