Sherwood Schwartz, Creator of ‘Gilligan’s Island,’ Is Dead at 94 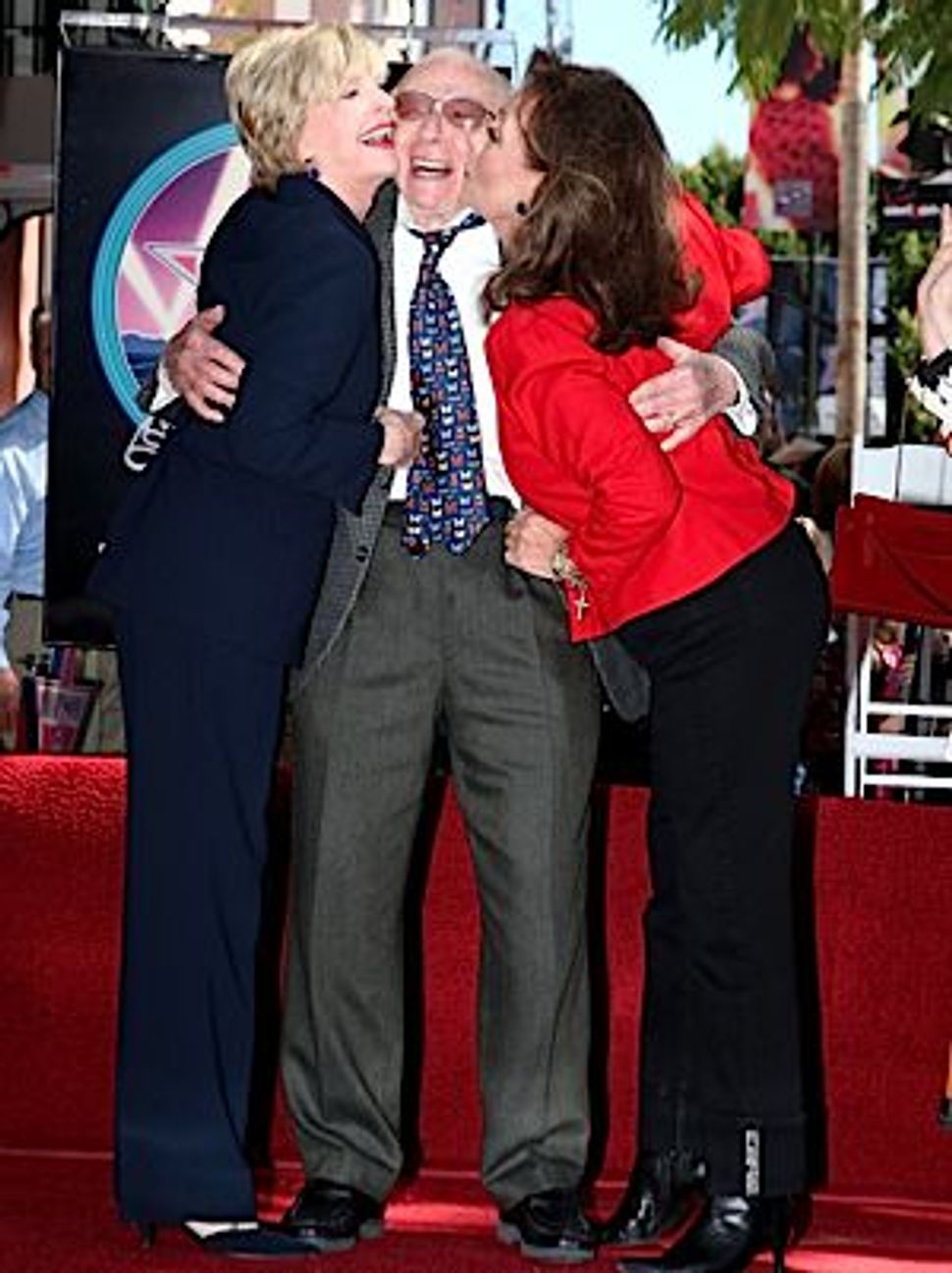 Sherwood Schwartz being honored with a star on the Hollywood Walk of Fame in 2008. Image by Getty Images

Just sit right back and you’ll hear a tale… Of a Jew from Passaic, NJ who created two iconic television series that helped define an era.

Sherwood Schwartz, who died today in Los Angeles at 94, was the force behind “Gilligan’s Island” and “The Brady Bunch,” two of the “most affectionately ridiculed and enduring television sitcoms of the 1960s and ’70s,” as The New York Times put it.

Schwartz “weathered painfully dismissive reviews to see his shows prosper and live on for decades in syndication,” the Times wrote. “Many critics suggested that they were successful because they ran counter to the tumultuous times in which they appeared: the era of the Vietnam War and sweeping social change.”

Schwartz gave up a medical career to write jokes for Bob Hope’s radio show, according to Access Hollywood. He went on to write for radio and TV shows including “The Adventures of Ozzie and Harriet,” and dreamed up the Robinson Crusoe-esque “Gilligan’s Island” in 1964.

The massively successful program, chronicling the circular adventures of seven disparate castaways, spawned movies, cartoons, and even a 2004 reality show Schwartz co-produced. Schwartz also wrote the show’s haunting theme song, whose opening lines — “”Sit right back and you’ll hear a tale, A tale of a fateful trip…” — are burned into the collective consciousness of millions of post-baby-boomers.

With an initial run from 1969 to 1974, “The Brady Bunch” also had an enduring afterlife and an equally contagious Schwartz-penned theme song (“This is the story / Of a lovely lady…”). It was followed by three one-season spinoffs, and a hit movie in 1995.

Schwartz died peacefully in his sleep of natural causes, according to the Associated Press. He is survived by his wife of 69 years, Mildred, and their four children.

Sherwood Schwartz, Creator of ‘Gilligan’s Island,’ Is Dead at 94