One Moshav’s Best Kept Secret: The Poetry of Chaim Rosenblum 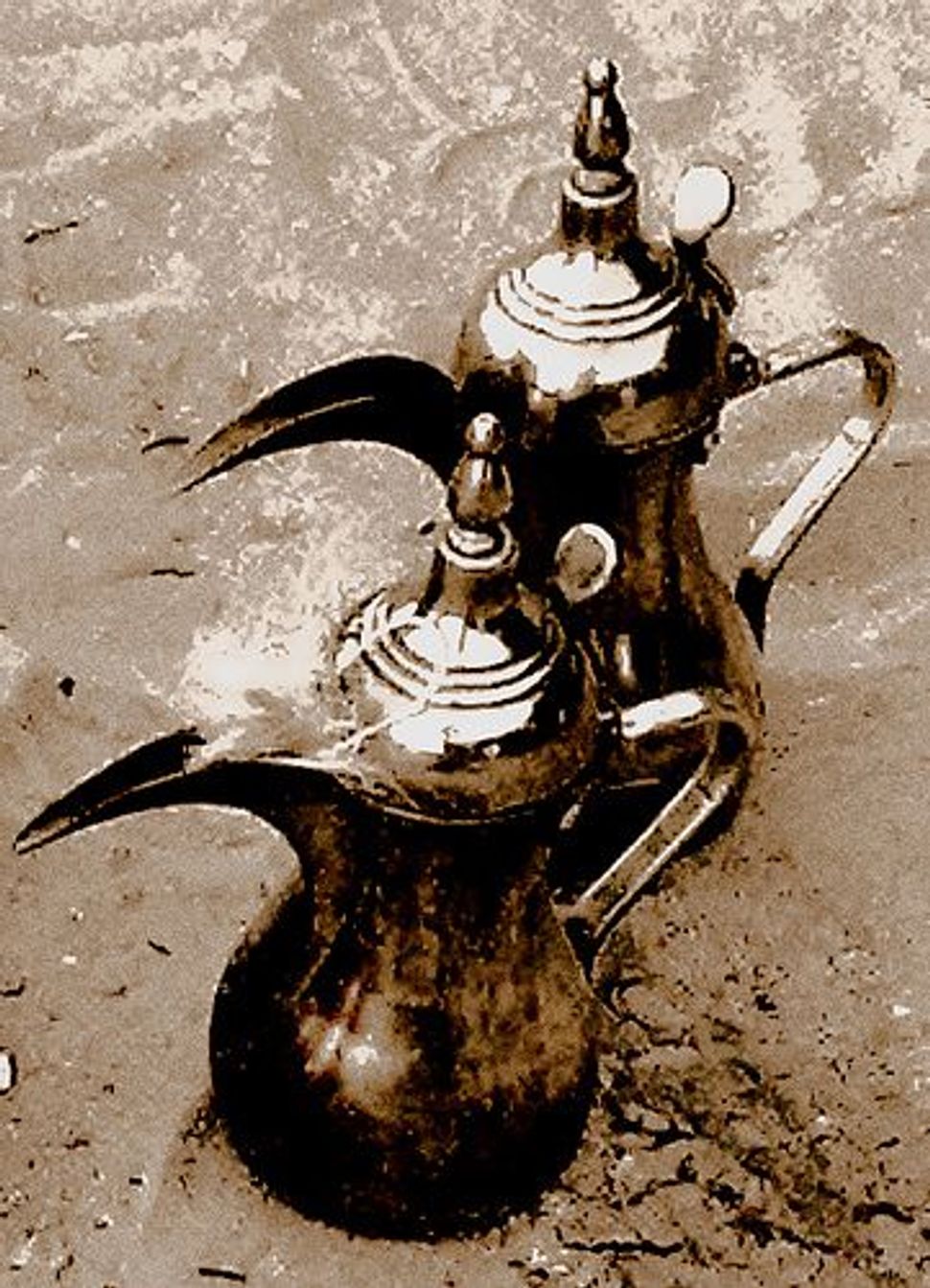 The Israeli Moshav Mevo Modi’im, founded by Shlomo Carlebach in 1976, has a major artist population, including painters, writers and musicians. Among them, originally hailing from Claremont, Calif., lives poet Chaim Rosenblum with his wife and seven children. We’re featuring three of his works on The Arty Semite today.

The first piece is more than a mere father-and-son poem — it is propelled by the tense juxtaposition of the struggling, shaky voice of the father against the confident, methodical ways of the son. It almost seems that it is the father, not the son, who is inchoate in the world around him.

The second poem, “Monkey House,” refers unambiguously to the Jewish laws of niddah, or family purity, according to which a husband and wife are physically separated for a number of days each month. This ritual, taken for granted in some circles and reviled in others, has perhaps never been described with longing quite as intense as Rosenblum’s.

Finally, “Grounds” is about poetry and inspiration, as well as the capricious and disdainful muse. The reference in the fourth stanza is to the Italian coffee-machine inventor, Alfonso Bialetti. Divination over coffee grounds is a practice which originates in the Middle East, and is a particularly appropriate metaphor. Discerning meanings in the shapes of that which others may consider nothing but mud is, indeed, akin to a poet’s visions in the cup of the everyday.

My son,
You’re bent in rapt attention,
exploring the sides
of a rubber band polygon
and then the guts of a clock
that once was mine.

Last night, you measured my nose
and cast sidelong glances at my sandals.

Today, you’re cloistered in a conference.

Lately, I’ve plotted to retrieve
that clock of mine, guts and all —
to do it just in time
before the day you return it to me fixed
because then you’ll know how.

Last night, I dreamed of us swimming in the sea.
The tide carried us in.
I was spitting up salt water.
You were collecting seashells
in the sand.

My words fly in the face of my heart and hormones, crying in their cacophony of voice to be with you. Lips and hands finding fitting counterparts for connection. But this cannot be, during days of quiet dispassion, counting down dusks that witness our separation.

My words fly like pigeons before the barks of wild dogs, biting and scratching. And everything within me bites and scratches, yearns and begs. But it is not up to us as we count down the days.

At times, I’d think that it would be good to go away. Volunteer at the zoo, clean and carry, let my consciousness sleep, and find myself on the other side of the monkey house with my fellow primates, watching with blank curiosity the daily stream of two-legged, too loud visitors; until that day when one of them looks familiar to me, stirring up longing, and says, “honey, it’s time to go.”

My ground-stained fingers
thrust out the cup for seconds,
scribbling love songs

My friends smirk at me,
at these awkward gestures of grinding.

“You’re no Alfonso Bialetti.”
(As if I would want to be!)

My java phoenix
turns away to the next table,
perhaps disdainful.

Her mocha eyes are clouding,
light shines softly from her French-roasted skin.

One Moshav’s Best Kept Secret: The Poetry of Chaim Rosenblum