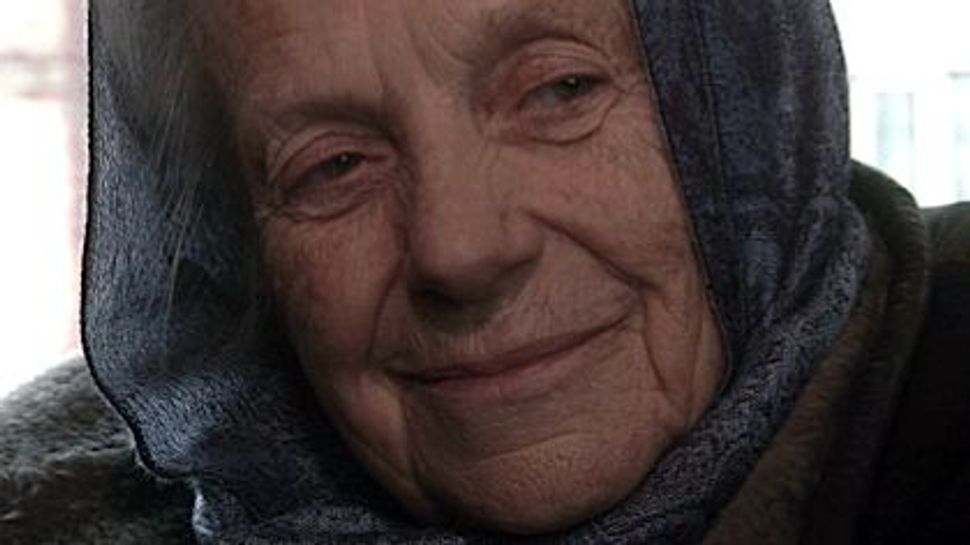 It is not by chance that Vadim Jendreyko’s documentary, “The Woman With the 5 Elephants,” about an 87-year-old Russian-to-German translator, opens with the image of a train crossing a bridge. As the lights from the windows of the moving train flicker through the night, Svetlana Geier’s voice recites:

She is reading this passage in German, words she translated from the Russian, words that amuse her because they refer to saying something without words. This thrills her because if something is said wordlessly it does not need to be translated.

Svetlana Geier is considered the world’s most masterful translator of Russian literature into German. The five elephants in the movie’s title refer to Dostoevsky’s great literary works, all of which have been translated by Geier.

In Dostoevsky’s novels, the characters are driven by the question of “Who am I?” In search of an answer, his protagonists fall into internal abysses or turn into murderers. In Geier’s case, her life was overshadowed by Europe’s brutal history.

Geier was born in Ukraine in 1923, and at age 15 saw her father arrested during Stalin’s purges. He was released 18 months later, sick and broken by torture. She was delegated by her mother to nurse him back to health, but he died a year later. At 18 she lost her best friend when S.S. commandos executed more than 30,000 Jews outside of Kiev, at Babi Yar. Her mother’s gift to her — her dowry, as she puts it — was to pay for her schooling in languages. It was to be what would take care of her.

We learn the historical context of Geier’s youth as the film progresses. The camera follows her as she undertakes a visit to her homeland, her first since the war. Archival footage and photos interspersed with scenes of the elderly Geier traveling on a train accompany the narrative voice-over of her story.

By chance, as Svetlana was bidding her best friend good-bye in front of her house, unaware that it would be the last time they would see each other, a Nazi officer approached her, inquiring if she knew of someone to keep house for him. Her mother volunteered for the job when she heard of the encounter. It was through this fateful meeting that Geier became that officer’s interpreter, with the promise of a grant to continue her studies in Germany if her work proved satisfactory.

When the Russians regained control of Ukraine she and her mother had no choice but to leave with the Germans, as remaining would have meant certain death for collaboration, and they were sent to a labor camp for Eastern European prisoners in Dortmond. In Germany, an official at the ministry for the occupied territories interceded on her behalf, granting her and her mother alien passports, something unheard of for prisoners of war. He also made good on the earlier promise to enable Geier to study in Germany, and in 1944 Svetlana was given a stipend to attend university at Freiburg.

In the movie Svetlana Geier expresses her gratitude to the individuals in the Third Reich who put themselves in danger for her. The Eastern European official who helped her was shortly thereafter sent to the front and his ministry was placed under the direct command of the Reich. She feels her work as a translator is in payment for her indebtedness to those like him. After the war Svetlana settled in Freiburg, became a university professor, married, had children, and is now the matriarch of a large family.

From the very beginning, the film is meticulously paced. Its long meditative shots take us through beautifully illuminated interiors in Geier’s home in Freiburg. We witness her attention to detail in her kitchen as she cooks, and her painstaking parsing of the text she is working on in her home office. All these scenes point to a very orderly and fruitful existence, lovingly rendered by the filmmaker’s painterly feel for light.

But it is when we are traveling on the train through Eastern Europe’s wintry landscape that we connect with Geier’s emotional world. The long takes, particularly those that sympathetically illuminate Geier’s face, now reflect painful memories. It is also in this section that we are introduced to a new language, Russian. Suddenly the soft liquid melody pouring from her lips brings us closer to the loss and longing that reside inside her.

This film gives us a textural glimpse into the life of a poetic and humble woman. Jendreyko shows how Geier has managed to transport one culture into another. Inevitably, there will always be loss — a piece of baggage left behind, as Geier refers to the translation process. But it is this absence that interests us; there lies the fullness of feeling.

”The Woman With the 5 Elephants” is screening July 20 to 26 at Film Forum.

Watch the trailer for ‘The Woman With the 5 Elephants’: