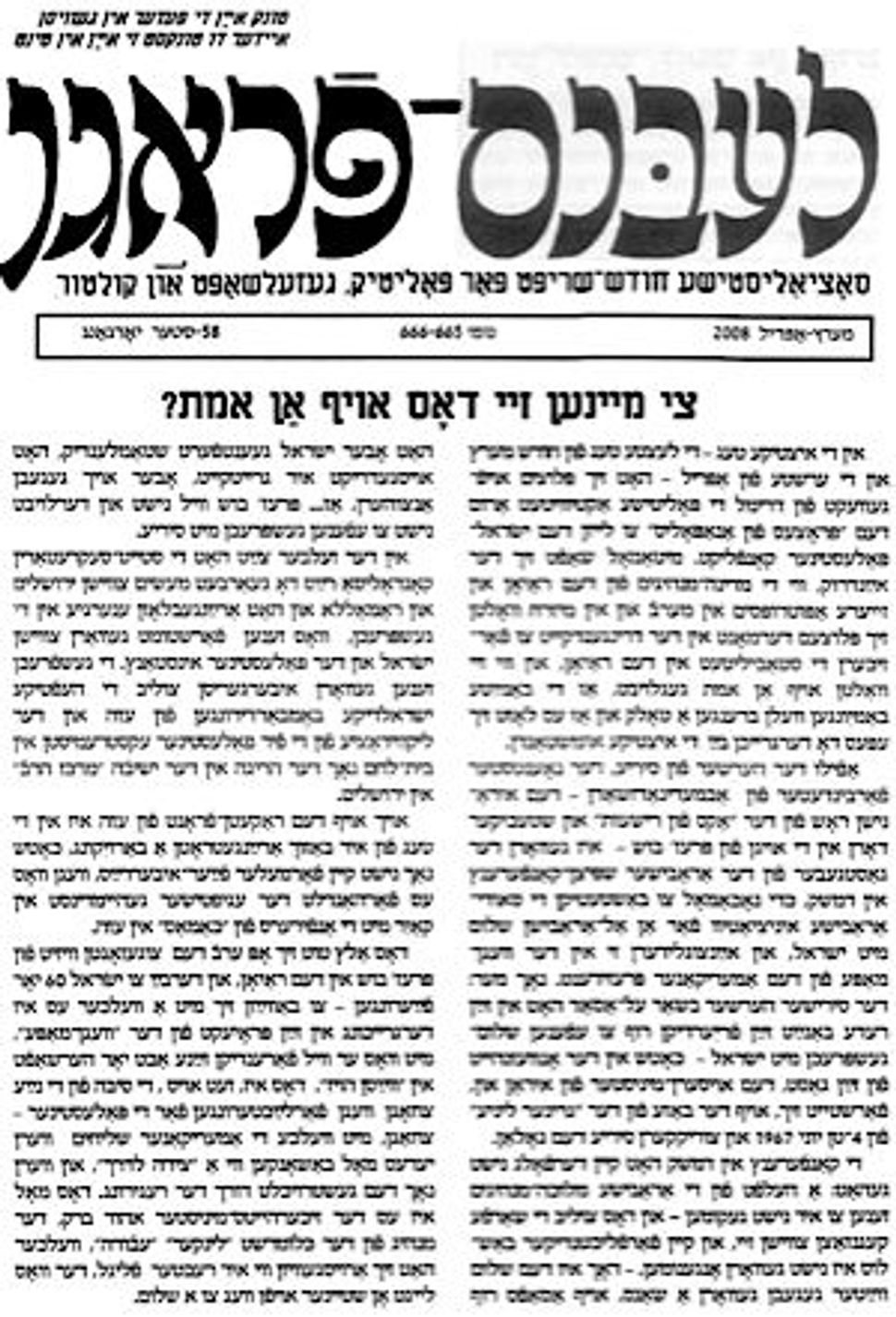 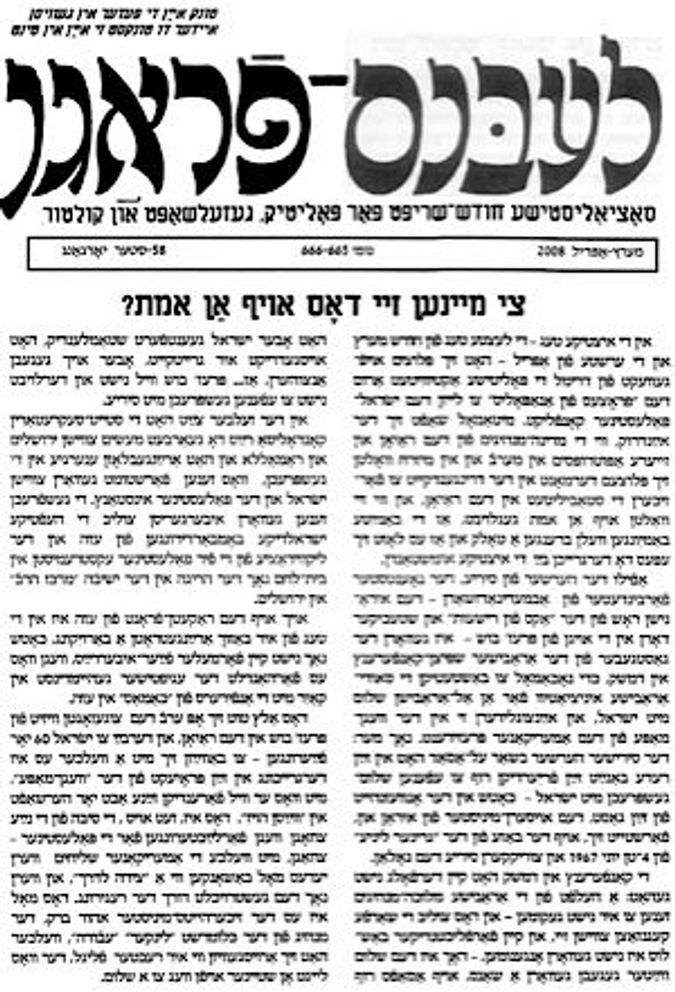 In May 1951, a group of immigrants to Israel, mainly Holocaust survivors, founded a social, political and cultural group based on the model of the General Jewish Labour Bund of pre-war Poland.

That group, which became the Israeli branch of the Workmen’s Circle/Arbeter Ring, bought a building on Kalisher Street in Tel Aviv, collected a Yiddish library of some 30,000 volumes, established a Yiddish chorus now directed by Aliza Blecherovitch, produced dozens of plays, and began publishing the monthly journal Lebns-fragn (literally “Life Questions,” but more accurately, “Essential Issues”).

On May 25, the magazine celebrated its 60th anniversary with a event that included readings by Shura Grinhoyz-Turkow, poet Rivke Bassman Ben-Haim, and a performance by the Mikhl Klepfish Choir, among others.

The double May-June 2011 issue, which was the 703rd and 704th of the publication, includes a history of the earlier incarnations of the Lebns-Fragn. Though started in its current form by I. Artusky, the magazine can be traced back to two issues published in 1912, which were edited by the legendary Bundist leader Vladimir Medem. It was then revitalized as a weekly in 1918 and as a daily in 1920 before the Polish government closed it down. Later, the Lebns-fragn was transformed into the Warsaw Bundist daily Folkstsaytung.

For the past four decades the Lebns-fragn has been edited by Yitskhok Luden, who is celebrating his 40th year as editor at the same time as the journal celebrates its 60th anniversary. In addition to editing the magazine, Luden is familiar to readers of the Forverts for his biweekly analyses of Israeli politics.

Today, Lebns-fragn is the only secular Yiddish publication in Israel. Just as important, however, it remains a refreshingly independent and progressive voice in the Israeli press.