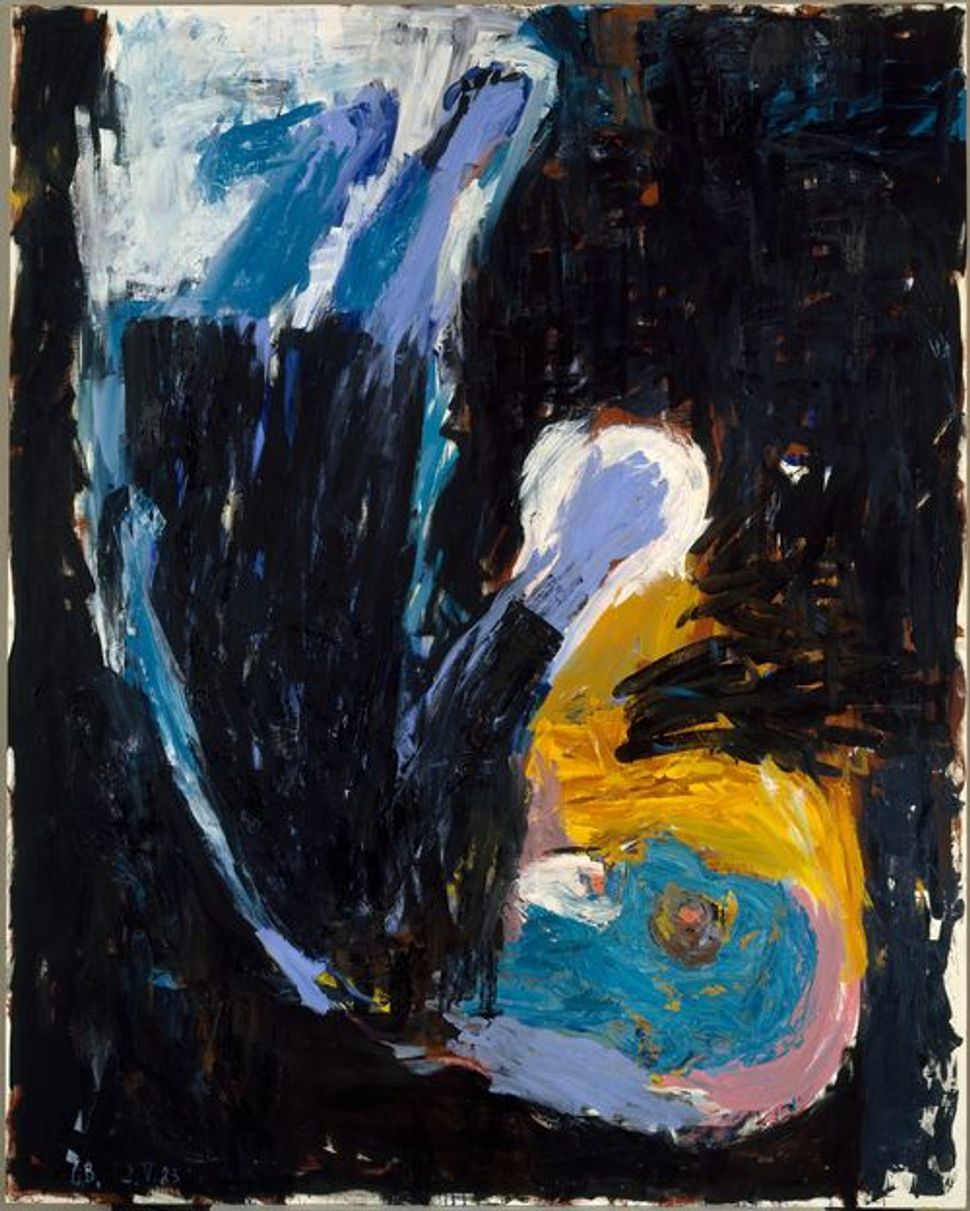 From ancient faith, Huttler wrests powerful new epigrams. Brief and often fragmented, they resolve with an incisive twist. When they introduce doubt, or admit to both fear and rage in the face of observance, they become at once simple and layered. Pegged to the cycle of Jewish holidays, the loveliest of them are nevertheless universal.

One such poem treats a biblical scapegoat, chosen by chance to assume the sins of the Jewish people. By underscoring the randomness of luck, “Goral” recalls the High Holy Day prayer “Unetanneh Tokef,” a litany of all of the possible — and often frightening — fates held in reserve for Jews in the upcoming year:

“Goral” bespeaks faith, but it also echoes the irony in the late Israeli poet Yehuda Amichai’s scathing poem “God Full of Mercy,” on the pain that’s been allowed by an allegedly caring deity.

Similarly, Huttler’s “Holiday Poem: last turn” conveys, in the voice of a dreidel, the helplessness of the faithful Jew, forever twisting his face toward God, even as the latter might turn away:

without a leg to stand on
I’ve got to keep spinning
just to remain upright
keeping you in suspense
which side of mine will He show you
— nun, gimmel, hei, shin —
as the nine flames illuminating me
slowly dim

until then
you can only guess
your fortune.

“Lakol Z’man” is not available from Amazon. To purchase a copy contact Yossi Huttler at [email protected]