Michele Bachmann’s Letter From the Kibbutz 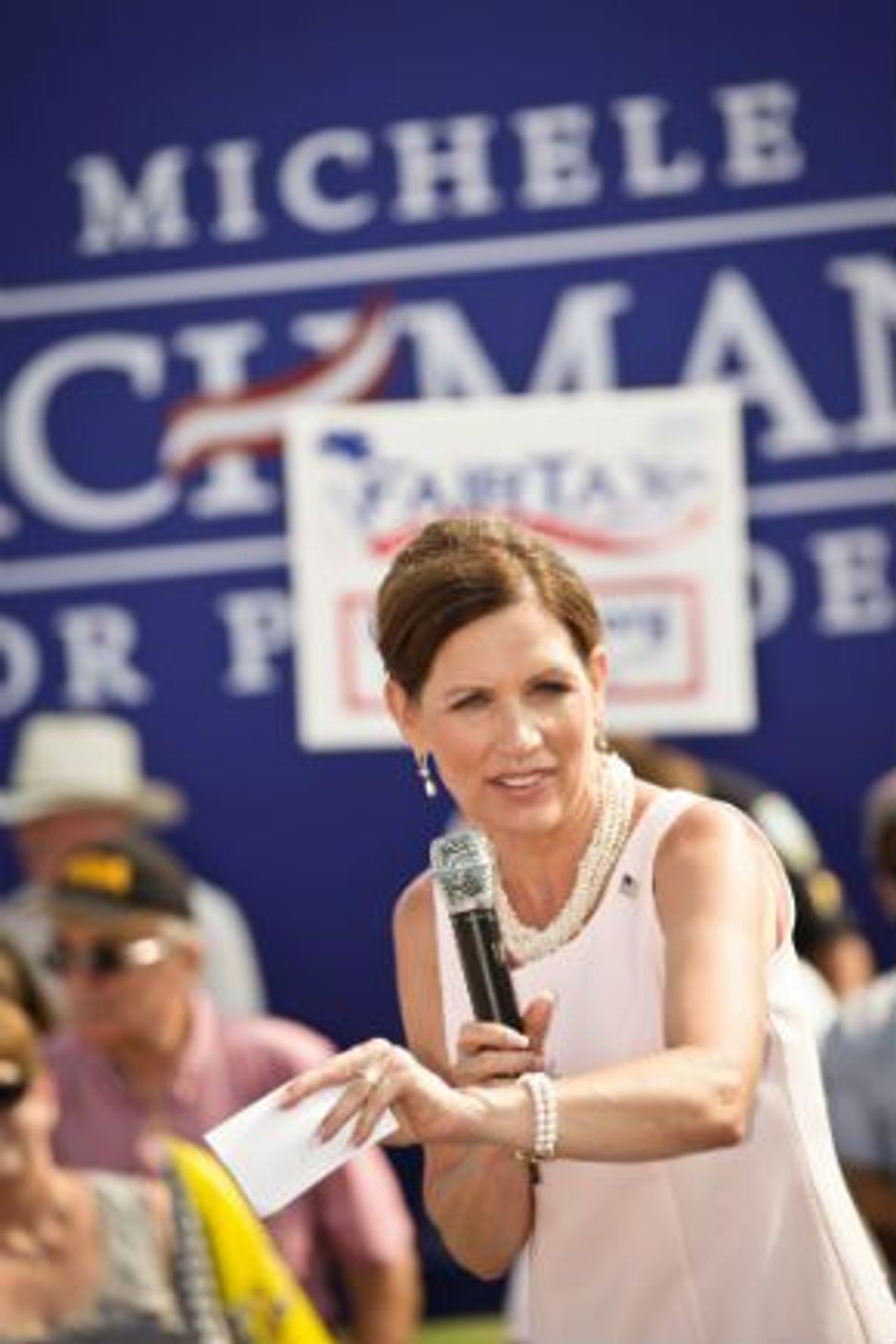 The Shmooze experienced a twinge of guilt last month when it poked fun at Michele Bachmann’s mispronunciation of “chutzpah” during an interview on Fox News. Yes, her use of the word may have been a shameless attempt at pandering to Jewish voters. But was it really fair to expect a Protestant from the Midwest to know Yiddish?

In the case of Bachmann, at least, the answer turns out to be yes!

The GOP presidential candidate spent time on a kibbutz during the mid-’70s, but apparently didn’t absorb much in terms of the local language. (No, Yiddish isn’t the language of Israel, but “chutzpah” has certainly made it into the local lexicon.) In a letter, Bachmann conceded that the locals had better language skills, admitting she “[felt] so stupid” next to Ziva and Hagar, young kibbutz residents who “can speak English so well.”

The letter, which Bachmann wrote in 1974 in the diary of said Ziva, appeared in Friday’s edition of Yediot Aharonot. Twelve at the time of her friendship with Bachmann, Ziva Yellin now works in the art gallery of the same kibbutz, Be’eri, not far from the border with Gaza. She described Bachmann, then 18, as one of the “beautiful girls” she met at the kibbutz swimming pool that summer, when Bachmann served as part of a group of Christian volunteers.

“This is especially for Ziva who has such a pretty smile,” Bachmann wrote, closing the letter, “I will remember and think about you always.”

Whatever you think of Bachmann’s politics, the letter is charming. And if it’s a good omen to have your personal correspondence revealed in the Israeli media, Bachmann should feel very encouraged.

Michele Bachmann’s Letter From the Kibbutz