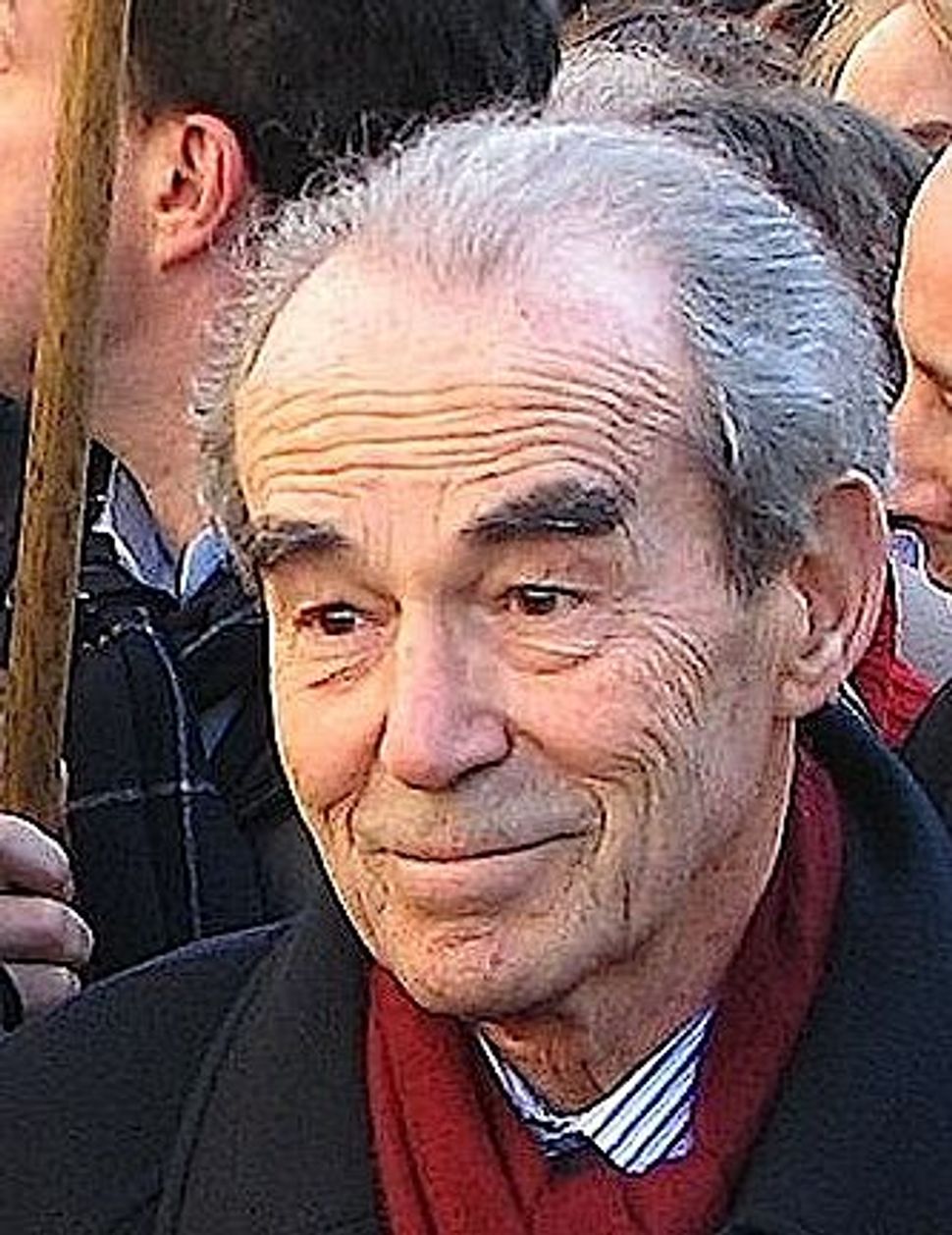 Former Minister of Justice in François Mitterrand’s government, Badinter published a Mitterrand-related memoir with Les éditions Fayard in March, with the wry title “Thorns and Roses” (Les épines et les roses), in reference to the symbol of a clenched first holding a red rose employed by Mitterrand’s socialist party.

Badinter recalls how Mendès France was so routinely attacked during his lifetime that during one 1958 visit, after Mendès France suggested taking a stroll through a park in Paris’s supposedly-genteel 16th arrondissement, they had to rush back to Mendès France’s apartment, “due to the eruption of insults from passersby.” Paying his respects to Mendès France on his deathbed, Badinter observes poetically that “on his features, his spirit was imbued with gentleness, exactly like the lilt of his voice when he was alive.”

During a ministerial meeting, Badinter suggested to Mitterrand that Mendès France be buried in the Panthéon — France’s monument for national heroes — in recognition of his ardent efforts to establish peace in the Middle East. Mitterrand received the suggestion “with reservations,” arguing that the time was “not right,” and French Jewish socialist statesman Léon Blum should receive this honor before Mendès France. Badinter notes that thirty years on, neither Blum nor Mendès France have received this much-deserved honor.

The most moving pages of “Thorns and Roses” are devoted to the belated prosecution of Nazi war criminals, especially the notorious Klaus Barbie, who had signed the 1943 deportation order in Lyons for Badinter’s own father, Simon Badinter, who was murdered at Auschwitz (Robert’s son, Simon’s namesake, is today a young advertising executive and host of a Boston radio chat program.

With typical sensitivity and discretion, Badinter skipped the photo op when Barbie was returned to France, scrupulously avoided any personal involvement in the prosecution, but did insist on the “Shakespearian vision,” as he terms it, of having Barbie imprisoned in the same horrific Fort Montluc prison in Lyons, where he had tortured victims to death decades before, so that the aging Nazi might be haunted by their ghosts. As Badinter writes:

I believe in the power of symbols, especially when they attest to the victory of justice.

Watch Badinter in March, speaking about racism in France today.

And in November, 2010, criticizing the ideas about justice of President Sarkozy.

And watch an excerpt from a documentary paying tribute to Badinter for helping to abolish the death penalty in France.