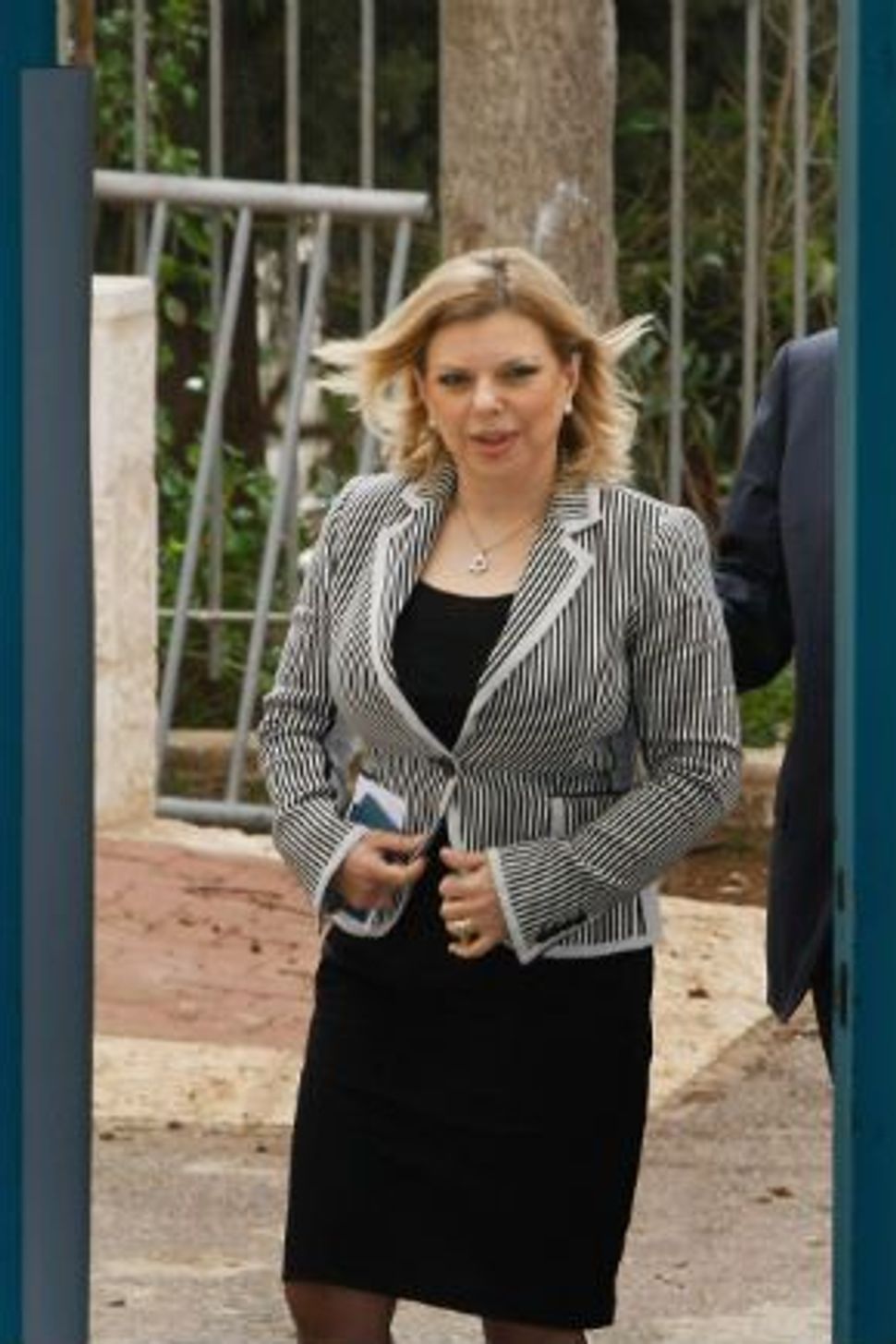 For the sake of his own political career, Benjamin Netanyahu might want to keep his wife away from household workers.

For the second time in less than two years, Israel’s first lady is being accused of serious mistreatment by an employee, an allegation that is now soaring to the top of Israel’s headlines. This time the complaint involves an as-yet unnamed foreign worker, who says she fell during an argument with Netanyahu. “She ran toward me, she came in my direction,” the worker told Channel 2 News, the country’s highest-rated nightly news program. “I got scared and moved back, then fell backwards and broke my finger.”

The dispute allegedly began over financial transfers from an account held by Sara Netanyahu’s elderly father, for whom the domestic worker provides care.

In response to the accusation, the prime minister’s office released an oddly worded statement that acknowledges the incident and doesn’t exactly deny the worker’s version of events. “Mrs. Netanyahu indeed commented in her house to the worker about insufficient and negligent care for her elderly, sick father. [His] caretaker dislocated one finger as she made an incorrect move, without any contact whatsoever with Mrs. Netanyahu or any other person.”

The statement says the worker was treated by a medical specialist and that no further treatment will be necessary. The caretaker is still working in the Netanyahu household, apparently.

However the new episode plays out, it’s part of a pattern of accusations that have been leveled at Sara Netanyahu over the years. A former flight attendant who’s now a psychologist, the first lady was sued last year for back pay by a worker in the family’s Caesarea home. Sara Netanyahu was also dogged by allegations of mistreating aides during her husband’s first term as prime minister in the 1990s.

As in last year’s lawsuit, the foreign worker in the current case says that Sara Netanyahu could be verbally abusive.

By contrast, the worker says her husband “behaved well” during their interactions.