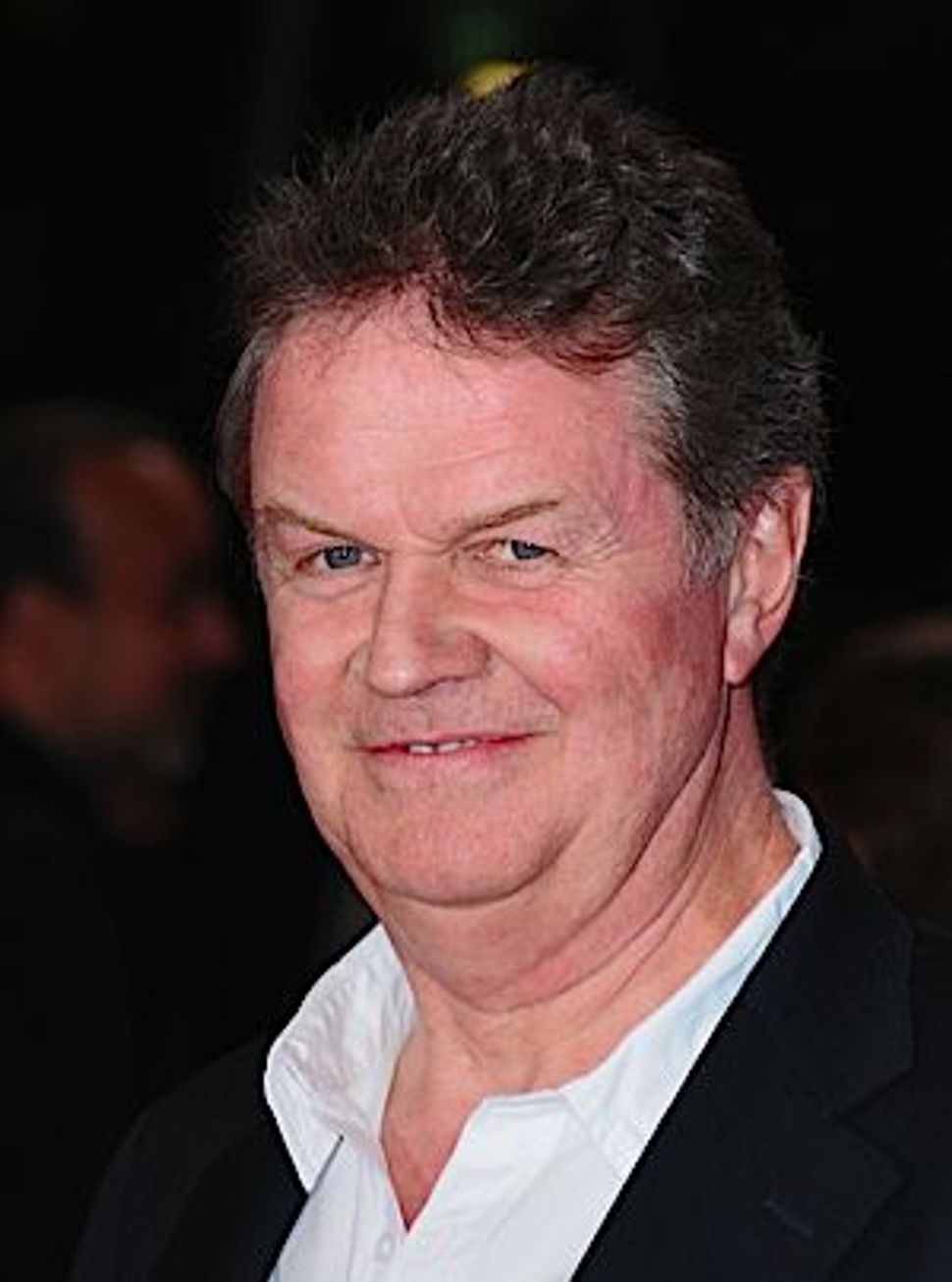 John Madden is a British director best known for “Shakespeare in Love,” which won the 1998 Academy Award for Best Picture. His latest film is “The Debt,” opening in theaters today. The film is a remake of the 2007 Israeli movie “Ha-Hov,” about the Mossad hunt for Nazi doctor Dieter Vogel, aka, the “Surgeon of Birkenau.” (Read the Forward’s review of the film here.) Madden spoke on the phone with The Arty Semite about creating his characters’ moral dilemmas, the perils of adapting Israeli cinema, and the meaning of “the debt.”

Curt Schleier: How did you get involved with “The Debt”?

John Madden: The producers, Matthew Vaughn and Kris Thykier, sent me a script, which was an adaptation that Matthew and Jane Goldman had made of the Israeli film, “Ha-Hov.” The original was made in Hebrew and made very commendable use of a very, very low budget. I thought the material very provocative and very interesting and when I saw it I set about reconstructing the film.

What changes did you make?

Basically, there were shifts in emphasis. I think the way in which the lives of the principals unravel from the impact of what they’ve done, and the politically expedient decision they make, is more the subject of this film. Therefore the “debt” has a slightly different meaning, the additional meaning of “a debt of truth.” The other film was more about unfinished business, I think. You are after a Nazi, a Nazi doctor, you are already in such a polarized situation. The heroic pursuit of an absolutely despicable man would have been less interesting than a story about a pursuit that examined the question of moral reputation, of moral responsibility.

Were any of the people from the original film involved?

They were in the sense that they came and visited the set. One of the producers of the original movie, Eitan Evan, is a producer of ours. I certainly met the guys and they read the script. I think everyone’s feeling was that it was great that the story was going to get a wider exposure.

Any time you do a film about Israel it potentially becomes political. Did any of the changes reflect that?

No. It felt to me that the story was immensely compelling so none of the changes were about that. It’s certainly true my film offers a much greater exterior life, but that’s something the Israeli film would have gone for had they had the resources. I think to the extent that the film is political, it is political with a small “p.” Obviously politics comes with Israel. Politics has been bound with it in the way the nation conducts itself and the way it defends itself. I knew that would be the case. But “The Debt” is not a political story; it’s about human behavior. That’s where the focus was for me. There is a phrase (one of the characters) Stephan Gold says: “Truth is a luxury.” That is a provocative idea, one that has a lot of resonance, and is at the center of the film.

Did politics come up on the set?

Certainly we talked about it, but nobody had a partisan view. We spoke mostly about the perspective of the individual characters. My responsibility was to be sure (the actors understood) individual characters’ perspectives on the situation. Stephan is clearly a career politician. David is a naive idealist who makes fatal mistake, which then robs Rachel of a moral compass.

Given the potential political implications, did you hold back on anything?

No, did I not pull my punches.

The critic for the Forward thinks this version of the film moved the emphasis off the Nazi as evil, and made the Mossad agents the bad guys. Do you think that’s true?

That was not the intention. I see that they’re led into or allow themselves a misguided decision, and you watch how they respond to the course the lie has taken. It’s the same choice they make in the original movie. So there is no shift there.