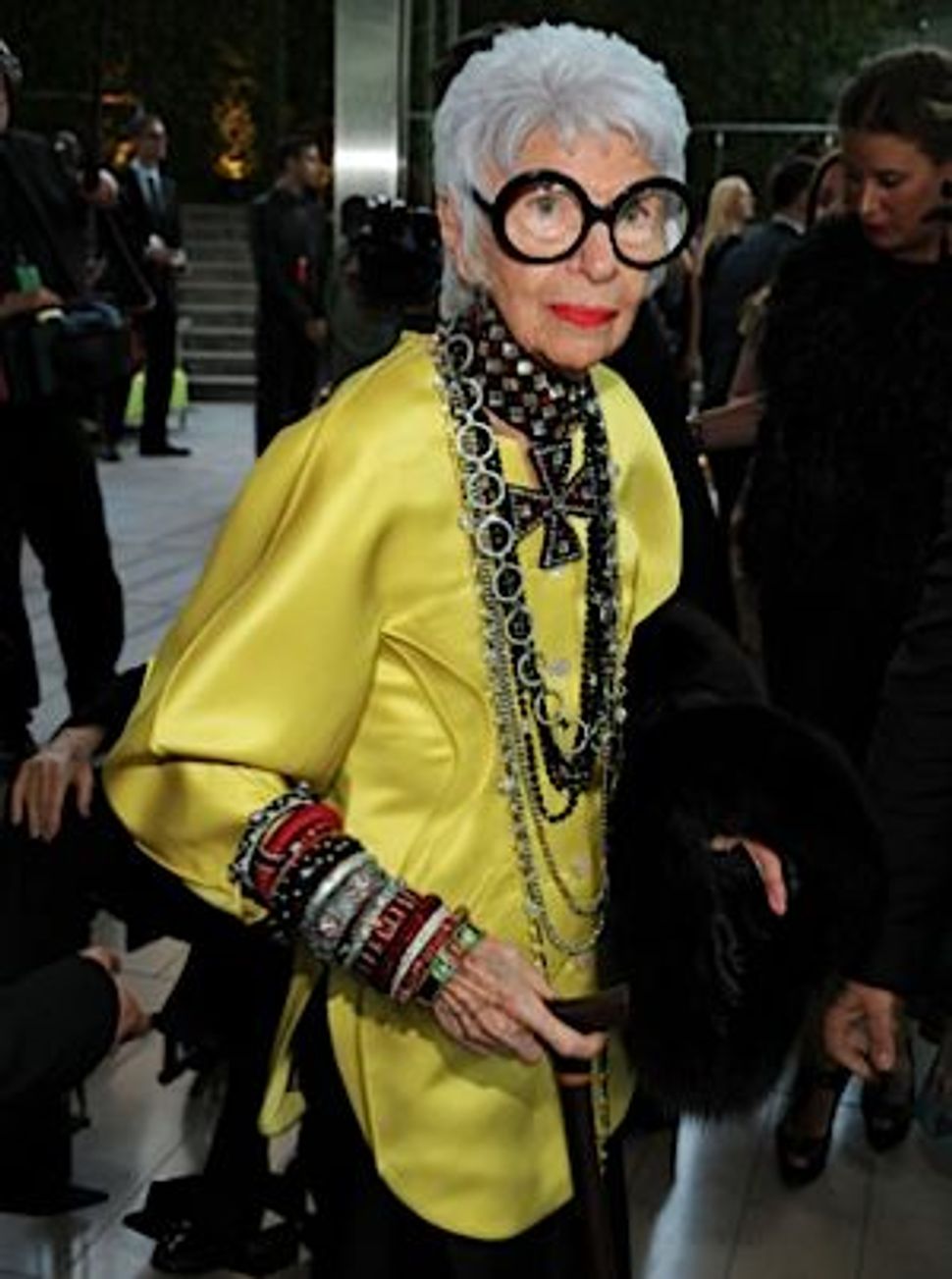 How many 90-year-old women start designing their own fashion accessories line for the Home Shopping Network and get to be the subject of a new documentary by a renowned filmmaker? Not many. But then again, Iris Apfel is not your usual nonagenarian. 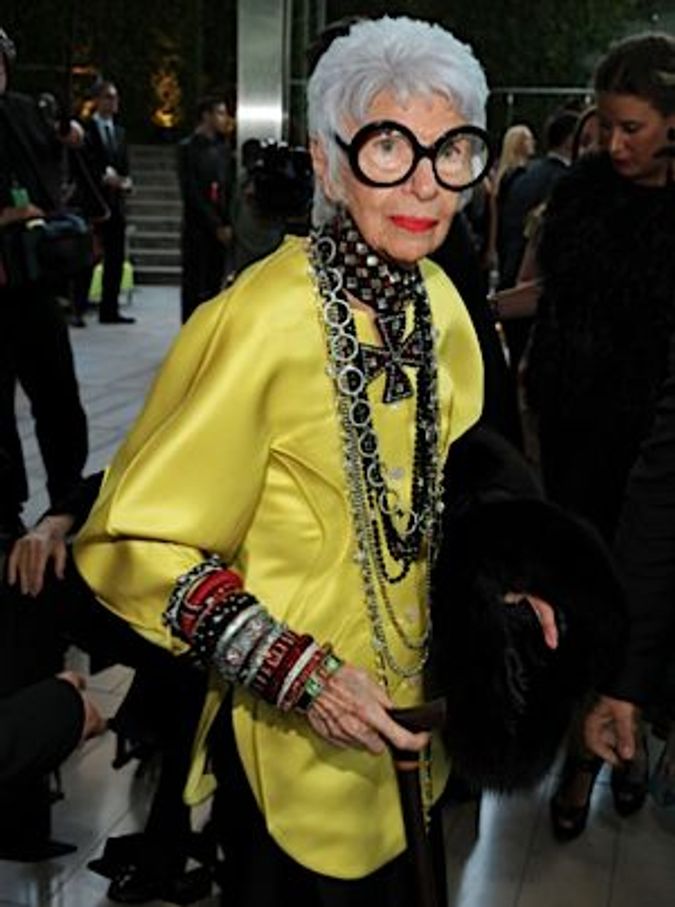 In the sunset of her life Apfel, style icon and interior designer, has received the most attention and been the most appreciated. As much as you may dislike her exotic and riotous taste (“A more-is-more mix of haute couture and hippie trimmings that appears at a glance to have been blended in a Cuisinart,” is how Ruth La Ferla referred to it in The New York Times), it is hard to take your eyes off her eye-popping outfits and oversized round eyeglasses.

While those glasses are going to be the inspiration for a line of scarves that Apfel will be hocking on HSN, it is her larger-than-life personality that has attracted Albert Maysles (director of “Grey Gardens”) and his production company. Apfel is a woman with a lot of moxie, a lot to say, and lots and lots of clothes — most of them stored in a huge warehouse. “She’s wonderfully strong-willed, opinionated and single-minded,” Bradley Kaplan, president of products at Maysles Films, told the Times. “She’s not a waffler.”

Others have recognized Apfel’s uniqueness and put either her or her clothes in the spotlight. The Metropolitan Museum of Art ran a show dedicated to her wardrobe in 2005. It was called “Rara Avis (Rare Bird): The Irreverent Iris Apfel,” perhaps a reference to her willingness to wear feathers, but most likely a nod to her singular sense of fashion. In 2007, Bruce Weber photographed the then-86-year-old for Italian Vogue. The same year, her wardrobe was documented in a coffee table book by photographer Eric Boman.

Apfel started her career at Women’s Wear Daily as an assistant to highly regarded interior designers and illustrators. She and her husband, Carl Apfel, ran their own textile and design firm, Old World Weavers, until their retirement in 1992. Over the years, Apfel worked on a number of important design restoration projects, including many at the White House.

“I never thought that in my dotage, that I’d have to find an entertainment lawyer,” the style icon told the Times’ La Ferla in reference to Maysles’ documentary. But given her growing celebrity status, Apfel shouldn’t be too surprised.

We can’t wait to see what she’s going to wear to the film’s premiere.