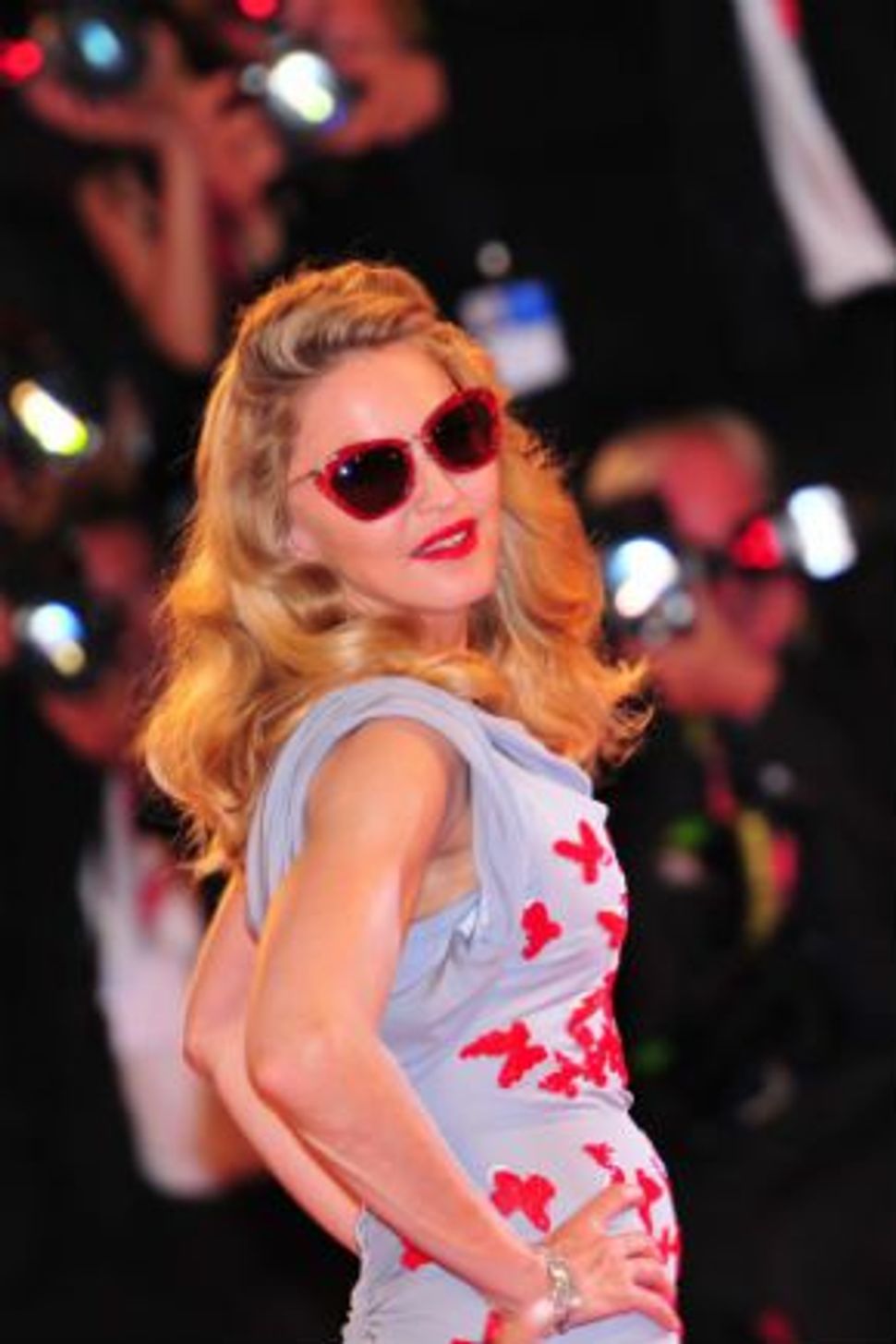 Madonna brought Kabbalah to the masses, but New York magazine still wonders whether her new movie might have a “Jewish problem.”

Last week, the singer attended the Venice Film Festival premiere of “W.E.,” her second effort as a director. Early reviews were mostly abysmal, but the film’s quality is only part of the story.

Co-written Madonna, the movie apparently offers a fawning vision of Wallis Simpson, the American divorcee who famously inspired England’s King Edward VIII to give up the throne. The movie ignores the pair’s friendly relationship with Hitler, which included a visit to his Berchtesgaden retreat in 1937, well after the nature of his regime became clear.

If that weren’t enough, the end credits thank anti-Semitism–spewing designer John Galliano — not to mention Leni Riefenstahl, the director who glorified the Nazis in some of history’s most influential propaganda films.