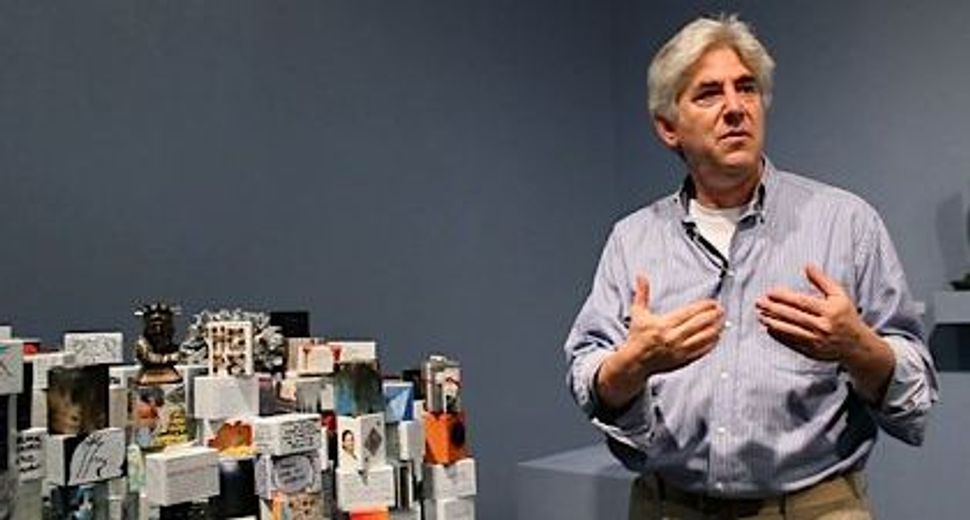 How does one heal from a traumatic event on the scale of 9/11? That’s the question tackled by artist Tobi Kahn in his exhibit, “Embodied Light: 9/11 in 2011,” on view at The Educational Alliance in Downtown Manhattan until November 23.

Kahn, a painter, sculptor and professor at the School of Visual Arts in New York City, is well known for creating meditative spaces in museums as well as places such as hospitals and hospices. “Embodied Light” contains Kahn’s own work as well as a series of 220 wooden blocks, representing the 220 floors of the twin towers, which were decorated by a wide array of New Yorkers. The Forward talked to Kahn about 9/11, creating sacred spaces, and the healing potential of art.