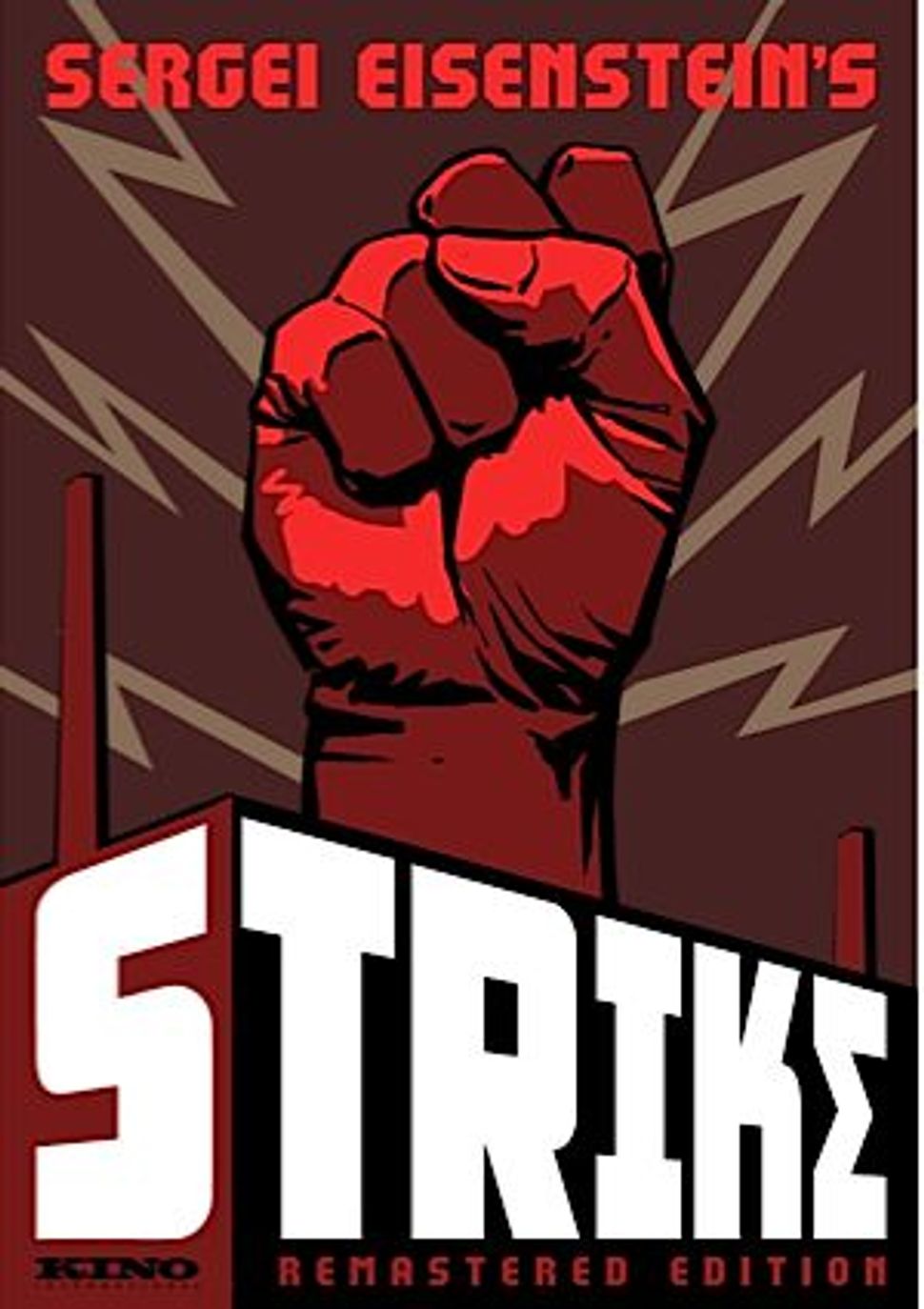 Strike has now been restored in a high quality DVD release.The film tells a straightforward tale of a factory strike during Czarist times, and the subsequent annihilation of the strikers by the Czar’s brutal police.

“Strike”’s reputation rests almost exclusively on its final moments. In the closing sequence, the Czar’s police massacre the workers. Intercut with this scene are images of the slaughter of a bull. Eisenstein is justly famous for his theory and practice of montage — the juxtaposition of two unrelated images that are joined in the act of editing to create a compelling synthesis or new meaning. But “Strike” is, unfortunately, rather dull. There is little in the film that lives up to the final sequence, and nothing as rousing as the celebrated “Odessa steps sequence” in Battleship Potemkin.

“Strike” possesses all the cliches of a communist propaganda film: oppressed workers, slimy class traitors, and obscenely fat capitalists smoking cigars. And there is little about the film’s style that transcends these propagandistic trappings. “Strike” is ultimately a film for Eisenstein completists. Anyone interested in his films would do better to watch “Potemkin,” “Alexander Nevsky,” or “Ivan The Terrible Parts I & II.”