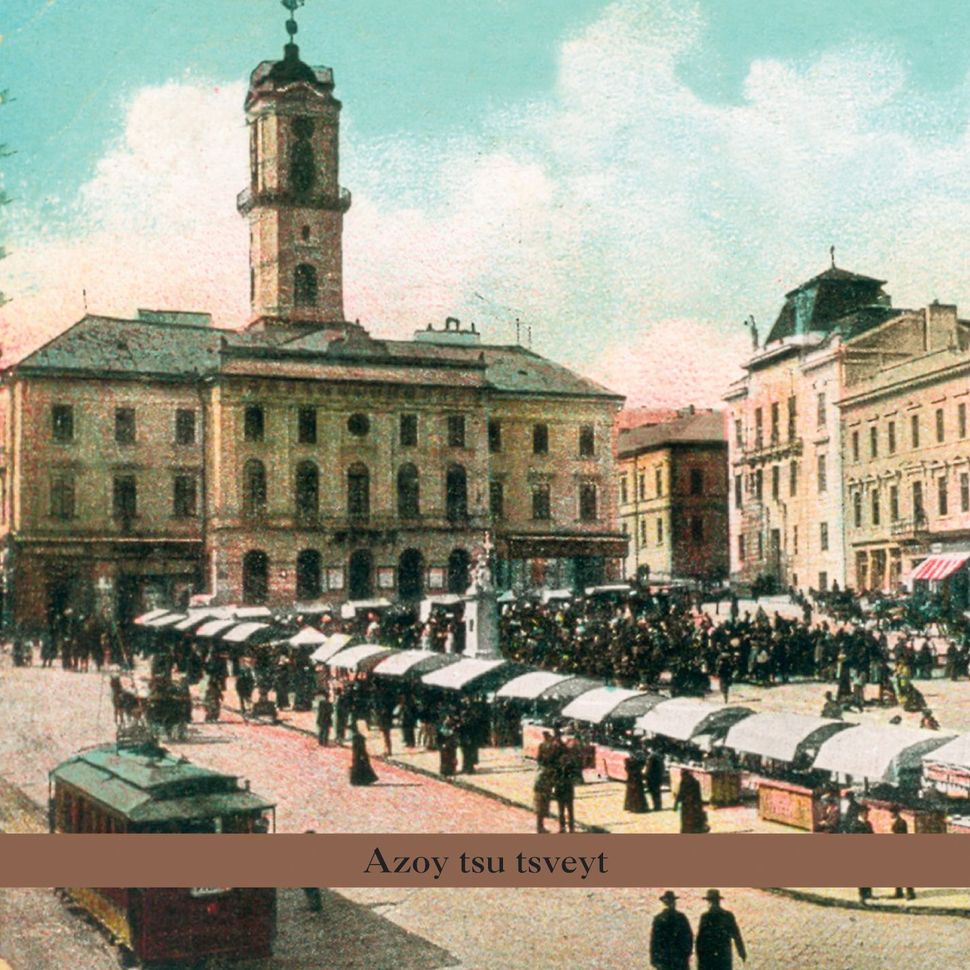 Though many of Tzadik’s albums mine the territory between klezmer and jazz, few show the seams of that synthesis quite as explicitly as Rubin and Caine. It’s not surprising. Whereas other albums often blur genre lines, Azoy clearly delineates where klezmer ends and jazz begins. Rubin, an ethnomusicologist and acclaimed klezmer musician, plays clarinet throughout the album. He riffs off of canonical 78 rpm recordings of klezmer star Naftule Brandwein’s own clarinet styling, such as on the opening to “Kiever.” His playing is skillful, adroit, and his instrument has a warm timbre. Caine’s playing, on a Fender Rhodes and Hammond Organ, is more playful.

One wonders if the two artists came into the project with different intentions. Rubin sounds committed to preserving the past, Caine to subverting it. This works perfectly in spots, such as on the melodious “Yiddish Soldier.” In other places, though, Rubin’s earnestness feels besieged by the shimmery, more translucent Rhodes. On “Eternal Love,” possibly the most interesting thesis for the project, a whiny montage of English Christmas carols interrupts Rubin’s gorgeous, impassioned playing. The intention may have been to play with assumptions of authority and appropriateness, but one can’t help but feel annoyed.

It’s not that such a project cannot work. Tzadik (and moments of “Azoy” itself) have proved what fertile ground jazz and klezmer fusions can produce. The problem is that Rubin’s commitment to the history of klezmer is so beautiful, so faithful, that Caine often seems like a bit of an interpolator. Caine’s own gestures to the history of jazz are far less respectful than Rubin’s to klezmer, and in they end they just feel shallow. When trying to challenge the canon, it’s best to make sure the canon doesn’t outshine the challenge.