Black Metal for the Sonderkommandos 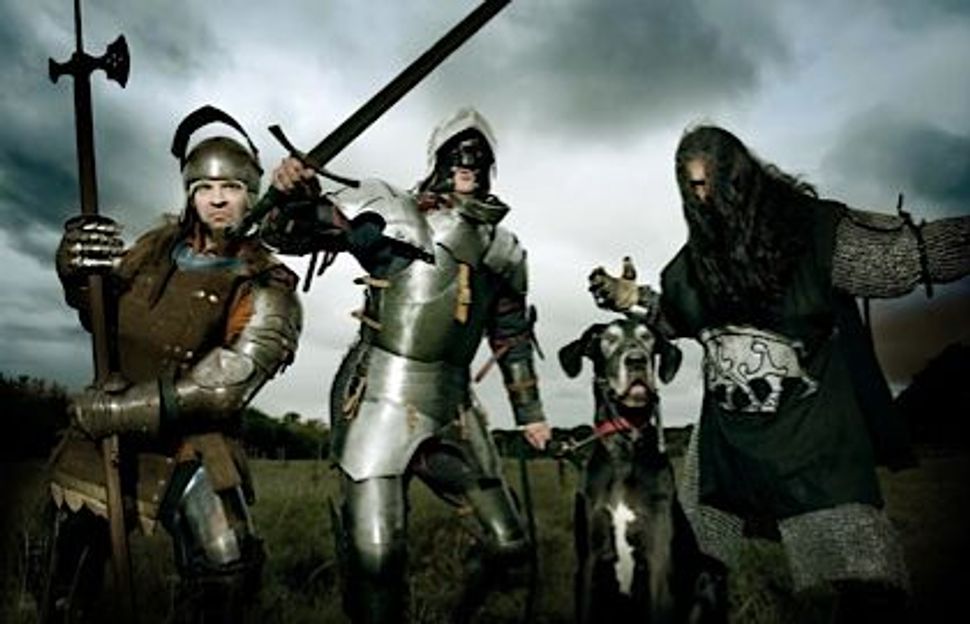 British black metal band The Meads of Asphodel are beginning work on an album about the Sonderkommandos, Jewish inmates who operated the gas chambers and crematoria in the concentration camps. According to metal news website blabbermouth, the band’s lead singer, Metatron (whose moniker comes from the name of a Jewish angel), is traveling to Krakow in November to research Auschwitz for the project, which will be called “Sonderkommando.”

“The album will lament on the burning death pits, Block 11, the crematoriums, the daily arrival of the trains and their human freight destined to the jaws of murder and to be stacked like logs in a factory of death,” blabbermouth reports. The Meads’ previous albums include “The Excommunication of Christ,” “Welcome to Planet Genocide” and “The Murder of Jesus the Jew.”

It’s hard to know what to make of such a project. Is it serious? Well intentioned? Exploitative? Metatron frames it in the pious language of Holocaust remembrance: “Maybe some things are best forgotten, maybe unspoken. Then again, maybe they should never be forgotten, and if spoken of, maybe the world will be a better place by remembering.”

What he doesn’t acknowledge is the possibility — or probability — that attempting to interpret the most horrific of Holocaust horrors through the lens of contemporary black metal will cheapen the raw force of the facts themselves. As Primo Levi wrote, the creation of the Sonderkommandos was among the Nazis’ most heinous acts, because by forcing their victims to carry out their own destruction, they made them complicit in their crimes. Can Metatron and The Meads of Asphodel do justice to such a thing?

In the debate over the appropriateness of Holocaust art, it’s hard to condemn one work without calling into question all artistic portrayals of the Shoah. But there is the occasional item that just comes off as, well, wrong.

Most metal is an aesthetic fantasy of darkness, which is fine. But when it attempts to tackle a real historical abomination, it blurs the line between the reality and the fantasy, turning the horror into an object of aesthetic indulgence.

Contrary to what Metatron seems to think, you can remember the Holocaust without turning it into black metal.

Black Metal for the Sonderkommandos