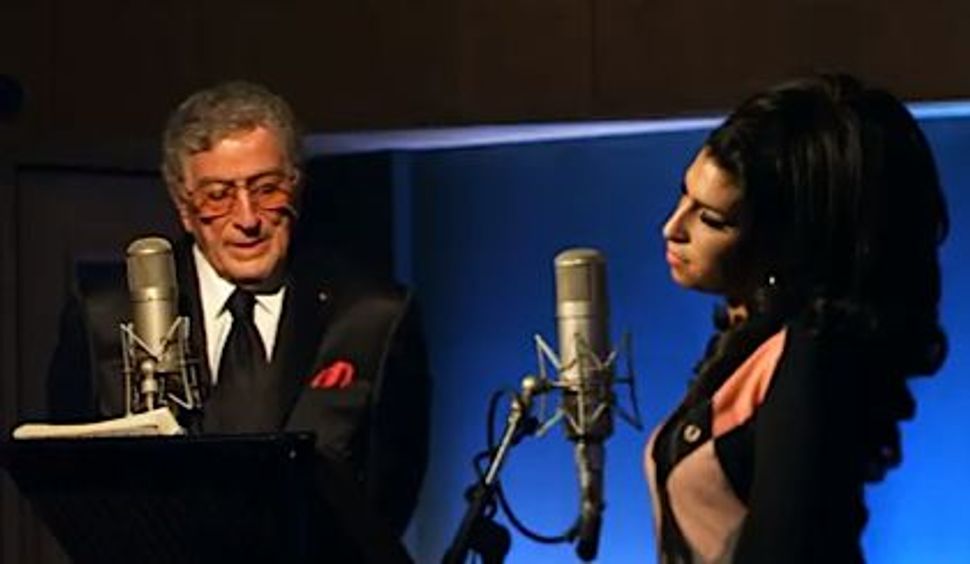 This week, in honor of what would have been Amy Winehouse’s 28th birthday, her duet with the legendary crooner Tony Bennett was released. The two recorded the jazz standard “Body and Soul” last March, just four months before Winehouse’s untimely death, to which no definitive cause has been attributed.

In a video about the recording Winehouse looks almost demure in a loose-fitting pink, grey, black and white argyle sweater as she lays down the track with Bennett. Relaxed and healthy-looking, Winehouse says she told “Tone” that she was excited that this particular song had been chosen. “It’s a beautifully written song, and it’s something you can do a lot with.”

The video clip ends with the two singers finishing the song together beautifully. “Our singing together just blended perfectly. It couldn’t have been better,” Winehouse said with a smile.