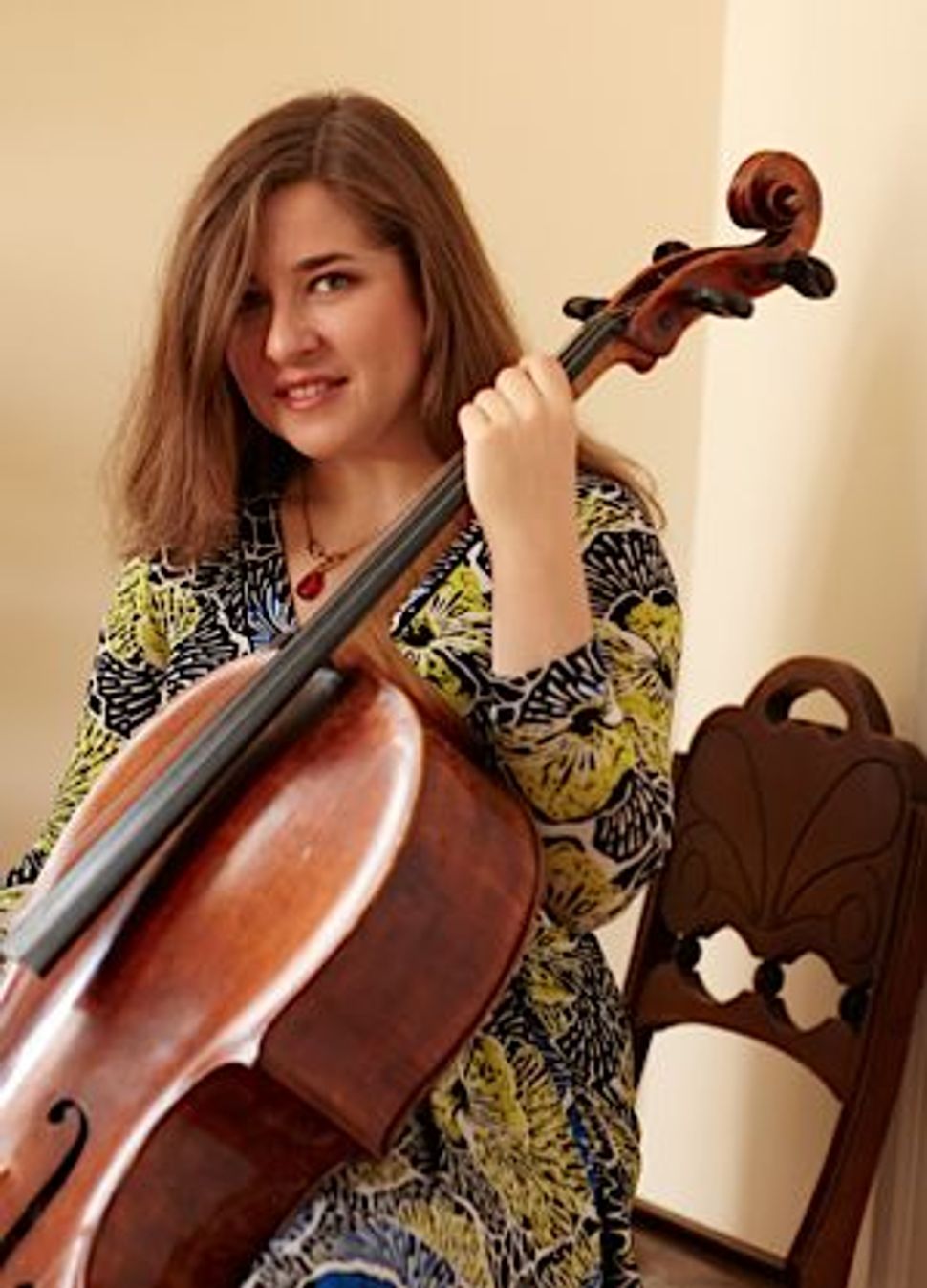 Cellist Alisa Weilerstein was at the Jerusalem International Chamber Music Festival last week when she received an unexpected phone call from the MacArthur Foundation telling her she was a recipient of their 2011 fellowship. The “Genius Award,” as it is called, is a no-strings-attached grant of $500,000, paid out over five years.

Weilerstein, 29, is a rising star in the classical music world. Though she plays compositions dating back to the 16th century, she also enjoys commissioning pieces by contemporary composers. In 2007 she worked closely with Osvaldo Golijov on a major revision of his “Azul,” a concerto inspired by a Pablo Neruda poem. Recognized for her precise and passionate playing, Weilerstein has appeared as a soloist with some of the most prestigious orchestras and collaborated with some of the greatest living conductors, including Daniel Barenboim.

Though music is central to her life, Weilerstein also pursued a bachelor’s degree in Russian History at Columbia University, which she received in 2004. She performs in over 100 concerts a year and has been an artist-in-residence at the Cleveland Institute of Music. Weilerstein’s recording of the Elgar Cello Concerto is forthcoming from Decca Classics.

Weilerstein spoke with The Arty Semite about getting the surprise phone call, working with other Jewish artists, and another reason why her parents are proud right now.

Renee Ghert-Zand: What was it like to find out that you had been named a MacArthur Fellow?

Alisa Weilerstein: I kind of had my head in the sand. I was rehearsing every day from 9:00 am to 6:00 pm, and then playing a concert each night. It was so far from my mind that I would receive anything like this. It was a freakish thing.

There is talk about your being the next Jacqueline Du Pre. Does that put a lot of pressure on you?

The comparison is very flattering. She is my favorite cellist who ever lived. I watched every bit of footage of her and listened to every one of her recordings before I was 10. I try not to pay too much attention, to be honest. It is really much better to focus on the work I’m doing and the relationships I have with other musicians and people that I learn from.

Your parents must be kvelling right now with the additional news that your brother Joshua has been appointed assistant conductor of the New York Philharmonic. Will he have the chance to conduct you?

They’re definitely kvelling a little bit now. Josh will be covering when I play with the New York Philharmonic in March, but he won’t actually be conducting the concert. By “covering,” I mean he’ll be listening to the balance, be at every single rehearsal, and act as understudy for the conductor in case he can’t go on stage to conduct the concert.

Have you played in Israel before, and does your Jewish upbringing contribute to your identity as a musician?

I’ve performed in Israel many times. I played with the Israel Philharmonic in 2010, and I’ve been to the Jerusalem International Chamber Music Festival. It’s an incredible place for me to play.

I didn’t have a terribly traditional upbringing. My family is pretty much secular Jews. We celebrate the holidays and I had a bat mitzvah. My brother and I were both raised with a strong sense of Jewish culture and identity. Of course, there’s a wonderful tradition of Jewish classical musicians that goes back a long way.

You’ve collaborated with a number of Jewish artists, including Osvaldo Golijov, Gabriel Kahane, Inon Barnatan, and of course Daniel Barenboim. Do you feel you share a connection with other Jewish musicians?

I do work with a lot of Jewish artists, but we don’t choose each other because of that. It’s whether I connect with them musically and whether we learn from one another. Of course, I’ve learned a tremendous amount from Daniel Barenboim in recent years.

What have you learned from Barenboim?

I think if you are going to use the term “genius,” he would fit that in every way. He can take apart a piece and show you a whole new perspective on it. It was incredibly eye opening for me to go through the cello repertoire with him. We have a recording project coming up together, which will be my first recording for Decca.

Do you know how you will use the award? Does it change your future plans in any way?

It’s so new. I’ve had a huge wad of cash thrown at me and I’m still trying to consider all my options. I’m really just happy for the way things are going. I’m looking forward to getting the Decca recording project going, and I have many concerts coming up, as well.