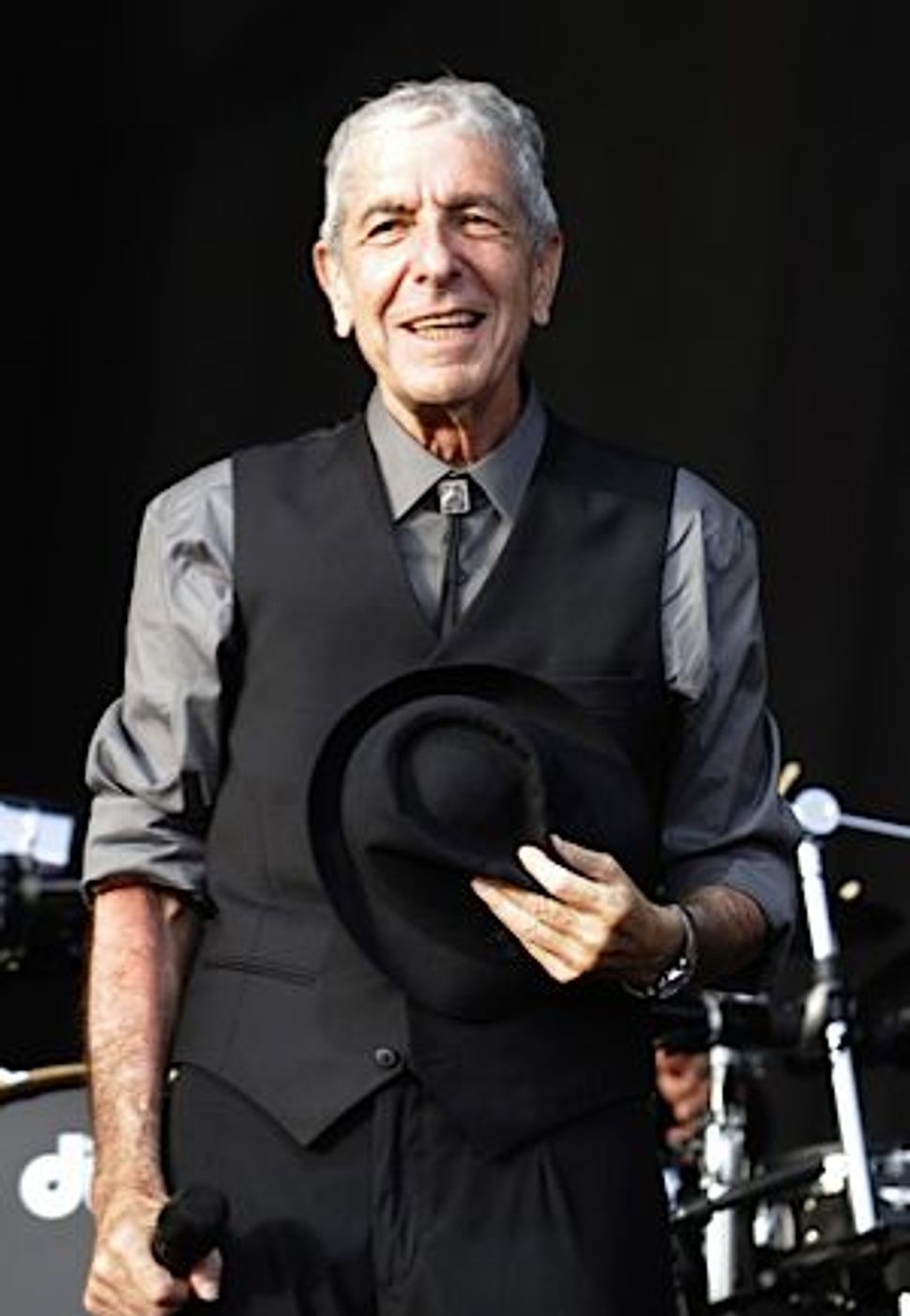 We were remiss in not wishing Leonard Cohen a happy birthday yesterday, but the 77-year-old Montreal poet, novelist and singer-songwriter has other consolations.

On October 11, Legacy Recordings will re-release 17 discs of Cohen’s back catalogue as a box set, including all of his studio albums and a few live ones, as well. The “Complete Albums Collection” will also include a 36-page booklet containing a 1,300 word essay by Pico Iyer.

As a personal tribute, though, I’d like to quote my favorite Leonard Cohen anecdote, about the 1972 “Songs of Love and Hate” tour, which comes from Ira Nadel’s 1998 biography, “Various Positions”:

In Jerusalem at the Yad Eliahu Sports Palace, there was pandemonium when Cohen stopped mid-performance and left the stage, agitated and in tears, saying that he could not go on and that the money should be refunded to the audience…. Backstage, Cohen suddenly decided he needed a shave; rummaging in his guitar case for his razor, he spied an envelope with some acid from years ago. He turned to his band and inquired: “Should we not try some?” “Why Not?” They answered. And “like the Eucharist,” Cohen has said, “I ripped open the envelope and handed out small portions to each band member”… The LSD took effect as he started to play and he saw the crowd unite into the grand image of “the Ancient of Days” from Daniel’s dream in the Old Testament… At that moment, Cohen had been singing “So Long, Marianne” intensely and a vision of Marianne appeared to him. He began to cry and, to hide his tears, turned to the band — only to discover that they, too, were in tears.

Thanks to the magic of the Internet you can actually see a clip from that performance on YouTube. Here, though, I’d like to point to a show in Vienna from 1976, which is the only instance I can find of Cohen singing in Yiddish. Happy birthday Leonard!