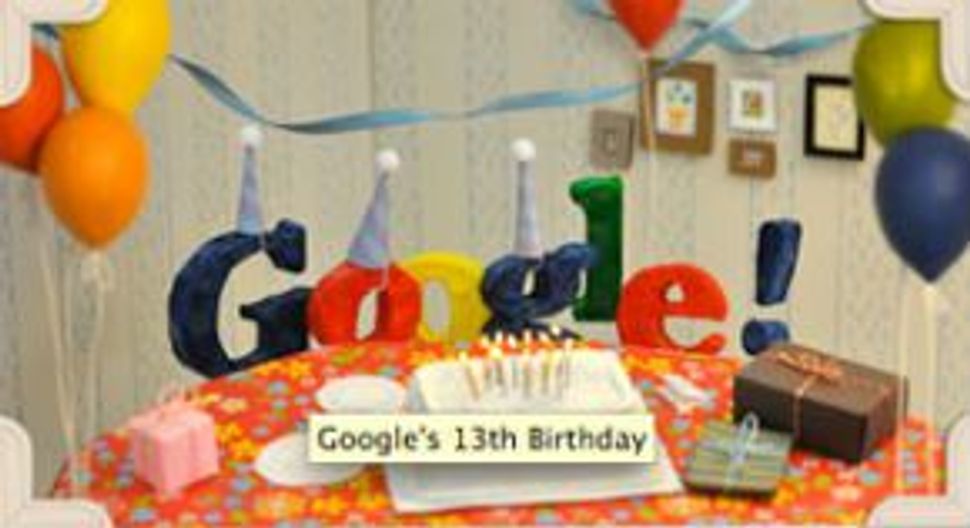 If you did an online search yesterday, chances are you saw Google’s homepage decorated with an animated cake, candles and other images celebrating the company’s 13th birthday.

Given the search engine’s Jewish parentage, it makes sense that New York City Mayor Michael Bloomberg used the occasion to congratulate the site on a major religious milestone, writing on Twitter, “Happy 13th Birthday … and best wishes on your Bar Mitzvah.”

The Shmooze hopes Google’s founders, Sergey Brin and Larry Page, took a moment to enjoy Bloomberg’s message about their company’s rite of passage. (We imagine Google Translate came in handy as the Bar Mitzvah boy worked on his speech.) We’re sure the party was lively but tasteful, and hope Google will give at least some of the gifts to charity.

How quickly they grow up!