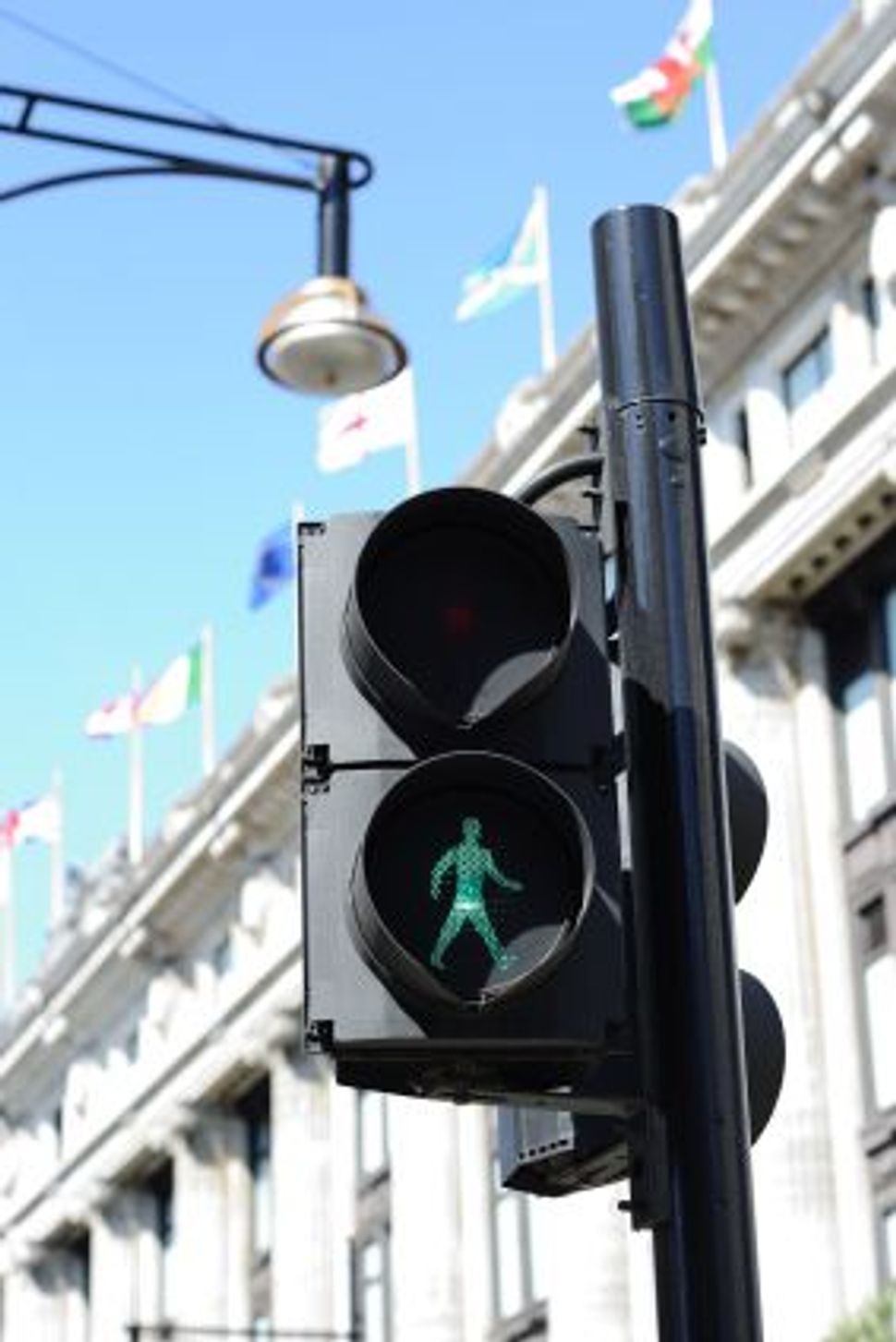 London is getting a “hands free” crosswalk so that observant Jews don’t have to risk their lives on the Sabbath.

Until now, pedestrians need to press a button on London crosswalks and wait for a “green man” to light up to signal they should cross. But for years, this has caused a problem for congregants at one of the city’s most popular synagogues — Finchley United Synagogue. After the Sabbath services, dozens of congregants are seen waiting for a gap in the traffic that never opens — unable to press the button due to Sabbath laws.

Now the crosswalk has been outfitted with a Sabbath mode, and will change automatically every 90 seconds. Strangely enough, it’s big national news — the Daily Mail reports here on the development in great detail. And it’s got the talkback crew talking. It’s the “thin end of the wedge,” according to one commenter who resents public expressions of Judaism. Another writes that the observant should “look left look right say a little prayer and run like the devil.”