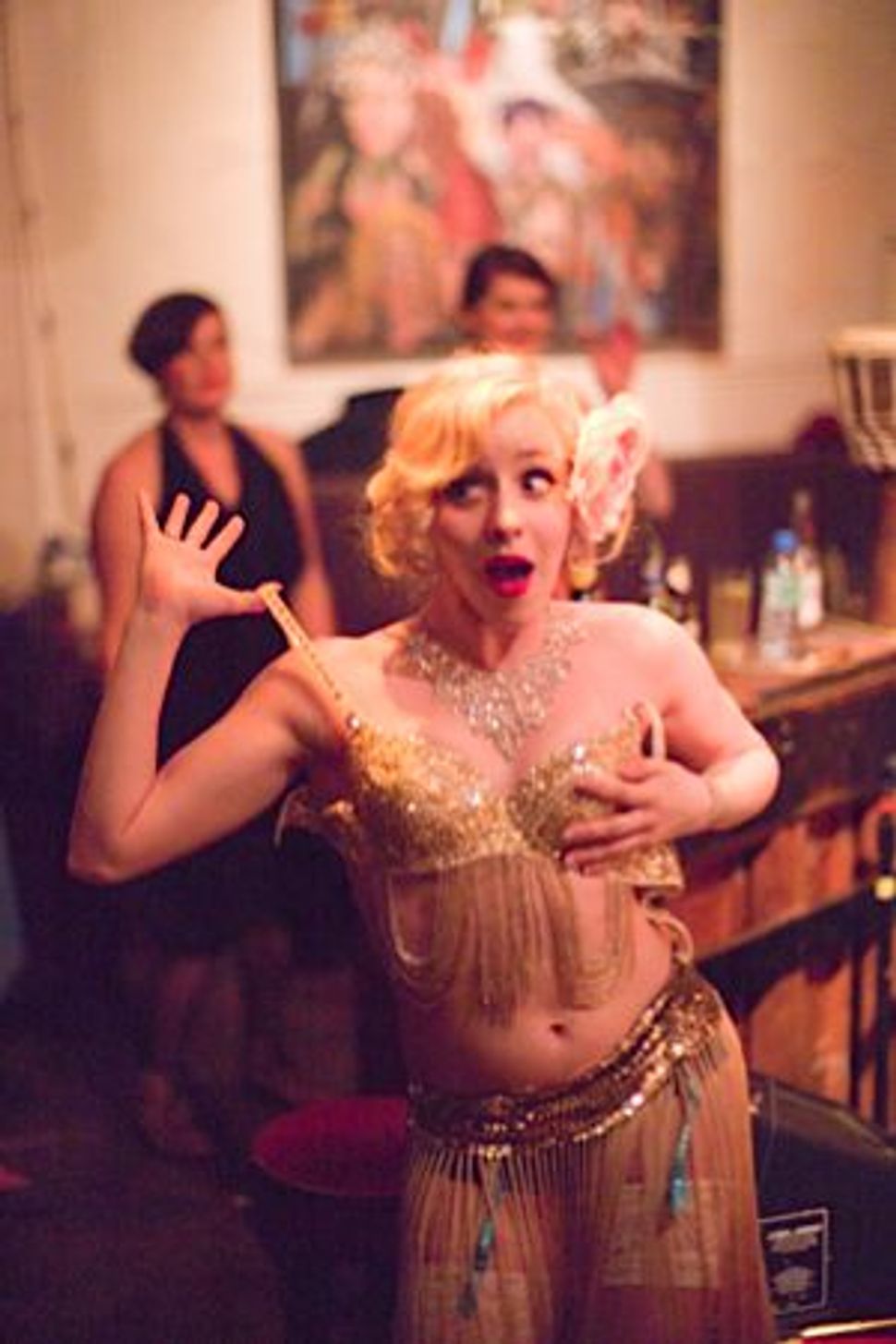 But they didn’t get in: 300,000 people — Jewish and Irish, dockers, bakers, tailors, Communists, anarchists, socialists and others — came out and fought to keep them out. The slogan splashed across walls and shouted in the streets was “No Pasaran!” the rallying cry of the anti-fascist war being fought in Spain. It means “they shall not pass.”

There are plenty of celebrations going on in London this week to mark the anniversary, many with a Jewish focus. However, out of over 40 events happening around the city, only one, hosted on October 1 at artist studios on Cable Street, promised an anti-fascist cabaret featuring “a mixture of klezmer, radical Yiddish song, political cabaret and punk folk.” But then, not everyone parties like Jewdas.

Sartorial instructions for the evening were “1930s chic,” which pulled in a crowd dressed as everything from Yiddish fish sellers to black-shirted fascists. One guy pulled off a remarkably good Oswald Mosley (who was known for his natty dress-sense as well as his appalling anti-Semitism).

Among the musical highlights were London’s Klezmer Klub, who sang songs telling the story of the Jewish East End from 1900 to the 1930s. They were joined onstage by writer David Rosenberg, who delivered a spoken-word narrative of the Battle of Cable Street while the band simmered away in the background. And songwriter Daniel Kahn hammered home a powerful set of Yiddish songs re-imagined for modern times.

For those needing a break from the music, there was fascist-communist arm-wrestling in the courtyard outside. (Unconfirmed reports indicated a “glorious Communist victory.”)

The whole affair intrigued people wandering past, resulting in the spectacle of ragged-trousered partygoers offering potted histories of British fascism to passersby.

In many respects, Cable Street is the perfect occasion for a Jewdas party. The so-called “radical voice for the alternative Jewish Diaspora” has a strong affinity with the radical politics of the immigrant East End in the early-20th century.

“We’re very inspired by that period of British-Jewish history,” said Jewdas member Daniel Nemenyi. “It’s something that should be celebrated. We’re trying to tap into our Yiddish pride and our radical London heritage.”

For a group that has been catalyzed partly by a sense that British-Jews have lost touch with their left wing past, it doesn’t get much better than the day when the working-class Jewish community — along with their fellow East-Enders — took the fight to the fascists and won.